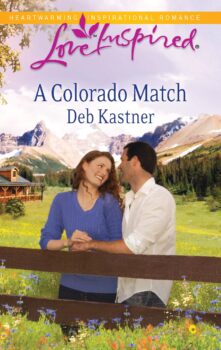 A Colorado Match
by Deb Kastner

Vince Morningway has always run the family ministry alone---and his way. Until his big-deal brother hires a business consultant to bring him---and the ministry---into this century. Suddenly Melanie Frazer, in her pastel suits and clicking heels, is organizing papers and talking computers. And she's too interested in sorting the dreams Vince has for his life. But those old dreams---to leave town and see the world instead of taking care of everyone and everything---passed him by long ago. Unless Melanie can show him how much he's always been needed, right here in Colorado...where an unexpected match is in the making.