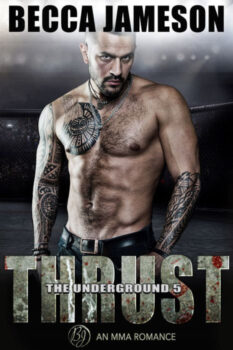 Falling for him in the easy part. Getting him to see her is the challenge.

Alena’s life has been upside down for a year and a half. First, she was abducted and held for six months in Russia, and then she was rescued and went into hiding in the US. She’s done hiding. She’s also done tiptoeing around Ivan, pretending she doesn’t want the man in her bed.

Ivan has kept Alena safe for nearly two months. He has spent every minute of that time fighting his attraction toward her. After all, she’s his best friend’s sister, she has no idea what kind of man Ivan is, and she has innocence written on her forehead. She is off limits.

When Alena bares everything—literally—Ivan is forced to face his feelings head on. But nothing changes the fact that the leader of the Russian Mafia is after both them and their friends. The FBI is working frantically to put an end to the terror, but it’s taking longer than anyone would have hoped.

Alena won’t wait for the threat to be contained. She intends to live her life now. It’s up to Ivan. In? Or out?

Originally published October 2016 in trade paperback and eBook by Hartwood Publishing Group, LLC. No additions or changes have been made to the story.