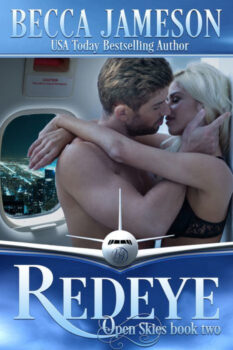 Christa
A harmless blind date with a buff Alpha formerly with Delta Force.
But then he kissed her, and rocked her foundation.
A week later when her apartment lease falls through, she’s in his home. In his life.
But she’s not the only woman who has her eye on him, and her competition doesn’t play fair.
Plus, the man throws mixed signals every time she’s in his arms.
No matter how hard she’s fallen for him, she’s not sure she can tolerate much more.
Meanwhile, her airline has put all flight attendants on alert for human trafficking.
When a suspicious group of teen girls catches Christa’s attention, she must act fast.
The last thing she expects is to end up as a hostage in a tense situation.

Mack
He agreed to take her out because she was smoking hot.
He hadn’t meant to fall for her.
She’s far too innocent for someone like him. The very definition of vanilla.
It takes every ounce of restraint to keep himself from taking things too fast.
How long can he deny his Alpha tendencies? What if he tamps them down and never tells her?
When it all blows up in his face, he’s not sure she will ever speak to him again.
Before he has a chance to beg her forgiveness, she falls hostage to a madman on her flight.
Rescuing her is his first priority.
Convincing her to give him another chance is second on the list.