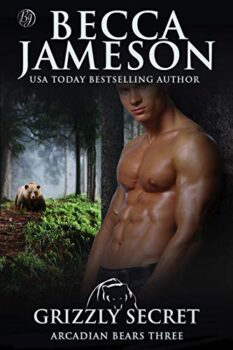 Ignoring the urge to bind is one thing…but for grizzly shifters, denying Nature for more than a decade is unheard of.

Grizzly shifter Joselyn Arthur has been living a lie. She’s been lying to her parents, her siblings, and even herself. The decision to return to her hometown in the mountains of Alberta, Canada, after university and take a job in the family brewery two years ago was not her best move.

Alton Tarben has also been working his butt off for the past two years in his family’s brewery on the other side of town. He too is questioning why on earth he thought this would be a good idea. He’s lonely and bored, and his bed needs warming.

When the two breweries end up in a battle over new product launches, Joselyn and Alton decide they’ve had enough. Enough hiding. Enough sneaking around. Enough separation.

The problem is that life is not that simple. Silvertip isn’t progressive enough to tolerate the binding of two shifters from rival bear packs. Joselyn and Alton must decide if they’re finally willing to put their happiness first and risk losing their families and their community.