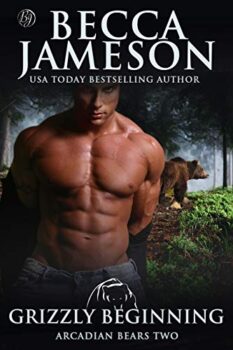 When trust is damaged, even binding might not be enough to unite mates for a lifetime.

Nuria Orson has waited fifteen years to return to her hometown of Silvertip, Alberta, the place where she was molested at age fifteen by her boyfriend’s older brother. If she had her way, she would never return, but she needs to sell her childhood home so she can move on with her life.

Austin Tarben has spent half his life silently pining for the girl he was certain was his mate before she left town with her parents in the middle of the night fifteen years ago. Believing she willingly dumped him for his brother before she disappeared, he has longed for answers for all these years.

When Austin learns his childhood sweetheart is in town, he forces himself to confront her. Nuria doesn’t welcome him with open arms, however. In fact, she’s furious. As the true story of what happened in high school unfolds, the two mates must decide if they can put the past behind them and forge a future together.

But Austin isn’t the only shifter in town shocked by Nuria’s arrival. It would seem she has a pile of enemies. Before Austin and Nuria can possibly reconcile, they need to figure out who wants her dead and why.