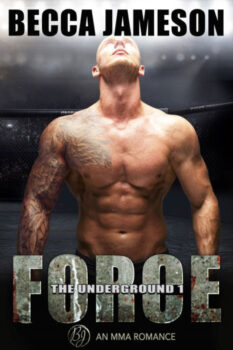 Rescuing her from the mob is easy. Keeping her safe from herself is another story…

Lauren has been hiding from the Russians for six months. She’s stir-crazy and finds it difficult to believe anyone is still hunting her. After all, the leader of the mob is behind bars. And then there’s Dmitry. That man is smoking hot with his shaved head, tattooed arms, and bulging muscles. If he doesn’t make a move for her soon, she will self-combust.

Dmitry is a member of the underground fight club. He secretly rescued Lauren from the Russians and has done everything in his power to keep her safe. His motives aren’t purely altruistic. He’s been in love with her for over half a year.

Lauren is done hiding. When she sneaks out and gets a job at a local bar, Dmitry loses his mind. If anyone finds her, she’s dead. If anyone finds her with him, they’re both dead. But there’s no stopping her. Even their bourgeoning relationship isn’t enough to keep her from defying logic.

Time is running out. Anyone could be following them. Or maybe they’re being overly cautious. In any case, Dmitry is facing the fight of his life. He can’t leave Lauren at home, and she’s a moving target in the crowded underground venue. When all hell breaks loose, will it destroy their world?

Originally published October 2015 in trade paperback and eBook by Hartwood Publishing Group, LLC. No additions or changes have been made to the story.