Authors on the Air

What happens when the person you trust the most betrays you? That’s the question posed in Betrayed, a powerful collection of stories about love, violence, and survival. The characters in these pages may suffer and bleed, but they fight back. They are survivors — not victims.

In Terri Lynn Coop’s Legal Aid, an overworked lawyer takes on a complex divorce case that just may get her fired … or killed.

An invalid who believes his neighbor is tormenting his young wife takes matters into his own hands in Wendy Tyson’s Soap.

When a private investigator is hired to find someone who appears to have disappeared from the face of the earth, he questions whether some people should be found in How Not to Find Someone in Houston by Liam Sweeney.

And in Elizabeth Heiter’s The Second Shot a teenage girl is convicted of murdering her abusive father … but is she really guilty?

As a bonus, New York Times bestseller Allison Brennan contributed the novella, Mirror, Mirror, about what happens when a police detective suspects her sister is hiding a dark secret … a secret that just may get them both killed.

These stories and more fill the pages of the first anthology published by Authors on the Air. Victims become victors and — hopefully — justice is served.

Every author has donated their time and stories. Profits from this anthology are being donated to programs and organizations that help victims of domestic violence reclaim their lives. 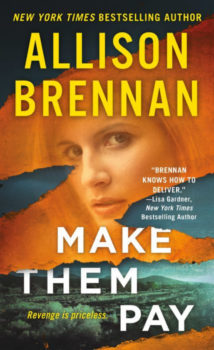