The Unseen
by Alexandra Sokoloff

After experiencing a precognitive dream that shatters her
engagement and changes her life forever, young California
psychology professor Laurel MacDonald decides to get a fresh
start by taking a job at Duke University in North Carolina.
She soon becomes obsessed with the long-buried files from
the world-famous Rhine parapsychology experiments, which
attempted to prove if ESP really exists.

As she teams up with another charismatic professor, they
uncover disturbing reports, including a mysterious case of a
house supposedly haunted by a poltergeist, investigated by
another research team in 1965. The two professors and two
exceptionally gifted Duke students move into the grand,
abandoned mansion to replicate the investigation, unaware
that the entire original team ended up insane…or dead.

This is an unabridged Audible audio edition, narrated by
Talmadge Ragan.

Originally published June 2010 in mass market paperback
by St. Martin’s Paperbacks and self published May 2012
in eBook format.

Other Books by Alexandra Sokoloff

Hollywood Versus The Author 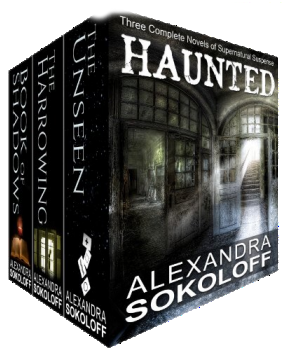 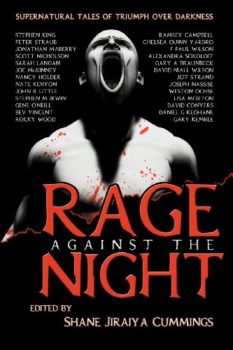 Rage Against the Night
Supernatural Tales of Triumph Over Darkness 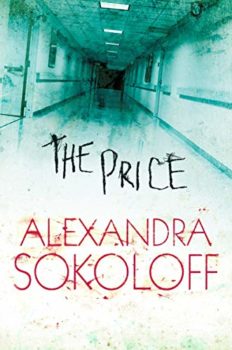 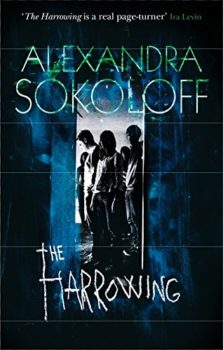 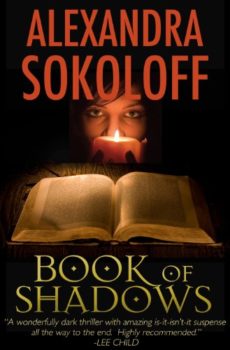 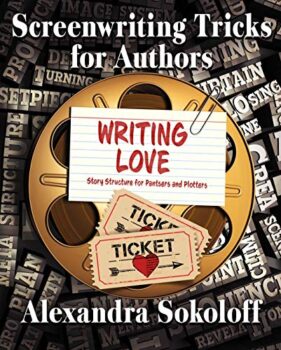 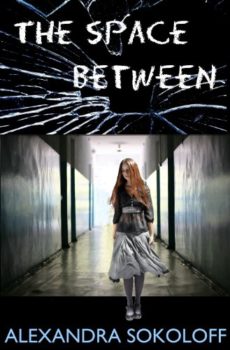 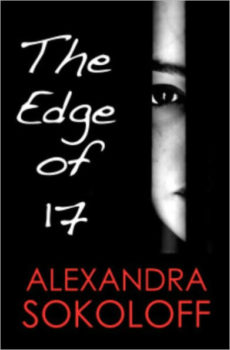 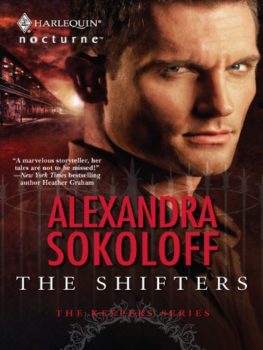 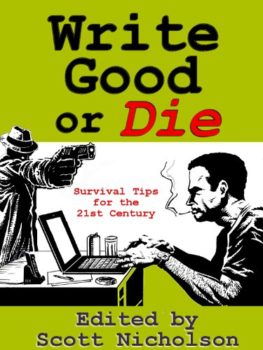 I’m the Thriller Award-winning and Bram Stoker and Anthony Award-nominated author of the Amazon bestselling crime and supernatural thrillers The Harrowing,The Price, Book of Shadows, The Unseen, The Space Between, and the Thriller Award-nominated Huntress/FBI thriller series: Huntress Moon, Blood Moon, Cold Moon, Bitter Moon, and Hunger Moon. The New York Times Book Review has called me “a daughter of Mary Shelley” and my novels “some of the most original and freshly unnerving work in the genre.” I’m a California native and a graduate of U.C. Berkeley, where I majored in theater and minored in everything that Berkeley has a reputation for. After college I moved to Los Angeles, where I’ve made an interesting living doing novel adaptations and selling original thriller scripts to various Hollywood studios. In my stories I like to cross the possibility of the supernatural with very real life explanations for any strangeness going on, and base the action squarely in fact. The Unseen is based on real paranormal research conducted at the Duke University parapsychology lab, and Book of Shadows teams a Boston homicide detective and a practicing Salem witch in a race to solve what may be a Satanic killing. The Space Between, is an edgy supernatural YA about a troubled high school girl who is having dreams of a terrible massacre at her school, and becomes convinced that she can prevent the shooting if she can unravel the dream. I also have written paranormal romance (The Shifters,Keeper of the Shadows) and the non-fiction workbooks Screenwriting Tricks for Authors and Writing Love, based on my internationally acclaimed workshops and blog. I live in Los Angeles and in Scotland, with Scottish crime author Craig Robertson. When I’m not writing I dance: jazz, ballet, salsa, Lindy, swing — I do it all, every chance I get.