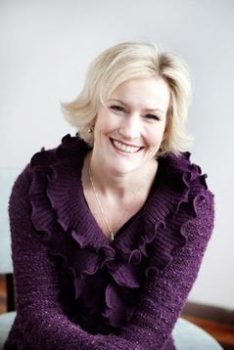 Warning. Tess Thompson books will make you laugh, cry and remind you what it’s like to fall in love. Don’t purchase unless you like books about good people with ridiculously happy endings.

Tess writes epic love stories with relatable characters set in small towns. Some of her books have suspense, others a mystery, and a few are set in the past. Like a reader said recently, “Tess Thompson books give you more than just a romance.”

Like the characters in her USA Today Bestseller River Valley Series, she hails from a little town in southern Oregon. Despite the fact she’s lived in Seattle for almost thirty years, she will always feel like a small town girl.

She’s risen up the charts on all the major eBook retailers starting in 2012 when her debut novel Riversong was a Nook and Amazon bestseller. Since then, she’s released almost 20 novels and novellas.

She loves music and dancing, books and bubble baths, cooking and wine, movies and snuggling. She cries at sappy commercials and thinks kissing in the rain should be done whenever possible. Although she tries to act like a lady, there may or may not have been a few times in the last several years when she’s gotten slightly carried away watching the Seattle Seahawks play, but that could also just be a nasty rumor.

She currently lives in a suburb of Seattle, Washington with her husband, the hero of her own love story, and their Brady Bunch clan of two sons, two daughters and five cats. Yes, that’s four kids and five cats. Pray for her.

Tess loves to hear from you. Drop her a line at tessthompsonwrites@gmail.com.