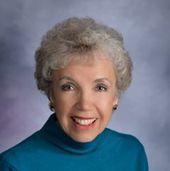 I attended the University of Puget Sound in Tacoma, Washington where I received a BA in English and Education. Post graduate school led to a Master of Library Science Degree from the University of Washington. I put my education to work by embarking on a career first as a classroom teacher and later as a school librarian.

It wasn't too long before I got the urge to write stories. I'd enjoyed making up stories as a child and had always been an avid reader. I started out writing for the confession market and after selling a few decided to attempt a novel. The result was Home for the Heart, a romantic suspense published in 1981.

From 1979 to 1989 I operated the Edmonds Writing School where I taught classes in fiction and nonfiction writing, and a special class in romance writing. Teaching the latter led to the publication of How to Write and Sell Romance Novels.

Other publications of mine include critical essays on writers, various articles on writing, and scripts for educational filmstrips and audio cassettes.

I'm a member of both the Seattle, and Faith, Hope, and Love chapters of Romance Writers of America, and have been a conference speaker and workshop leader.

A couple of years ago, I got another creative urge, this time, to draw and paint. Again, as a child I'd enjoyed those activities, but they had been put aside as I grew up. Now, I'm having great fun exploring drawing, watercolor, and pen and ink.

My other spare time pursuits include collecting toys, games, and children's books, and anything to do with wire- haired fox terriers.