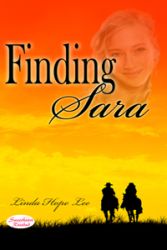 After publishing seventeen books, I finally tackled a series, The Red Rock, Colorado Trilogy. Now that all three books are completed, I’m taking time to think about what I’ve learned from the experience.

Living with the same characters for more than the length of a single book was challenging. I was used to dealing with one slice of a character’s life, with helping her through a specific problem and, because all my books are romances, helping her to find Mr. Right. I never gave much thought to what happened to her—or to the hero–after I wrote The End.

But, because the same characters appear in all three books of my series, I needed to consider how strong a role I wanted them to play when they were supporting rather than main characters.

The first book, Finding Sara, stars heiress Sara Carleton and rancher Jackson Phillips. While on the run from a domineering father, Sara is mugged in the Red Rock, Colorado train station. Jackson rescues her and takes her to his ranch to recuperate. 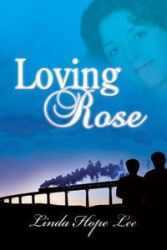 Once the main plot is underway, Jackson’s sister, Rose, and Dr. Mike Mahoney, who will star in the second book, are introduced. The reader learns that Mike and Rose had a relationship but are now estranged. However, I do not reveal why they broke up. My intention was to pique the reader’s curiosity and heighten interest in reading Book 2, Loving Rose.

When bringing supporting characters into the foreground, a careful balance must be maintained, so that they do not overshadow the main characters. I hope I achieved that balance.

Another consideration with continuing characters is having them change and grow. For

example, in Book 1, Sara Carleton is rather lost, as far as knowing who she is and what she wants in life. Marriage to Jackson helps to ground her and give her life focus and purpose. Book 2 finds her a new mother and a businesswoman. She also becomes a bit of a matchmaker, which causes problems when her efforts meet with resistance.

After resolving her situation in Book 2, Rose is able to move on as well, both in her personal life and in her career. She and Sara mentor and support Molly as she deals with her problems in Book 3.

Although writing a series presented challenges, the journey was satisfying and rewarding. I didn’t want to say good-bye to the characters, even after three books. Maybe that was why, at the end of Marrying Molly, I hinted at a new couple. Will there be a Book 4? I don’t know, but it’s tempting! 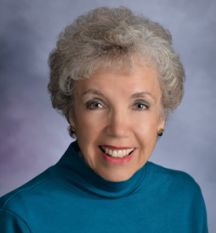 Linda Hope Lee writes contemporary romance, romantic suspense, and mystery novels. She is more “pantser” than plotter, which allows her to discover the story as she puts words on the page. When she’s not writing, she’s busy creating pictures with watercolor, colored pencils, and pen and ink. She lives in the Pacific Northwest, where many of her stories are set. Visit her website at: http://www.lindahopelee.com 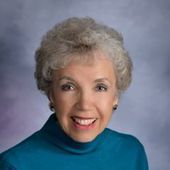 I attended the University of Puget Sound in Tacoma, Washington where I received a BA in English and Education. Post graduate school led to a Master of Library Science Degree from the University of Washington. I put my education to work by embarking on a career first as a classroom teacher and later as a school librarian. It wasn't too long before I got the urge to write stories. I'd enjoyed making up stories as a child and had always been an avid reader. I started out writing for the confession market and after selling a few decided to attempt a novel. The result was Home for the Heart, a romantic suspense published in 1981. From 1979 to 1989 I operated the Edmonds Writing School where I taught classes in fiction and nonfiction writing, and a special class in romance writing. Teaching the latter led to the publication of How to Write and Sell Romance Novels. Other publications of mine include critical essays on writers, various articles on writing, and scripts for educational filmstrips and audio cassettes. I'm a member of both the Seattle, and Faith, Hope, and Love chapters of Romance Writers of America, and have been a conference speaker and workshop leader. A couple of years ago, I got another creative urge, this time, to draw and paint. Again, as a child I'd enjoyed those activities, but they had been put aside as I grew up. Now, I'm having great fun exploring drawing, watercolor, and pen and ink. My other spare time pursuits include collecting toys, games, and children's books, and anything to do with wire- haired fox terriers.

Writing a Series – What I Learned About Developing Continuing Characters