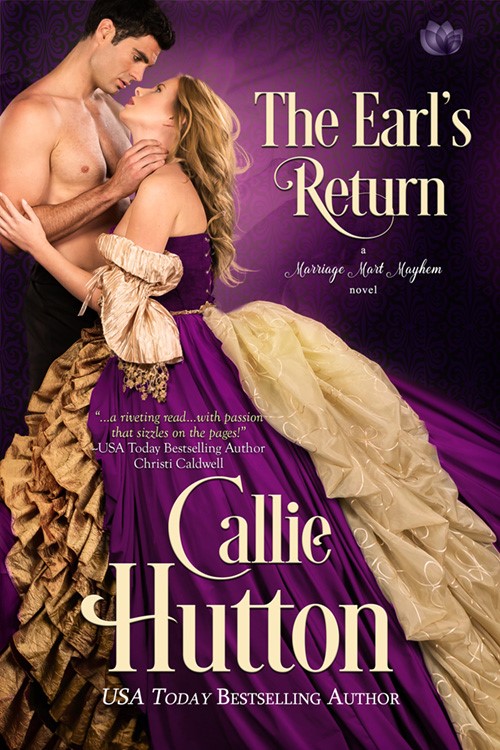 Readers are enamored with series. I’m not talking about the books where there is a cliff-hanger at the end so you must buy the next one, or the same couple carries each story. I’m referring to books where the central theme is a family, a place, or a group of friends. Some of the characters may or may not appear in every book, but the each story is about a different couple.

I have read some series where I grew bored after the first two or three, because the situations the characters got themselves into were similar. Or every single character appeared in every book until I was so confused I tossed it aside. Authors need to remember that not all readers start at the beginning of a series. I like to think any one of my books could be read without having read any of the others, and not be confusing.

When I started the Marriage Mart Mayhem series, it was not intended to be a series. I wrote The Elusive Wife and was thrilled when Entangled Publishing picked it up. In that book, the main character, the Earl of Coventry, had a friend, the Duke of Manchester, who was brother to five sisters. Once my editor finished the edits on it, she asked me if I would consider making it a series. I said, sure, why not? And the Marriage Mart Mayhem series was born.

I tried to keep my series fresh by changing the environment, and even the sort of characters the hero and heroine were. In the Duke’s Quandary, set in London during the Season, my duke married a bespectacled, shy, clumsy, very un-ton botanist. Certainly not the type of regency heroine you normally read about. His duchess, Penelope, remains a favorite character of the entire series with many readers.

After two books set in London, I decided to move my characters out of the glamor of Town. The Lady’s Disgrace was set in the country, and Lady Abigail’s husband was a rector. Much different from a duke! Next came The Baron’s Betrayal, also set in the country, and the hero in that book, a war hero, had a difficult-to-deal-with injury, which made the story quite different from the others. Ellis, the hero’s valet in The Baron’s Betrayal, became the second favorite character with readers.

The next two books took place in the Highlands when the twins, Lady Sarah and Lady Sybil met the men of their dreams. Laird Liam McBride in The Highlander’s Choice lived in a true Scottish castle with a very unpleasant mother, who gave Lady Sybil a run for her money. The second Highland book, The Highlander’s Accidental Marriage, featured a young genius professor, who gets himself accidentally married to Lady Sarah. Again, that gave those books, and those characters, something to set them apart from the rest in the stories.

My last book in the series, The Earl’s Return, brought the reader back to London, but the twist in that story is the man who ran out on Lady Abigail in The Lady’s Disgrace is now a widower and is back in London looking for a wife. And who do you think appeals to him?  Yep, Lady Mary, the youngest of the sisters.

I found writing a series to be fun. I get to visit with my characters, and have them pop in and out. Readers like it because every romance book has a happily ever after, but sometimes it’s nice to see how happy they are ever after. The final scene in my last book. The Earl’s Return brings all the family members together for a wedding breakfast. It was nice seeing them all again. Gave me warm feelings. I hope the readers get those warm feelings, too.

London, 1819. Four years ago, Darius, the Earl of Redgrave fled London two weeks before his wedding to Lady Mary’s sister and married another woman. Now a widower, he has returned to seek a new wife.

At first, Lady Mary doesn’t recognize the handsome lord as the cad who ran out on her sister. After giving him the cut direct in a London ballroom, she finds herself running into him everywhere she goes, and fighting a forbidden attraction. Not only has Mary sworn off men, Redgrave is so very wrong for her. But she cannot stop thinking of his kisses. Redgrave means to stay away from Mary but it is impossible. Passion between two people who can never be together is a dangerous game. 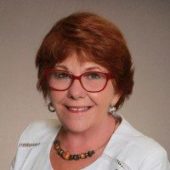 Callie Hutton, USA Today bestselling author writes both Western Historical and Regency romance with "historic elements and sensory details" (The Romance Reviews). Callie lives in Oklahoma with several rescue dogs, two adult children, a daughter-in-law, twin grandsons and her top cheerleader husband (although thankfully not all in the same home!). Living in the Midwest provides plenty of opportunities for Callie do pursue her interests: researching history, meeting readers, spending time with her adorable two year old twin grandsons, and discovering new adventures. Callie loves to hear from readers and welcomes the opportunity to become friends, both in person or virtually.

Where Do You Get Your Ideas?

May I have this dance, my lady?

Writing a Series and Keeping it Fresh

“Study the past if you would define the future.” ― Confucius 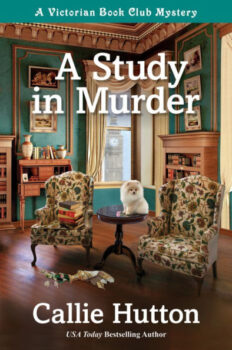 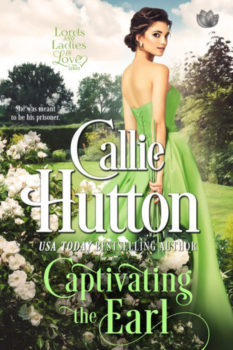