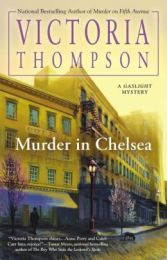 So what does an author do when she’s written herself into a corner and can’t for the life of her figure out how to get out of it—all while thousands of fans are clamoring for her blood?  That’s the situation in which I found myself last year at this time.

If you are a fan of the Gaslight Mystery Series (Berkley Prime Crime), you know that Detective Sergeant Frank Malloy of the New York City Police and Midwife Sarah Brandt have been solving mysteries and gradually falling in love over the first 14 books in the series.  Unfortunately, I had started the series by creating insurmountable barriers to their ever getting together, never realizing that the series would become so successful or that readers would become so invested in Frank and Sarah’s lives.

Now let’s face it, how many mystery writers are lucky enough to have a series that runs for 14 books? I count my blessings every day. But in the spring of 2012, I realized that if I didn’t take care of Frank and Sarah’s relationship, readers probably would not keep reading. But how to do it without ruining the dynamics of the series? I was getting desperate, so I vented to my classmates.

Classmates?  Yes, I was just finishing up my master’s degree in Writing Popular Fiction at Seton Hill University.  One of my classmates, David Wilbanks, who writes Science Fiction and had at that time never read anything I’d ever written, took my challenge and sent me a list of about 20 things that could happen.  Unlike me and my fans, Dave was unencumbered by knowledge of the characters involved, so his solutions didn’t have to be feasible or even sensible.  His ideas were outside the box.  Some of them were even outside the Universe.  But one of them was the perfect solution to Frank and Sarah’s problems!

If you’re expecting me to tell you what that solution is right here, I’m sorry.  I write mysteries, so I’m not giving away anything that might  spoil the book for you.  I will say that in MURDER IN CHELSEA you will finally get to see Frank Malloy propose to Sarah Brandt. Of course they also solve a couple murders and locate the birth parents of Sarah’s foster daughter into the bargain.  This is a mystery series after all! And to thank Dave for his help, I named a major character after him in MURDER IN CHELSEA. 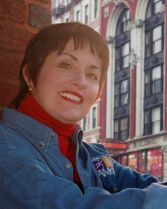 So this is how a fellow writer rescued me, saving me from the wrath of frustrated readers!  You can see how he did it by reading MURDER IN CHELSEA, a May 2013 hardcover release from Berkley Prime Crime.  It’s also available in all electronic formats. Please let me know if you like the solution by contacting me though my website, www.victoriathompson.com or liking me on Facebook at Victoria Thompson Author or following me on Twitter @gaslightvt. 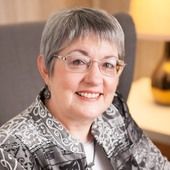 Victoria Thompson is the Edgar-Award nominated author of the Gaslight mystery series and numerous historical novels. She lives in Pennsylvania with her family.

WRITER TO THE RESCUE 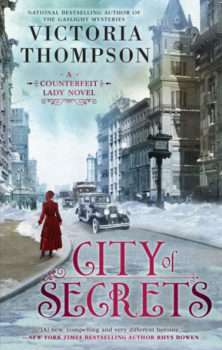