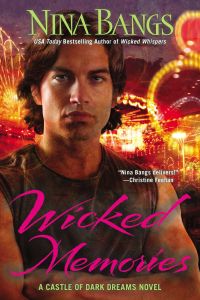 Dreams. We all have them, but some are shallower than others. Hey, I’ve been trying to lose weight since high school. I always imagined what it would feel like to have the perfect figure. I’m still imagining. Someone will carve on my gravestone: She Never Lost Those Ten Pounds. Some dreams, though, are deeper and go to the heart of who we are.

The arts have always drawn me. When I was a teen I wanted to be an actress. In my twenties I longed to take the music world by storm. During my thirties I thought I might paint a picture that would hang beside the great masters. They were all great dreams, and I gave each of them a shot. I took acting lessons and joined the school drama club. I lived in Dublin, Ireland for a few years where a friend and I earned money by singing in pubs and hotel lounges. When I came home from Ireland I took art lessons. No, I never made it to Hollywood or recorded anything or painted even one great picture. But each dream was a journey, and the journey was its own reward.

Then I decided I wanted to write romances. Yes, this time I dreamed about hitting the major lists while millions read my books. I imagined my stories on the big screen. Did I really believe those things would happen? Probably not. But the dream that they could happen drove me to keep going when years passed and the rejections kept coming.

We need dreams. They are the launching pad for action. I could have told myself that publication didn’t matter, that I was writing my stories just for myself. I would have been a liar. I wrote stories so that others could read them. Without the dream that real people would read my books, I probably would have given up.

But dreams without action accomplish nothing. I wrote for over ten years before I sold my first book. I was still teaching at the time, so I would crawl out of bed at 3:00 a.m. and write until it was time to get ready for work. Does that make me someone with in incredible work ethic? No. It simply means that my dream was alive. Dreams are relentless taskmasters.

Dream big, because those dreams will have to sustain you through the tough times. Besides, it doesn’t take any more energy to dream big than it does to dream small. As Ellen Johnson Sirleaf said, “If your dreams do not scare you, they are not big enough.”

Do I still have dreams? Absolutely. I don’t think I’ll ever stop. I still imagine what it would be like to walk into a movie theater and see my story on the screen. I still want that blockbuster novel that will sit at the top of the lists for months. Will they happen? Who knows? But I’ll keep working my dreams. I’ll use them to drive me to my computer each day so that I can write the best book I have in me. And someday, maybe…

So what about you? What are your dreams? How are you working to make them real? And if you don’t have any dreams lined up, get moving.

Nina Bangs is busy working her dream with the latest book in her Castle of Dark Dreams series—WICKED MEMORIES.

Return to the Castle of Dark Dreams where USA Today bestselling author Nina Bangs lures readers into a world of pleasure, adventure, and revenge…

Thorn Mackenzie was a young Viking when he met Sparkle Stardust long ago. She used him and then abandoned him. Over a thousand years later, he has finally found a way to repay her. Using his power of persuasion, he assembles a team that can create the ultimate fantasies and illusions. They will work together in Nirvana, the amazing amusement park Thorn built right across the street from his competition, Sparkle’s Castle of Dark Dreams. Now the only way for Sparkle to fight back before Thorn bleeds her business dry is to hire a spy.

Kayla Stanley needs extra money, so she reluctantly agrees to do some sneaking and peeking for Sparkle. But as she gets closer to Thorn, she discovers they have a lot more 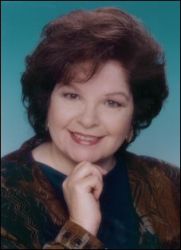 in common than just a need to crush the competition and a willingness to fight dirty. As sexual tension between them builds, she finds it harder to see the gorgeous Viking as her enemy. But with an evil force working to destroy the city, will they survive long enough for her to help him overcome his wicked memories?

One person who comments on today’s blog will win a signed copy of Wicked Memories along with a $10 gift card (Amazon or B&N). 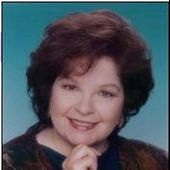 My one regret in life? I wish I'd started writing sooner.

Talk about misspent youth. What did I do during those lazy summer days of childhood when I could've been honing my writing skills? Nothing. Okay, so I spent a lot of time dreaming I was a cowgirl with a trusty black stallion. Oh, and I read every Walter Farley horse novel. I was an only child so I relied on my imagination to supply the excitement in my life.

By high school, I'd decided to trade in my lariat for a trench coat. I was into dark and dangerous. As an intrepid foreign correspondent, I'd stalk the mean streets of the world. Did I actually write anything? No, but I did read all of Agatha Christie's mysteries.

I worked at a department store during college. My short stint in the accounting department taught me a lot about math. Three hundred-dollar shortages plus hysterical tears equaled instant move to gift-wrap. A career in math was not in my future. I didn't care because I'd discovered "real" literature. I plowed through James Joyce's Ulysses and Tolstoy's War and Peace. If it didn't make my eyes cross then it wasn't worth reading. Yes, I admit it, I was a literary snob.

But there's just so much "real" literature one person can take. I graduated from Rutgers University with a degree in English Literature and a determination to avoid books that induced eye crossing or had tragic endings. The only things I managed to write during those years were research papers.

I taught second grade for several years then spent two years in Dublin, Ireland. A friend and I supported ourselves by singing folk songs in Irish pubs. We weren't great, but we were young, enthusiastic, and wore short skirts. It was obviously my destiny to be the next Judy Collins. I spent a lot of time pouring through music books.

Returning to New Jersey and reality, I taught elementary school until I grew restless again. My cross-country odyssey included stays in Arizona, California, and Texas. Along the way, I indulged my love of horses. No black stallions, but I did have several beautiful Arabian mares. I read tons of books on breeding and showing.

Somewhere between California and Texas I grew addicted to romance novels and cats. The cat's independent attitude was exactly the quality I admired in my romance heroes. And once I decided to try writing my own romances, I made sure a cat crept into each story.

Texas is my permanent home. I've come full circle. Born in San Antonio, I spent most of my life in New Jersey. Maybe the Texas in my blood accounts for my attachment to strong men, fast horses, and wide-open spaces.

My love of cats? Haven't a clue.

27 thoughts on “Working the Dream”