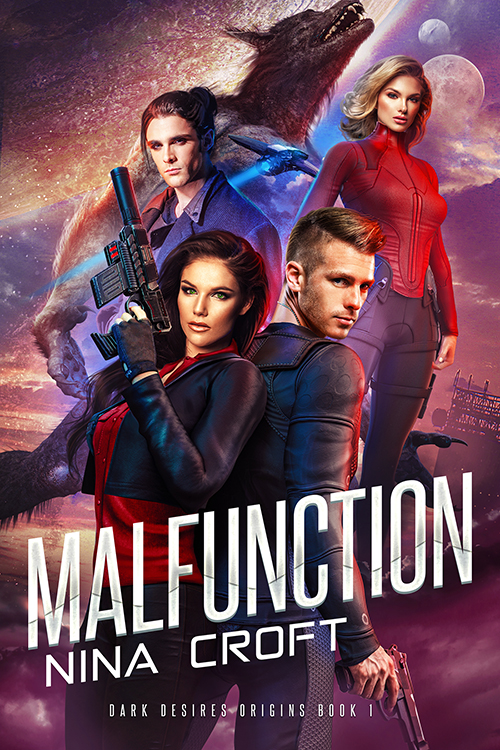 Malfunction, book one in my Dark Desires Origins series, is a combination of science fiction, paranormal and romance. The series takes place five hundred years in the future after a fleet of ships, carrying the last of humanity, flee from a dying Earth in search of a new home.

What most of the fleet don’t realize is that it’s not only humans who escaped the destruction of Earth. One of the ships carries a cargo of supernatural beings, captained by a thousand year old vampire. (Ricardo Sanchez, hero of Break Out, book 1 in my Dark Desires series.)

Malfunction tells the story of Katia, a werecat, and Logan, a human, as they fall in love while investigating a series of murders and trying to stay alive.

Some of my favorite books as a teenager were science fiction: Frank Herbert, Robert Heinlein, Arthur C Clark, Isaac Asimov…. But romance was usually lacking in the stories, and it was rare to find a science fiction book where the focus was on the love story. Not so anymore.

Personally, I love stories that combine genres, but science fiction and romance is probably my favorite mix. At first sight, and to those not familiar with the sub-genre, they may seem like a bit of a mismatch, but dig a little deeper and there are a whole load of reasons why the combination works.

I first fell in love at the age of eleven. His name was Han Solo and he was a space pirate. My tastes haven’t changed a lot since then. Plus, growing up, I dreamed of being Doctor Who’s assistant (I still do in fact) and of course, he’d fall madly in love with me. Finally, more recently, my devotion to Han has been severely tested by my attraction for Captain Mal Reynolds… among others.  So I’m predisposed to love sci-fi romance.

But there’s a reason most of my love affairs (imaginary at least) have been with ‘space men’. I adore a bad boy hero, and space men, whether human, alien or something else entirely, can be the ultimate bad boys; living on the edge of civilization, boldly going…. Pirates, bounty hunters, cops, gun fighters (albeit with a laser pistol rather than a six shooter.) In sci-fi romance, there’s no limit but your imagination to what your hero can do and be.

I’ve always loved romances that focus on people from diverse backgrounds and cultures. I enjoy the clash of different beliefs and discovering how couples overcome those differences to fall in love. Mixing science fiction and romance allows you to push that premise to the limit, bringing together people from not only different backgrounds but also different planets and even different species. The possibilities are endless.

I think one of the reasons people love to read romance is to be carried away to exotic locations, and the opportunities for that in science fiction are unending. Spaceships, different galaxies, Earth of the future, even Earth of the past (if you happen to come across a time machine.)

People often think of science fiction as happening in the far future, but it could take place at any time. Who doesn’t want to know what the world will be like ten years from now, or a hundred or a million.… Or maybe we’ll take a trip in that time machine and visit a long ago era. We can walk with the dinosaurs or meet a real live pirate.

So, while sci-fi romance can provide a fantastic combination of adventure and passion, for me, both as a reader and a writer, the real appeal is that the possibilities are as endless as the universe itself.

Have you read any sci-fi romance, and if so what do you love the most? If not, why not? Leave a comment for a chance to win an ecopy of books 1 – 3 in the original Dark Desires series. 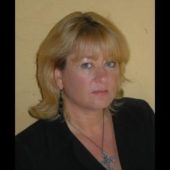 3 thoughts on “Why I love sci-fi romance…”