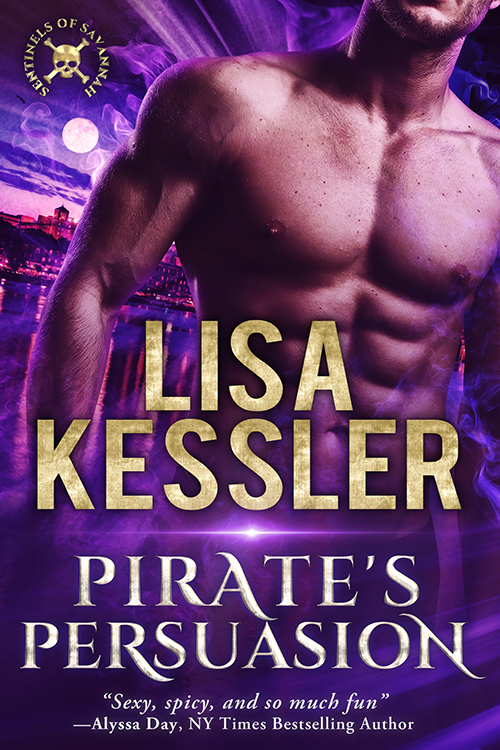 Have you ever wondered what it would be like to live forever?  I think my fascination with immortals started with Anne Rice’s Vampire Chronicles, carried into the Highlander movies and tv series, and the urge to examine the concept deepens in my new immortal pirate series, The Sentinels of Savannah.

I’m intrigued to understand how a person (or being) can remain relevant when the world around them is constantly changing, and they’re not. Anne Rice’s Lestat searched for pleasure and entertainment, but eventually found himself aching for meaning and redemption. In the Highlander television series, Duncan MacLeod, engrossed himself in learning languages and fighting styles while continuing on his “There can be only one” path in The Game.

In Pirate’s Persuasion, my hero, Drake Cole, has been the ship’s carpenter for the crew of the Sea Dog since the 1700’s. After stealing and drinking from the Holy Grail, the immortal crew stayed in Savannah, Georgia ever since. Drake is a contractor now specializing in restoration construction. He’s working on the historic Juliette Gordon Low house the night Heather Storrey, a famed medium shows up with a warning from his nephew he lost at sea over 250 years ago. The last thing Drake needs is to fall in love with a mortal, but the more time he spends with her, their bond grows.

Each book in this series gives us insight into another immortal pirate, struggling to fit into today’s high tech world. The crew members each have their own reason for facing eternity. For some it’s love, for others it’s duty, and for some it’s a quest for answers, but the burden of facing eternity and finding a purpose weighs heavy on their shoulders.

On the surface, immortality, life without the fear of death seems great, but I think it also comes with a hefty price. Maybe that’s part of our fascination. Daydreaming about cheating death and escaping the circle of life can be fun, but when dip our toes into that pool, would it become a prison without someone to love?

So if you got the chance to live forever, would you take it?  If yes, what would keep you going as lifetimes pass by?  And if not, why would you rather remain mortal with only one life to live?

I can’t wait to hear your thoughts…  One commenter will win a copy of Magnolia Mystic, Book 1 in the Sentinels of Savannah!

And here’s a small taste of immortality from PIRATE’S PERSUASION:

She showed him her ship and crew along with a brief rundown of the solo quest she was working on. Talking about her game was a million times safer than examining her feelings.

“You chose a brig for your ship.” He raised a brow. “Seems small compared to the Sea Dog.”

“Spanish galleons aren’t a choice in this game. You can have a brigantine or a frigate. The brigs don’t have as many cannons, but they’re much faster than the frigates.”

He nodded slowly, his thumb tracing along her shoulder. “Show me how it works.”

His simple touch sent tremors of desire through her that made it tough to concentrate. She cleared her throat and quickly demonstrated all the different angles and maneuvers.

Drake chuckled, shaking his head. “If only real ships could turn so quickly.” He smirked. “And I don’t remember any rockets back in my day, either.”

White sails appeared on the horizon. She pointed them out. “Here we go.”

He eyed the Spanish ship. “You aim to take that ship with this crew?”

The sound of Drake’s laughter made her melt into him. She’d never heard him laugh so hard. There was a playful spark in his gaze. “A true pirate says ‘fuck.’ The other is for buccaneer movies and theme parks.”

Heather rolled her eyes and chuckled as she focused on the game again. Checking her sails and current speed, she clicked the command for the gunners to start loading the cannons. She’d tried this solo challenge twice so far and lost both times. The Spanish ship had larger sails, which equaled more speed, plus their crew outnumbered hers by almost double. Unless she could blow some big holes in the ship. She didn’t see another way to win.

Drake leaned in close, his lips against her ear, and whispered, “Want some advice from a seasoned pirate?”

She looked up at him, finding his lips too close to resist. Swallowing the lump in her throat, she tipped her chin, kissing him long and slow. His thumb slid along her jawline as heat blossomed low in her belly. Damn. This pirate knew how to kiss.

She broke the kiss and met his eyes. “I’d love some…advice.”

Desire smoldered in his gaze, but he turned toward the screen and pointed to an island in the distance. “Your ship is smaller and more maneuverable, but the Spanish won’t be able to resist chasing down pirates. Fly your colors and lead them closer to the shallow water.”

Heather raised a brow. “I’ve played against this ship before. They’re really fast.”

Oh shit, hearing his true nautical accent had her heart racing as she faced the screen again. She reset the course for her ship toward the island.

The pirate flag unfurled at the top of the mast and her virtual captain shouted to the crew, “Full sails ahead! Land ho!”

She glanced over at Drake and found him engrossed in the sailing ships on the screen. The strong angles of his profile matched the strength of his character, and seeing him enjoying something on the computer warmed her heart. If she could figure out how to get his nephew to stop haunting him, there was a chance she could lure this immortal pirate into the twenty-first century.

The Spanish ship was closing the distance between them. Heather quickly clicked the keys to load the rest of the cannons. “They’re going to be in firing range soon.”

“Aye.” Drake pulled her closer and pressed his lips to her temple, short-circuiting her brain for a moment. “Right where we want them, love.”

This was her first time really encountering his piratical side. She liked it.

Drake leaned in for a closer look at the screen. “Tell them to drop the anchor off the bow only.”

His eyes sparkled, and his devilish grin left her breathless. “Nah, the ship will swing around. Get ready to fire the cannons.”

“Okay.” She wasn’t completely convinced, but she did as he asked. Her captain shouted, “Drop the anchor! Prepare to fire!”

As soon as the anchor caught the rocky sea floor, the ship groaned, turning into the wind.

“Boom about, mateys!” the captain bellowed. “Bring a spring upon her cable. Tie down the lines!”

Heather watched the maneuver play out on the screen, her jaw going slack as the pirate ship spun around, the cannons now aimed directly at the Spanish galleon. The Spanish crew scrambled to slow the ship and turn, but the wind was at her back.

Drake placed his hand over hers, his voice deep and low. “Not yet. A little closer.”

She worried her lower lip, her fingers hovering over the keys.

Heather gave the command, and the cannons came alive on the computer screen. Smoke and gunpowder turned the blue sky into a thick gray. Across the screen, the cannonballs hit their mark, opening giant holes in the Spanish ship.

“It worked!” Heather exclaimed, bouncing on the sofa.

“Fire one more round, then we plunder the ship.”

She bumped against Drake’s chest. “I love the way you think.”

Wood splintered and exploded from the Spanish ship. Heather clicked the screen to lower the boats. Her virtual crew piled into them, rowing over to the wounded Spanish galleon.

She turned toward Drake with a grin. “You’re a genius.” 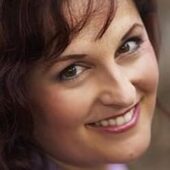 One thought on “Who wants to live forever?”