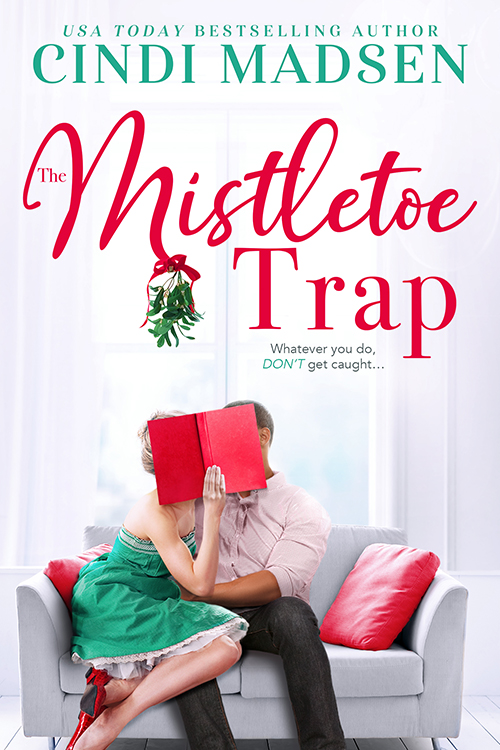 In my book, The Mistletoe Trap, my hero and heroine, who are best friends, start flirting and food fighting as they decorate cookies. And maybe it’s all the mistletoe their families have hung, but suddenly the decorating session turns into a kissing session.

Luckily kissing burns calories, because Gavin’s an NFL quarterback who likes to stay in shape. And Julie’s a scientist who loves a good experiment. Her hypothesis about Gavin being a good kisser certainly proves true.

Here’s an excerpt from the scene (followed up by a recipe):

Julie darted to his right side, and while he went to block her path around the island, it turned out she wasn’t escaping but arming herself. She scooped up a handful of mini M&Ms and cocked her arm.

Hmm. Dodge, launch a sugary counterattack of his own, or open his mouth and let the Candy Gods sort it out?

The rapid rise and fall of her chest as her breath quickened wasn’t helping his tactical skills. After a couple of seconds, she picked out a single M&M and demanded him to open up.

After firing—and landing—one in his mouth, she tossed the rest into hers and crunched on the candies. “Between the marshmallows and M&Ms, I think we’re safe.”

Gavin closed the gap between them with one long stride and arched an eyebrow. “Is that your way of calling a truce?”

She nodded. “Truce.” Her chin lifted a couple more inches so she could peer at his face, keying him in to the fact that he was looming over her. Surprising how all that attitude, humor, kindness, and scientific knowledge could be packed into such a tiny body.

A short, curvy body that kept causing his pulse to thunder and his common sense to go on a vacation of its own. Had time halted or was this one of those moments of clarity that held enough weight to draw it out longer?

His gaze dipped to her lips. Whoever was in control of his body lifted his arm. He pressed his thumb to the corner of her mouth and used it to wipe away the frosting that’d stuck there.

“Oh jeez.” Her tongue darted out, swiping that same spot he’d touched, and he just stood there, unable to move. “Pretty sure that’s evidence enough that I fail at being sexy. And maybe I have to accept that’s just not one of my sides or whatever. But come on, I’m hardly boring.”

Her eyes sought his, as if she needed confirmation.

On impulse, he lifted his thumb to his own mouth and sucked it clean of the frosting.

Here’s my go-to recipe. But like Gavin and Julie, I require decorating help because after the first few, I tend to care less about looks and more about shoveling more cookies in my mouth.

Mix dry ingredients in one bowl. Cream butter, sugar, egg, & vanilla. Alternate adding dry ingredients with the milk. Chill for an hour. Roll out, cut out, and bake at 375 for 10 minutes. 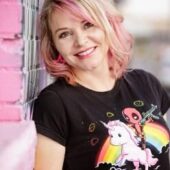 Cindi Madsen is a USA Today Bestselling author of contemporary romance and young adult novels. She sits at her computer every chance she gets, plotting revising, and falling in love with her characters. Sometimes it makes her a crazy person. Without it, she'd be even crazier. She has way too many shoes, but can always find a reason to buy a new pretty pair, especially if they're sparkly, colorful, or super tall. She loves music, dancing, and wishes summer lasted all year long. She lives in Colorado (where summer is most definitely NOT all year long) with her husband and three children.

Get Ready to Wed