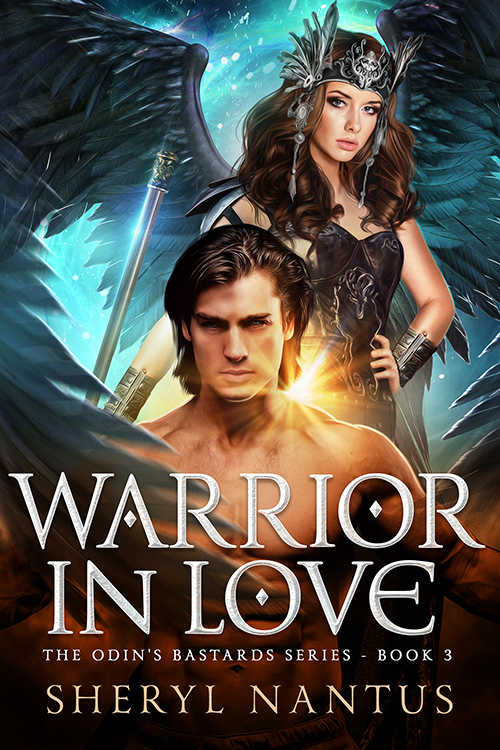 It was only two years ago that I started developing the idea of Odin’s Bastards—I was sitting at a writing seminar at the Romantic Times Convention in Atlanta, listening to Entangled Publishing’s own Liz Pelletier talk about story ideas and the trilogy sprung into my mind.

Valkyries. Bastards. And the women who love them.

I’ve always been a fan of Norse Mythology, even before the recent Marvel movies. Yes, I read Thor comics and I tell you—if you missed out on the recent Jane Foster as Thor storyline, get your butt to a comic book store and grab those trade paperbacks! It’s a fabulous series and I’m looking forward to Jane Foster taking over as Valkyrie in the new comic series!

When you get a story idea, it doesn’t have to be fully fleshed out—it can be as simple as what I wrote above, or as complicated as you want it to be. The important thing is that when you get an idea, you get it on the record.

Does it need to be written… Yes!

I have that scrap of paper still from that seminar, a mangled jumble of words with arrows pointed up and down, some phrases circled and others underlined. From that scribbled mess came an entire trilogy of books, Warrior in Love being the last one… so far!

But what if the idea doesn’t come to you in a flash of inspiration?

Then you sit down and do the grunt work. Read fiction, read non-fiction. Watch movies, binge your favorite series, fill your mind with anything and everything you’ve wanted to look at and over until your head is spinning.

Why? Because you can’t get stuff out unless you put stuff in. Go visit a museum, go watch butterflies fly, sit on a park bench and enjoy the sunlight. Load up on all that sensory input because when the idea hits, and it will, you’ll need all of your emotional energy to grab that idea and run.

But wait, you say—shouldn’t I just sit and stare at a blank piece of paper, sweat dripping from my forehead until an idea hits me?

Well… if that works for you, sure. But if it doesn’t, then find what does work for you!

It might be a walk in the park. It could be sitting in your local café, enjoying a coffee and shortbread. It could be walking around the track, getting in your daily exercise while composing in your mind the nuts and bolts of your next book.

You do what works for you.

But be ready for when an idea hits and be ready for it to also flop like a dying fish on the dock, gasping for air as you try to figure out how to keep it alive.

Not every idea is a story. Some of them, scribbled in the middle of the night in that notebook you keep by your bed (you DO keep a pad and paper by your bed, right?) won’t survive the harsh daylight of being poked and probed to see if it’s good enough to bring to life.

But the difference between scribblings on a page and a book, heading out into the big, wide, world is a lot of hard work. That’s why when someone comes up to me and says, “I’ve got a great idea for a book!” I listen, bob my head up and down and let them ramble on before gracefully declining to cut them in for half of the profits when we sell the movie rights. Because an idea isn’t a book and all the sweet talking in the world won’t get the story written and edits back to the publisher in time to make that release window.

Readers only see the end product of our magic—the fireworks when the book’s released, when they get to read it and enjoy our dreams. They don’t see the headaches and the sweat, the angry bashing on the keyboard and the curses when the editor’s notes come back.

Because it all starts with some scribblings on a page in the middle of a seminar. And with the right care and feeding, it turns into a three-book series with Entangled Publishing about Odin’s Bastards, about Valkyries finding the love of their lives and the men who claim their royal heritage in spite of, and because of, their very-human desires.

So, get scribbling—who knows where it’ll lead!

Enter below for a chance to win a $25 Amazon gift card! 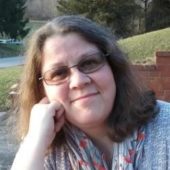 Sheryl Nantus is an award-winning romance writer published by Entangled, St. Martin's, and Harlequin's Carina Press. When she's not writing about hunky heroes, she is sipping tea, playing board games and writing haiku. A total fangirl at heart, she met her husband through an online fanfiction community and currently lives in Pennsylvania