by Allison B. Hanson 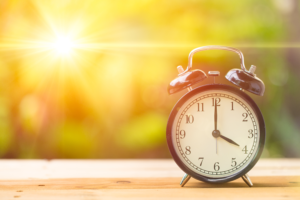 Ask many authors when they knew they wanted to write books, and you’ll often hear how they knew since they were children, or wrote their first book in third grade. I, however, do not have that story.

My muse woke me around four a.m. on November 20th, 2009 and wouldn’t let me go back to sleep. What started as a pleasant thought I’d assumed was prompted from a dream turned into a barrage of scenes and storylines until I finally relented and got out of bed. Groggy and compelled to rid my brain of the distraction, I found myself sitting at the computer squinting against the brightness of the screen and typing words that became sentences then paragraphs.

This is the part of the tale where I must confess I had no formal writing skills, nor did I have any idea what I was doing would eventually turn into a novel. I never intended to become a writer, in fact… I hadn’t even been much of a reader. So, the idea that I was transforming into something else—or replaced by an alien pod person if you ask my husband—did not occur to me at that time. Inspiration simply shook me awake and forced me to do its bidding. While I just wanted to purge the thoughts enough to go back to sleep—I have a day job, and six-thirty was only hours away—it wasn’t to be. I was merely along for the ride.

Hours later, when I was able to think clearly, I found it wasn’t an anomaly. The story continued and evolved. Then another story woke me a few nights later, and again, I was compelled to go to the computer and write it out. More stories came and more mornings were spent dazed and confused as I dragged myself to work. The messy bun became my go-to hairstyle and while I thought I was mastering my fledgling moonlit career, co-workers often asked if I was feeling okay.

I accepted and eventually embraced the fact I was now an author—whether planned or not—and joined a few writing groups and took some classes so my stories could be told using the proper techniques and, well…grammar. I also decided to start finishing the stories so they had the opportunity to become an actual book. After testing them with a few family members, thinking they’d go easy in their critique, I braved the world of submitting to publishers and agents.

Imagine my surprise when not one, but four publishing houses have contracted over twenty stories that started with an early morning nudge to move these thoughts from the safety of my mind out into the world.

Today, my unrelenting muse still has no snooze button, but over the years we’ve learned to make the best of it, and have come to a truce. Now, when woken in the wee hours of the morning, I’m permitted to just type out a few hasty notes or record a sleep-scratchy recording on my phone before returning to sleep. And most times those breadcrumbs are enough to pull me into the story at a more reasonable hour.

I learned recently that I’m not alone in finding creativity so early in the day.  Apparently four in the morning is a common time for new ideas or problem-solving. In 1932, The Palace at 4 a.m., a surrealist sculpture, was created by Alberto Giacometti, leading me to believe that other people are woken by their minds. I found an article that explains the science behind creativity and the broken sleep cycle. And for conspiracy theorists, there’s also this amusing TED Talk about how four in the morning is tied to some interesting events. (http://theearlyhour.com/2016/04/04/early-mornings-ted-talk-4am-mystery/)

For me, I will continue to grumble when I’m wide awake and my phone displays the time as 4:18 a.m., but I’ve also learned to be grateful for these early morning gifts. I’ll always be glad I wasn’t able to roll over and go back to sleep, and instead got up and started this journey that began one fall day at four in the morning. 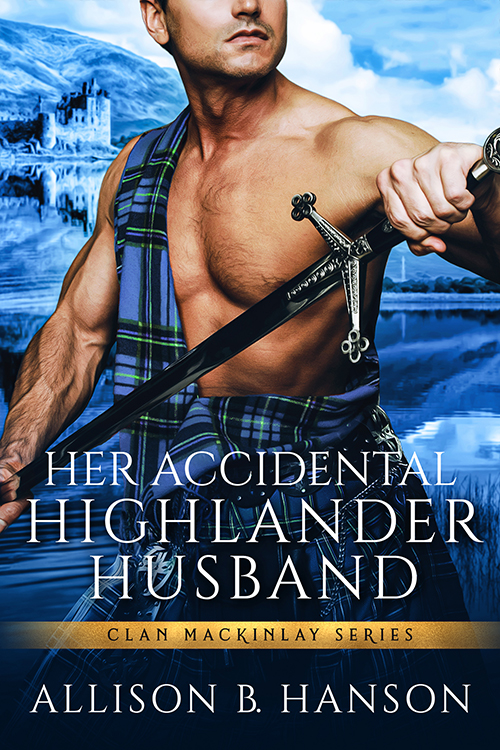 Marian Fletcher Blackley, Duchess of Endsmere, has been on the run from the English Crown for weeks since killing her abusive husband…no matter that it was self-defense. She has only one safe place to go—the MacKinlay clan in Scotland, where her sister is the laird’s wife.

War Chief Cameron MacKinlay has vowed never to marry after witnessing his widowed mother’s grief. He has his lands and his clan, and that’s enough for a good life. When one day a sprite of a lass comes running out of the forest with hounds nipping at her heels and an English bounty hunter not far behind, he feels compelled to save her by claiming the disheveled duchess is his wife. But he certainly didn’t intend to marry her for real!

And now he’ll do anything to protect her… 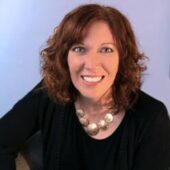 One very early morning, Allison B. Hanson woke up with a conversation going on in her head. It wasn't so much a dream as being forced awake by her imagination. Unable to go back to sleep, she gave in, went to the computer, and began writing. Years later it still hasn't stopped. Allison lives near Hershey, Pennsylvania. Her contemporary romances include paranormal, sci-fi, fantasy, and mystery suspense. She enjoys candy immensely, as well as long motorcycle rides, running and reading.

When Inspiration Calls At an Ungodly Hour

One thought on “When Inspiration Calls At an Ungodly Hour”