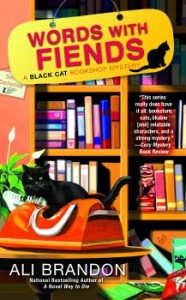 Every reader has his or her own list of pet peeves when it comes to books. You know what I mean — those literary and stylistic conventions that make you grit your teeth when you read them. I’ve got a list that probably looks a lot like yours.

Oh, and I let loose a grrr at head hopping. Moreover, I find present tense a little too precious for my taste, except when done by a very few talented authors. And don’t get me started on books that dump a good twenty characters on you in the first two or three pages. Of course, I majorly roll my eyes at spunky female private-eye types who, ten or twelve books into a series, still haven’t figured out how to use a firearm.

But most of these peeves pale before my very pettest of pet peeves that crosses all genres. Be it mystery or romance, thriller or horror, it seems you’ve always got folks wandering off to the bathroom to take steamy showers and perfumed bubble baths–with or without company. That, or they’re standing before the powder room mirror brushing their perfect white teeth or applying makeup to their cameo features or studying the manly bruises from their latest brawl.

But why do we never seem to see a character slip off to the potty to, well, use the potty?

Okay, I’m sure I’m exaggerating somewhat. Admittedly, my data is subjective, and based on my formative years as a fledgling historical romance writer. (Of course, maybe part of my obsession on the subject has to do with being raised to never pass up a working restroom—particularly when traveling—since you never knew when you might find the next one!) At any rate, as I devoured historical romance tome after historical romance tome as fodder for my own first novel, I couldn’t help but notice this particular lack. Maybe it was an unspoken rule from the publishers that characters didn’t tinkle?

And then I read a scene from one of Roberta Gellis’s novels which has stuck with me to this day. Not because it was exquisite prose (though I’m sure it was), but because her heroine casually used a chamberpot in front of her new lover! Ms. Gellis immediately became my writing idol, and I vowed I’d put a potty scene in every one of my books. And so I have.

Oh, wait! My obsession must be waning. I went to pull the bathroom excerpt from my latest Black Cat Bookshop Mystery, WORDS WITH FIENDS, only to remember that I’d edited out that particular scene as it ended up slowing the action. Alas, after all these years I’ve broken my streak. But, just for fun, here’s a potty-related scene from Book Two in the series, A NOVEL WAY TO DIE. It features Darla and her potential new love interest, Barry, along with Darla’s favorite hunk of a cop, Reese.

Barry dropped his gaze to the DVD case, where he appeared to be studying the product information with great interest. “I don’t mean to make this all about me, but I’m a bit worried about how that’s going to work out. I picked up the crowbar, remember? That means my fingerprints are all over it.”

“Maybe . . . but if you’d both been using it during the remodel, then your fingerprints would have been on it anyhow,” she pointed out in a reasonable tone.

He looked up again and sighed in audible relief. “You’re right. I guess I wasn’t thinking straight. It’s just that I have a really bad feeling about the whole situation.”

“It’s awful enough that Curt is dead,” she said, “but if it turns out that it wasn’t an accident, then that could mean no one in the neighborhood is safe.”

“Well, that’s one thing I wanted to talk to you about. You see, there was something I didn’t tell the police this morning.”

Darla could almost feel her ears flick forward in sudden interest, just as Hamlet’s did when he heard the sound of kibble pouring into his bowl. No doubt Reese’s ears were doing the same trick. Trying not to appear too anxious, she said, “If it’s important, you should say something. Can you at least tell me?”

Barry hesitated, shifting the DVD case from hand to hand as he seemed to consider whether or not, in Reese’s words, to blab.

“It probably doesn’t mean anything, but yesterday while we were doing some work at the brownstone, I overheard Curt on the phone with her. I don’t want to repeat some of the things he said, but they weren’t exactly nice. I’ve met that girl before, and I know she has a temper. She might have tracked him down there last night to finish the fight . . . and, you know, ended up finishing it for good.” 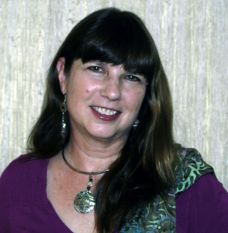 Before Darla could respond to this unsettling revelation, the sound of a flushing toilet interrupted them. The powder room door swung open, and Reese came strolling out, coat over his arm.

“Thanks for letting me borrow the facilities, Darla,” he told her. “It’s a long way back to the precinct.” Then, to Barry, he added, “I thought I heard voices. How ya doing, Mr. Eisen? Darla didn’t tell me you were stopping by.”

I can only hope that Roberta would be proud of me. 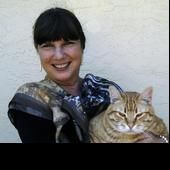 Ali Brandon, author of the upcoming contemporary cozy series, The Black Cat Bookshop Mysteries from Berkley Prime Crime. Mix a bad-tempered black cat named Hamlet with an unwitting bookstore owner named Darla, add a dead body or two, and you have the kind of fast-paced murder mystery that will make you purr with satisfaction.

And, shhh! Don\'t tell, but Ali is also Diane A.S. Stuckart, author of the award-winning Leonardo da Vinci Mystery series. To learn more about Ali/Diane and the first Black Cat Bookshop Mystery, DOUBLE BOOKED FOR DEATH (on the shelves December 2011!), go to www.dianestuckart.com.

TO BE FLUSH WITH SUCCESS

2 thoughts on “TO BE FLUSH WITH SUCCESS”