It was a dark and stormy night.

No, not really. It was full daylight, but so dreary it might as well have been night. Having just arrived in England, my husband and I boarded a train to Derby so I could visit Tutbury Castle. I was horribly sick with a sinus infection and hadn’t slept on the flight at all. As the train juddered, rattled, and picked up speed, someone’s suitcase came loose from the storage area, went airborne, and hit me in the head. It was the last straw, and I burst into tears.

It’s amazing that I got anything at all out of that Tutbury visit, yet seven years later it became the genesis of my new book, Game of Spies. The castle is situated on a hill in a bleak and isolated spot in Staffordshire. Mary Queen of Scots stayed there at various times during her years of imprisonment in England, and it’s said that she hated it because it was cold, damp, and depressing. Tutbury is mostly in ruins now, which is understandable since it was first occupied during the Stone Age. There’s a gatehouse (John of Gaunt’s Gate), an upper and lower bailey, and the remains of a curtain wall, chapel, and two massive towers. Mary and her ladies lodged in a separate residence, which no longer exists. You can see where it was situated, however. 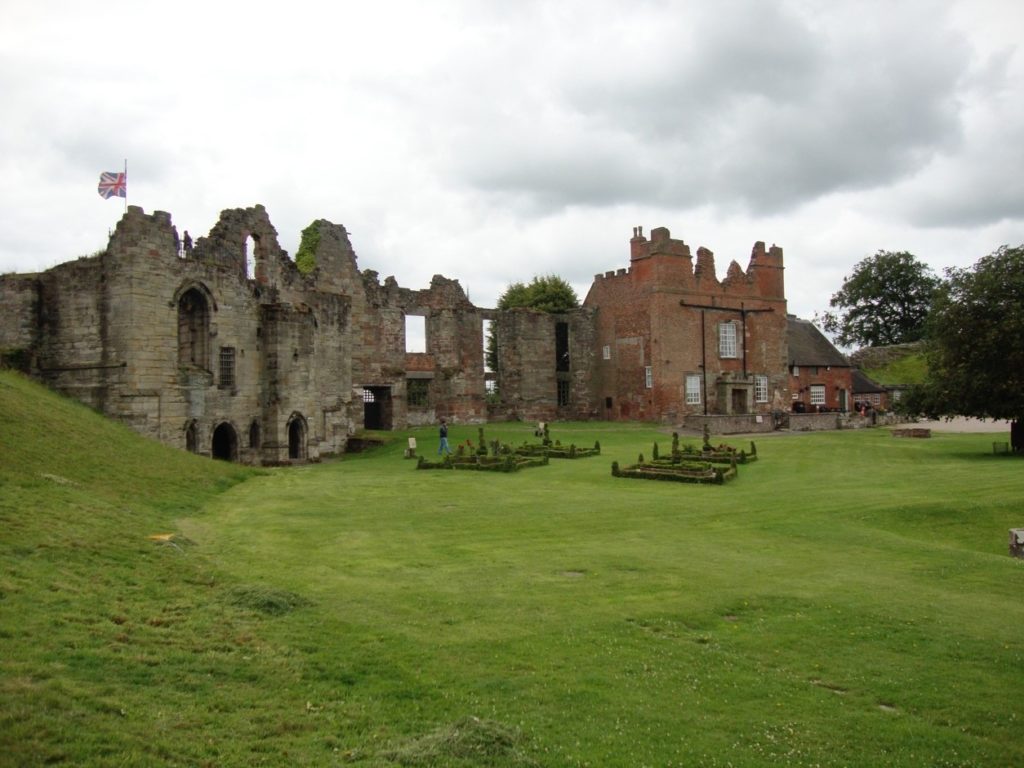 Setting has often inspired me, and Tutbury was no exception. Although Mary isn’t the heroine of Game of Spies, she plays an important role in the story. She was a proud, aristocratic woman, accustomed to luxury, confined to this cold, forbidding place. As I strolled around, my imagination took flight. What if she was surrounded by egotistical and controlling people? What if her ladies-in-waiting were at each other’s’ throats all the time? What if Mary was so desperate, she would have done anything to escape? Finally, what might happen if a young, naive woman became part of her circle, and a bold and handsome man was sent there to spy on Mary? You can see the possibilities!

Isabel Tait and Gavin Cade meet at Tutbury. They fall in love there, in the poisonous atmosphere created by Mary’s ladies and the treasonous men bent on using her to overthrow Queen Elizabeth. The odds seem to be against any romance between them…but odds can be overcome.

Later in the story, Mary’s entire entourage moves to Sheffield Castle for Christmas. It no longer exists, even in ruins, so I had to rely on sparse accounts of it, as well as general descriptions of castles. It’s at Sheffield that a certain incident forces Isabel and Gavin to flee for their lives. They find refuge in Skipton Castle, which has been beautifully restored in its north Yorkshire location. My husband, conveniently on a walking trip in England, brought home photos and a booklet, very helpful in describing Isabel and Gavin’s brief stay—a stay that turns out to be devastating to their relationship.

In the end, they come full circle, ending up at the unwelcoming Tutbury, where Isabel will need to summon all her courage to survive and Gavin all his wits to help ensure that she does.

What castle have you visited or would like to visit? One person who comments will win a signed, print copy of GAME OF SPIES! Comment on or before 7/4 to be entered. 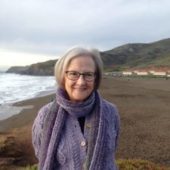 Pamela Mingle found her third career as a writer after many years as a teacher and reference librarian. Her love of historical romance was nurtured by Shakespeare and Jane Austen, and her novels have all been set either in the Elizabethan or Regency periods. Many long walks in England, Scotland, and Wales have given her a strong sense of place around which to build her stories. Game of Spies, her newest book, follows Mistress Spy, both part of the Spies in Love series.