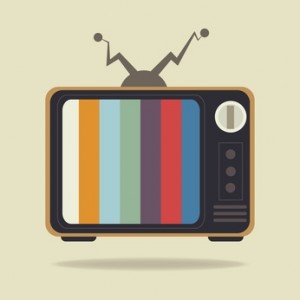 It’s that magical time of year . . . no more re-runs. The new TV season has begun.

Can I hear a “Hallelujah?”

Although I couldn’t say the same last year, there are several new shows that actually look interesting. Plus, I’m even more excited about welcoming back new episodes of old favorites.

So far, I’ve enjoyed, but can’t say I was blown away by, Madame Secretary and gleefully settled down to watch the season premiere of my beloved The Good Wife. Due to their scheduling proximity, I’m sure Wifey-poo will keep me involved with Madame S. So, who knows, maybe this time next year I’ll be rhapsodizing about Tea Leoni starting her second season.

I definitely think she’s an excellent fit for this role. And I do feel this show has the potential to grow on me. We’ll see.

Another newbie I’m looking forward to checking out is How to Get Away with Murder. I love me some Viola Davis! I’ve yet to see her in a scene that, for my money anyway, she hasn’t completely stolen.

A fellow fan told me recently about reading an article about the divine Ms. D that said she’s been known to prepare and study for months for the tiniest roles. Evidently, she creates an elaborate back story for every character. A back story that only she will ever know.

No wonder her performances are so fully developed and rich!

I’m looking forward to welcoming new episodes of Shark Tank back to my home screen later this week (a 2-hour premiere!) and have to admit I enjoyed the first night of The Voice much more than I expected. Who knew Gwen Stefani and Pharrell Williams would be so charming and likeable?!?

That pretty much covers what I’m most excited about for now. But there’s no telling what show’s spell I’m gonna fall under before the season is through.

SO HOW ABOUT YOU, WHAT NEW TV SHOW ARE YOU EXCITED ABOUT CHECKING OUT? WHICH OF THE EXISTING ARE YOUR FAVES?  HAVE YOU SEEN SOMETHING YET THAT EITHER LET YOU DOWN OR MADE YOU HAPPY YOU WATCHED? A FREE COPY OF MY DEBUT NOVEL, MRS. GOODFELLER WILL BE RANDOMLY AWARDED TO ONE PERSON WHO LEAVES A COMMENT BELOW BEFORE THE NEXT WRITERSPACE BLOG IS POSTED.