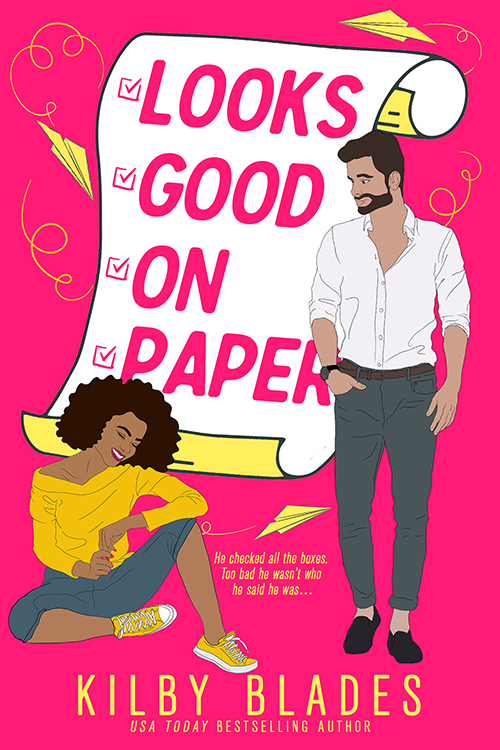 Well, here we are in the modern age. Forget Love in the Time of Cholera. Love in the time of Tinder has arrived. Suddenly we have dating profiles; we’re swiping left, and sliding into people’s DM’s. It’s efficient. But is it right?

Love was once a drawn-out affair–an endeavor that found us hopeful. It made us want to revel in the small temptations of life. Early romance celebrated the glimpse of a bare ankle and the touch of a naked wrist. Modern love completely misses the point.

Enter the epistolary romance, an homage to the love of yesteryear, a throwback to a time when young lovers corresponded privately, savoring every word. When I told my readers I was writing an epistolary, they clamored for details and begged for ARCs. They quivered with antici…pation.

So why do we go gaga for stories that involve writing letters? And why do we love penpals so much? And why is it even juicier when there are secrets? Why was I so excited to write a story like Looks Good on Paper and why was it so satisfying to craft a twist on Cyrano de Bergerac? I’ll break it down for you right here:

Letter writing strips away all superficiality. It forces people to get to know one another, deeply. Have you ever watched that Netflix reality show, Love is Blind? Singles who are serious about finding love learn everything they need to know about potential suitors by “dating” them from behind a wall. No getting caught up in surface impressions, just getting to know someone in the ways that really count. In Looks Good on Paper, Zuri and Nico write to each other over a series of nine months, and what they talk about gets right to the point–the things that bring them joy, their insecurities and baggage from their pasts. All in all, they only exchange about two dozen letters. But by the time they meet in person, they know all the most important parts of one another–enough to know they’ve fallen in love.

We love the waiting game. We’ve grown so bored of instant gratification that we’re starving for suspense. Modern tech has stolen our ability to slow down and savor. Following letter exchanges puts us right there with the characters, waiting and wondering when the next letter will come and what it will say. There’s something refreshing about a tech-free relationship, one without emails and texts and app alerts and FaceTime calls. It brings back the lost art of waiting, and the element of surprise. As I wrote Looks Good on Paper, I loved crafting the moments when Zuri and Nico were waiting for each other’s letters. Nico even developed a ritual for the days when something came from Zuri in the mail. He would read her letters in the evening in front of the fire with a glass of very nice wine. Letter-writing isn’t just about the content, it’s about the ritual. The best epistolary romances capture that.

We love characters with a way with words. This is the heart of the Cyrano de Bergerac trope, modeled off of the 19th century Edmond Rostand play in which a handsome, inarticulate man enlists the help of a man embarrassed about his appearance to woo the woman who both of them love. She is won over by the latter’s beautiful words. Looks Good on Paper finds a reclusive misanthrope with near-fluency in English writing letters to the American penpal of his impetuous brother, who volunteered to be a penpal in their company’s program without thinking it through. This trope works so well because good communication is sexy. It’s thrilling to correspond with somebody who excites and touches us with their words. Readers of epistolary romance know that letters aren’t just letters–they’re tiny bundles of joy, to be kept and treasured.

We love mutual pining. Nothing beats love letters when it comes to capturing the sweetness and hope of a love that’s waiting for its turn to thrive. We love to feel all the feels of two people who are dying to be together. Even better when the letters themselves are the spark that ignite the romance. Even better when the people writing to each other have never met.

And a final reason why we love to read epistolary romances: we crave the moment or when lovers get to meet face-to-face, and we love when the reunion is sweet. Nico and Zuri’s first face-to-face meeting is unexpected to say the least, another little twist that I enjoyed writing. I hope you read Zuri and Nico’s story and enjoy every moment between these two! 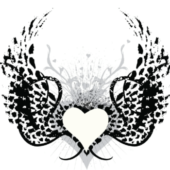 Kilby Blades is a USA Today Bestselling author of Romance and Women's Fiction. Her debut novel, Snapdragon, was a HOLT Medallion finalist, a Publisher's Weekly BookLife Prize Semi-Finalist, and an IPPY Award medalist. Kilby was honored with an RSJ Emma Award for Best Debut Author in 2018, and has been lauded by critics for "easing feminism and equality into her novels" (IndieReader) and "writing characters who complement each other like a fine wine does a good meal" (Publishers Weekly).

During her fifteen year career as a digital marketing executive, she moonlighted as a journalist, freelanced as a food, wine and travel writer and lived it up as an entertainment columnist. She has lived in five countries, visited more than twenty-five, and spends part of her year in her happy place in the Andes Mountains.

Kilby is a feminist, an oenophile, a cinephile, a social-justice fighter, and above all else, a glutton for a good story.

The Sublime Joy of the Epistolary Romance by Kilby Blades