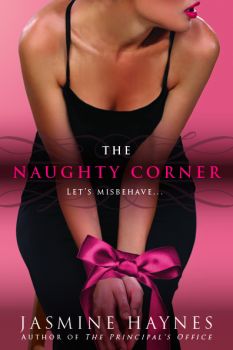 My latest release, The Naughty Corner, takes readers back to the same fun, flirty world of single parenting, principals, teachers, moms, dads, poor students, and discipline problems that I introduced in The Principal’s Office. The only problem? I don’t like kids. Yes, that’s exactly what I told my editor when she asked me to write in that world once more. “I’m not sure I can do it again,” I whined. “I’m not a kid person.” And she answered, “So write about a woman who hates kids and is forced to look after one.” I thought of Diane Keaton in Baby Boom. And then I started thinking about these two kids my heroine is forced into caring for. Not forever, just over the summer. They’re actually her nephews. Yes, yes, my brain started to percolate. They’re twins, and she’s nicknamed them Heckle and Jeckle. If you’re of my vintage, you’ll remember those crazy cartoon magpies who were always getting into trouble. And Lola’s sister (yes, by then I was hearing my heroine’s name) has named the two little rascals William and Harry after the princes, because sis always imagined herself to be descended from royalty. So Lola starts figuring out how to unload Heckle and Jeckle for as many hours as possible during the summer days. Ahah, perfect idea, enroll them in football camp! Which happens to be coached by the very sexy Gray Barnett. The only problem now? Coach Barnett threatens to throw the princely twins out of camp because they’re so disruptive. There’s only one way he’ll keep them on: If Lola agrees to take their punishment in the naughty corner. Really? He wants to spank her? Well, gosh, yes, that might actually be fun. And very sexy.

And that is how a writer’s mind works. My editor makes one small comment that sparks an idea. That sparks another and another. All of a sudden, I have people running around in my brain who all sound very real. Almost like I’m hearing voices. A similar thing happened with my November release, The Other Man. I was writing a secondary character in another book, and I simply fell in love with the guy. I had to write his story. It was exactly the same thing with the sequel to The Naughty Corner. I found Lola’s BFF Charlotte to be utterly charming. And I had to find out what her story was in Teach Me a Lesson, coming out in April 2014.

So tell me, do you think writers are wacky because they hear voices in their head?

I’d like to invite you to read the full book blurb for The Naughty Corner and an excerpt on my website at http://bit.ly/1bnaX6k! 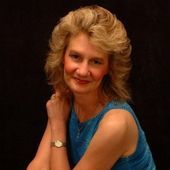 Jasmine Haynes (who also writes as JB Skully) lives in the foothills of California's Santa Cruz mountains in a little town called Ben Lomond, and she's married to her very own Viking God. Gee, now isn¹t that a heroic image. She's been making up stories since she was six (her sister still remembers being forced to read those horrible early attempts). She loves writing hot, sexy romance, the stuff fantasies are made. Especially her own.

Sometimes it’s good to be sent to The Naughty Corner