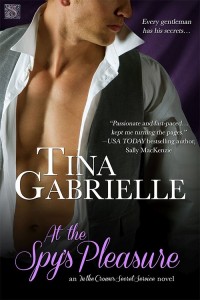 I’ve always enjoyed romance novels with spies. I love the combination of romance and espionage. I had fun writing At the Spy’s Pleasure, the second book in my Regency spy series, In the Crown’s Secret Service. Both books in the series are adventurous historicals about sexy spies and the feisty, independent women who capture their hearts. So what do I love most about spy romance?

They’re cool and elegant under pressure. My hero, Gareth Ramsey, is a barrister by day and a spy for the Crown at night. Society thinks he’s a cynical man who doesn’t believe in matters of the heart. No one knows about Gareth’s clandestine espionage assignments, especially Jane, the widowed countess of Stanwell. She thinks he’s an arrogant, jaded man when they first meet. Her beliefs are tested when they share a forbidden and passionate kiss at a masquerade. Even when things get difficult, Gareth’s remains self-confident under pressure.

They’re mysterious and dangerous. You never know what a spy’s true motives are and you feel compelled to find out what they’re hiding.  A reader needs to unearth all their secrets and find out the truth. They’re also dangerous and have close calls. We hold our breath for each narrow escape, and when the intrigue is interwoven with the romance, the result is a sizzling read.

They believe in a higher cause. Gareth is known as a ruthless barrister, but behind the façade, he works for the Crown and is willing to put himself in danger to achieve his mission. It’s heroic and romantic.

They are sexy! I had a certain vision when I first described Gareth. He’s sexually confident and uses that to his advantage when he’s assigned his missions. He’s also protective of the innocent and when my heroine, Jane, unwittingly gets involved with the suspect of Gareth’s current mission, he feels compelled to come to her aid. We can’t help but fall in love.

So do you like romances with spies or a touch of mystery?

Thank you for stopping by and commenting! Please visit my website at www.tinagabrielle.com to learn about upcoming releases and join my newsletter for free monthly contests and giveaways.

AT THE SPY’S PLEASURE
Book II
In the Crown’s Secret Service Series
London, 1821

After years of marriage to a selfish man who preferred gambling to his young bride, Jane, the widowed countess of Stanwell, now seeks what she was long denied—a satisfying lover. Naturally, a lady needs a list of eligible candidates, which doesn’t include the dangerously handsome (if far too arrogant) Gareth Ramsey…until he steals a sinful kiss from Jane’s all-too-willing lips.

Reputed as an arrogant barrister, Gareth’s real occupation is as a spy in the service of His Majesty, and his suspect is on Jane’s list of possible lovers. With her life in danger, there’s no safer place for Jane than with him—and in his bed. But Jane is as distracting as she is infuriating, and keeping her by his side while he pursues his mission might just endanger them both…

The mission did not go quite as Robert Ware—known in society as the new Earl of Kirkland—planned. A spy in the service of His Majesty, Robert is a “guest” at a masquerade party as he retrieves vital information for a murder investigation. Until he’s quite unexpectedly interrupted by an exquisite, masked woman with glittering green eyes. And a pistol she has cocked and aimed right at him…

Lady Sophia Merrill has defiantly taken up justice’s shining sword, determined to expose the brigand who murdered her eccentric but brilliant father, and stole his latest invention. Now she must masquerade as Robert’s betrothed in order to infiltrate the Inventor’s Society and find the killer. But the undeniable potent attraction between them not only imperils the investigation, but Sophia’s reputation… and both of their lives. 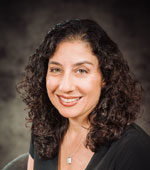 2 thoughts on “Spies and Love”