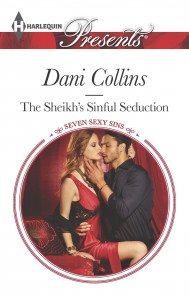 Do you think lust is sinful?

I have to admit I’m on the fence, probably because I’m a romance author and I see it as an expression of attraction and love. The definition is only “a very strong sexual desire,” which doesn’t imply anything really unsavory, does it? I guess the question is, do you think sexual desire without love is sinful?

All of this was something I had to explore as I wrote The Sheikh’s Sinful Seduction. I was asked by my editor at Harlequin Presents to participate in a multi-author series exploring all the deadly sins. They switched it up to the Seven Sexy Sins and, as you have probably guessed, I was given the theme of lust.

Both characters needed to see desire as sinful to some degree. For Fern, her mother had instilled a kind of shame in it. Definitely a healthy dose of caution against giving into wantonness. Fern was the product of lust and her mother felt that being a single parent ruined her life. She set the blame for her unhappiness squarely on Fern, leaving Fern pursuing the life of a bookworm rather than thinking about boyfriends. She’s quite the inexperienced virgin when she meets Zafir in his oasis.

Sheikh Zafir is the product of love, but because his parents never married and were from different cultures (English and Arabic) he is also the product of a type of dangerous lust. He can’t repeat his father’s mistake and fall for an English woman. His country will revolt.

But the sexual pull between these two is impossible to resist.

So they give in to lust, agreeing that it is a temporary affair. But Fern gets pregnant and they must confront the sin they’ve really committed—pursuit of pleasure without considering the consequences.

A king among men, Sheikh Zafir cannot allow emotion or feelings to color his judgment. His carnal desires must be curbed for the sake of peace in his kingdom. But his control is tested by the feisty Fern Davenport; Zafir must have her.

Innocent Fern Davenport tries to resist the sheikh’s skillful seduction—she knows that he could never marry her. But under the blistering sun an incendiary thirst awakes, and one incredible night results in a very lasting consequence.

Now this sheikh must claim his heir and his bride!

She usually walked away when feeling picked on, but despite the seventeen square kilometers around her, she didn’t have anywhere to go. The only place she could hide from Zafir was her own quarters, so she ducked into them. She bent under the light weight of the silky red fabric to pick up the pole from the ground and worked her way to the center, where a grommet awaited on the roof and the floor.

Of course it wasn’t as easy as it looked. She got the top one hooked in, but even though the tent wasn’t heavy, the tension in the fabric was resistant to her attempts to align the bottom of the pole into the floor.

“You spaced the pegs too far away,” she told him, hearing her mother’s voice and cringing.

“I’ve pitched more tents than you have, Fern,” he drawled and she narrowed her eyes at him even though they couldn’t see each other.

Another pole made a zipping noise as he slid it into the pocket that would form one of the corners. “Let me finish this part then I’ll help you.”

The tent shifted on her hair, making it crackle with static. She debated crawling out, but couldn’t make herself go out there and face him.

Another zip, zip, zip and he had the back and walls stabilized.

Leave when he comes in, she thought, but he lifted the front of the tent and took up all the space, bringing the middle of the tent pole so it slid through her light grip and the roof climbed as he neared her. Then he was standing before her, the narrow pole between them, his tanned face tinged by the translucent red of the fabric, his gaze fixed on hers.

He slid his hands over her limp ones and guided the bottom end of the pole into place.

She tried to look away, but he was tall and very close. He smelled good. Earthy and sweaty, but not overpowering. Masculine and intriguing. Aside from her mother’s specialist, she’d never met a man with such an air of command and that physician had been white-haired and potbellied. Zafir was in his prime, not just healthy, but radiating supremacy.

In the back of her mind, she knew she was behaving like some kind of rock-band superfan, speechless in the presence of a man with star quality, unable to move, but he was so incredible. She found herself staring into his eyes for too long. She knew it was too long, but she couldn’t look away from those crystal blue-green depths. They quested, delving into hers, demanding something she didn’t even understand.

Say something, she thought, and let her tongue wet her lips.

His gaze lowered to her mouth.

She found her own gaze dropping to his mouth, wondering how it would feel to have those smooth lips rubbing against hers. Her heart was fluttering like a trapped bird, her pulse pounding in her ears.

He lifted his hand to hover hotly next to her cheek, scorching her. His brows jerked in some type of struggle. Was he going to kiss her?

It was remarkable yet terrifying. Did she really want to do this? It was so wrong, but he was right there. 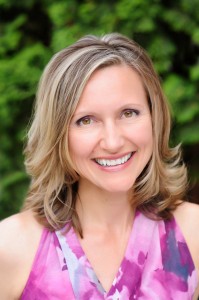 Award winning author Dani Collins wrote for 25 years before selling to Harlequin Mills & Boon in London in May of 2012. Since then, she’s turned in more than a dozen titles to Harlequin Presents and HarlequinE and four small town contemporary novellas to Montana Born. She has even found homes for some of her previously rejected manuscripts, including indie-publishing her single title romantic comedy, Hustled To The Altar and signing with a small press for her medieval fantasy, The Healer.

Dani doesn’t have any hobbies. She’s too busy writing. Her latest books are The Sheikh’s Sinful Seduction, a March release from Harlequin Presents and The Bachelor’s Baby from Montana Born, available digitally on all platforms March 6th.

The Sheikh’s Sinful Seduction can be purchased in mass market paperback or eBook format for/from: 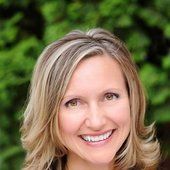 One thought on “The Sin of Lust”