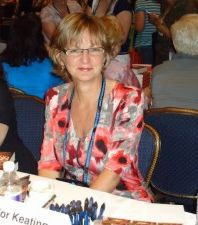 I’ve noticed that a lot of successful writers tend to optimists.

This makes perfect sense. You can’t be a writer if you don’t believe in your own potential for success. Your work has to have value, and although the value assigned to it is entirely up to you, you have to be optimistic that you’ll achieve your goals.

Straight up, the only thing remotely optimistic about me is the way I continually read motivational books in the hopes a more positive attitude will rub off. But I figured I could do this if I set a few goals. I might not be much of an optimist, but I’m task-oriented.

In that frame of mind, I drafted a plan. I broke it into manageable pieces. I swore I’d practice each step until I perfected it. Then, I googled optimism.

And discovered I had a problem.

Turns out, the first step in being an optimist is to let go of the feeling that the world is against me.

I don’t feel like the world is against me. It’s simply that tragedy tends to strike me more frequently than anyone else I know. My husband suggested that perhaps my paranoia stems from how I categorize my tragedies. He doesn’t believe the internet being down is the first sign of an apocalypse. But how can he know that for sure if the internet is down?

The second step is to understand that the past doesn’t equal the future.

I call bull on this one. I keep hearing that history repeats itself. I see it in the news every day. Look at Russia. The past may not equal the future, but it spreads itself around. If one person learns a lesson, another one has to test it. The past is tricky. It can disguise itself. All you have to do is look at horrible fashion trends from the Seventies.

Moving on to the third step… seeing myself as a cause, not an effect.

What does this even mean? If I bought into the statement that “some actions lead to good results,” I’d be wearing bell bottoms right now. Sometimes, you just know something is wrong. On the flip side, some things are right. I think it’s got something to do with a law of averages—although I might be generalizing.

At last. We’ve found one I can support. I write these down and tape them everywhere all the time. In fact, I even have a little pewter worry stone in front of me right now. It says “Wealth,” and I’ve had it for seventeen years. I rub it whenever I worry about money.  Now that I think about it, it’s possible my worry stone has simply lowered my expectations.

Step number five is an easy one: remember that life is short.

And then you die.

Pessimism, according to my Google search, is a waste of time. But come ON. Prove me wrong on this one, Optimism. Prove. Me. Wrong.

The sixth and final step says a person should be a balanced optimist.

In layman’s terms, that means don’t have unrealistic expectations. If the article had led with this, it could have saved time. Optimists, it turns out, are realists who’ve been dressed up in a fancier suit. They’re wearing the tuxedos. Realists are in T-shirts and jeans.

I’m definitely T-shirt and jeans. (Sometimes sweatpants and pajamas.) I love writing, and if I put it on a worry stone and rub it for seventeen years, there’s a good chance my goals will be met.

Or at the very least, they’ll meet my expectations. 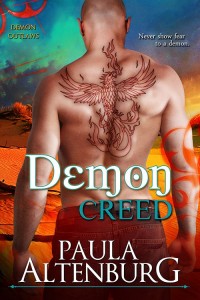 As a highly skilled assassin, Creed is used to being called upon by the Godseekers for help. But in a world just recently rid of demons, the task to now track down half-demons isn’t as easy as it seems. Not only is Creed himself a secret half-demon now going against his own kin, but when he discovers numerous innocent children are being kidnapped in the mountains, he second guesses his mission. Justice should be for all, not just for demon spawn.

Living in a world of cruel men, Nieve has no memory of her life before her enslavement. But when Creed comes around asking questions about missing children, the memories of her half-demon son – and the demon who tricked her – come flooding back. Now, Nieve will do anything to get her son back…even if it means putting her trust in Creed.

Together they set out to find the Demon Slayer who can help them. Little do they know the demon who fathered Nieve’s son is also searching for Nieve, and he’s teamed up with the kidnapper to draw her out. Creed and Nieve must race against the clock to save the children, their hearts, and the world. 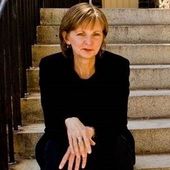 Paula Altenburg lives in rural Nova Scotia, Canada, with her husband and two sons. Once a manager in the aerospace industry, she now enjoys working from home and writing fulltime. Paula writes fantasy and paranormal romance, as well as short contemporary romance.

One Writer’s Journey to Becoming an Optimist