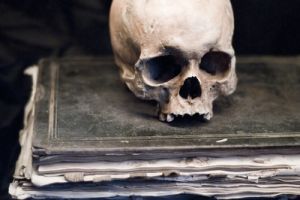 If you’re looking for some reading material that’s sure to haunt you as a result of being oh so good, check out the October releases offered by some of Writerspace’s Top Shelf Authors.

Available this month for your reading pleasure:

Amber Langley’s last relationship, with race car driver Roarke Kelley, was passionate, full of drama, and managed to crash and burn in a most spectacular fashion–leaving Amber determined never to fall in love again.

When Amber’s boss Cormick Grayson proposes marriage as a business arrangement, Amber accepts. Having sworn off passion, this could be the perfect solution for her love life.

Reba Farrall was lost until a kindly old gentleman took her under his wing and helped heal her shattered spirit.

Now her dearest friend is gone, leaving her with a half-interest in a California gem mine. But when Chance Walker—a daring adventurer who’s in pursuit of priceless uncut stones—steps into Reba’s life, her world is turned upside down.

In the blistering heat of Death Valley, Reba and Chance confront a sizzling attraction. But when danger surrounds Reba, their hope for a future together is threatened—unless Chance can protect the only woman he’ll ever love.

A Proposal for Christmas: State Secrets
(with The Five Days of Christmas by Lindsay McKenna)
By Linda Lael Miller
eBook
Released 9/24/13, reissue from 12/85
Published by Harlequin HQN
LindaLaelMiller.com

Secret Service agent David Goddard never expected to spend his Christmas surveilling the president’s cousin. But after weeks of studying her, he finds that Holly Llewellyn’s life continues to remain a mystery.

Tangled in the controversy swirling around them, David wonders, is it her secrets that fascinate him… or Holly herself?

THE FIVE DAYS OF CHRISTMAS

Morgan Trayhern’s toughest mercenary, Colt Hamlin, is looking to lie low this Christmas, but he may just have a change of heart when his matchmaking boss puts him in the path of Montana’s prettiest widow.

For Glory Parsons, “home for the holidays” wasn’t exactly the stuff of sing-a-longs and sleigh rides. In fact, she dreaded it. Dreaded having to face the things she’d lost—her brother, a casualty of war; and Jesse Bainbridge, a casualty of her own weakness. She’d never been able to tell Jesse the reason she’d left him abruptly ten years ago, after she’d promised to love him forever. And he certainly didn’t seem open to talking about it now.

Jesse had too much on his plate to get involved with Glory Parsons. He was the sheriff of Pearl Lake and responsible for his orphaned niece. So why couldn’t he stay away from the woman? She drew him, just as she always had. But there would be no kisses under the mistletoe for them until he knew the truth. If he was strong enough to face it.

SNOWBOUND WITH THE BODYGUARD
Carla Cassidy

She’d been stranded by a snowstorm with nowhere to turn. But when all seemed lost, mom-on-the-run Janette Black saw the sign for Wild West Protective Services–and found Dalton West.

The loner of the West clan had no time for love and family. But protecting was in Dalton’s blood–and he knew when a woman carried secrets. He would take Janette and her baby into his home to wait out the storm, and bar the door from any danger. And when Janette’s demons tracked her down, Dalton would take on hell itself to keep her safe from harm.

WOMAN HATER—Everyone in Nicole White’s office described their boss’s mysterious older brother as a real woman hater. So when Nicki had to tag along with her ailing employer to his brother’s Montana home, she was prepared for the worst.

To her surprise, what she found was a man more roughly masculine than any she’d ever met. But Winthrop Christopher’s distrust of women ran straight to the bone. Nicki knew she should steer clear of him, but she couldn’t hide the feelings he stirred in her. Could she ever teach him to love again?

THE HUMBUG MAN—Montana rancher Tate Hollister was the grouchiest widower Maggie Jeffries had ever met. But, as the holiday season progressed, Maggie discovered that Tate wasn’t completely immune to the Christmas spirit. In fact, his loving embrace might just be the gift of a lifetime….

Danger signs rise off Jase Kayrs like steam—the scars, the secrets, the strength. He’s got a mission, and he’s not interested in much outside of it. Except Brenna Dunne.

Brenna was an ass-kicking, name-taking witch—before the poison that’s killing her sapped her powers too. She knows there’s more to Jase than a handsome face and an ugly history. But there’s no time to find out what. Taking him as her mate might save her life. But once she unleashes the force of his desire, there will be no turning back…

Ready or not, here they come…