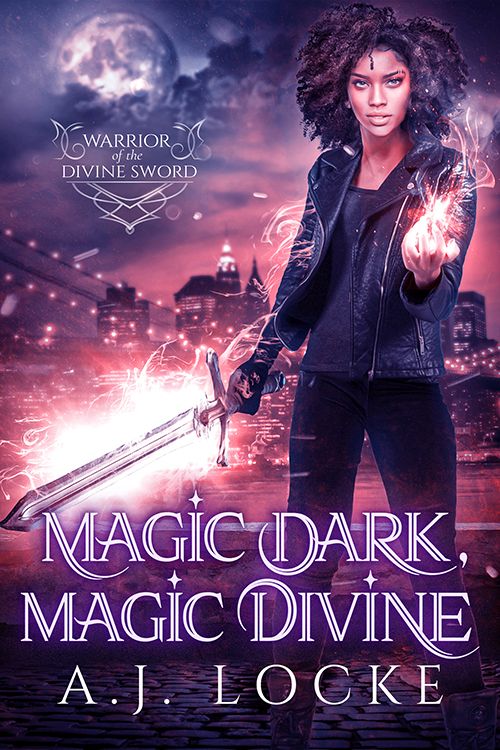 Hi everyone, I’m A.J. Locke, author of the upcoming urban fantasy novel, MAGIC DARK, MAGIC DIVINE with Entangled Publishing. For my guest post I thought it would be fun to introduce my four main characters, Pennrae, Callan, Gideon, and Toji, by having them play a game of “Never Have I Ever.” Each character will ask the others two questions, and we’ll see what their responses are. I hope you enjoy getting to know them!

Gideon: Me first! Okay, let me think, I’ve done a lot of stuff…
Penn: Understatement.
Gideon: You know what, just for that, my first question is: Never have I ever fallen asleep for two-hundred and ninety-two years
Penn: Wow. Wow.
Gideon: Well?
Penn: …I have.
Toji: I haven’t.
Callan: I haven’t, but I wish I did.
Penn: What??
Callan: Just trying to be supportive.
Penn: You da best.
Gideon: Second question! Never have I ever pit two rival warlords against each other and almost get taken out in the process.
Penn: I feel like these are targeted questions. Hmph. I have. And I won in end.
Callan: I haven’t.
Toji: I haven’t, unless doing it in a video game counts. And now it’s my turn. Never have I ever been sat on by a Circoux
Penn: The attacks continue, wow. I have…Ashe can be moody sometimes.
Toji: Like when you’re teasing her?
Penn: I see no correlation.
Toji: Of course.
Callan: I have, because Penn told her to.
Penn: You ate the last slice of cake, you’re lucky I didn’t tell her to breathe fire on you.
Gideon: I have, because I tried to ride her and she wasn’t having it.
Penn: I told you I’m the only one allowed to ride her.
Gideon: Whatever.
Toji: Second question. Never have I ever given someone a lap dance.
Penn: Spicy! And I haven’t, unfortunately.
Callan: I haven’t either. But we can change that, Penn.
Penn: We definitely will.
Gideon: So, who will be dancing for who?
Penn: Coin toss
Callan: No need, I already have a song and outfit picked out.
Penn: Well then!
Gideon: I have and Toji is sitting there looking smug because he’s recalling the experience.
Penn: He’s trying to hide his grimace with a smile.
Gideon: I hope Ashe sits on you later.
Callan: My turn to ask. Never have I ever broken a bone.
Toji: I have, my forearm when I was about twelve. Fell off my bike.
Gideon: I haven’t, thankfully.
Penn: Too many to count. But my dad was a Bone Shaper and put me back together like it never happened.
Callan: Next question. Never have I ever skinny dipped.
Gideon: Tsk, tsk. My poor man, you have not lived.
Callan: Is that a yes for you then?
Gideon: Of course!
Toji: I have as well.
Penn: You two…
Toji: Even before I met Gi, actually.
Gideon: Hm, yes, Toji had a life before he met me but we pretend he didn’t whenever possible.
Penn: I have, but it was less about the fun and more about getting clean while traveling with my Warrior’s Guild. Sometimes a lake or small stream was all we had. My turn now! Never have I ever posed nude for an art class.
Gideon: Pointed attack!
Penn: Revenge is sweet.
Callan: I haven’t. But you really have, Gideon?
Gideon: Sometimes my finances were on the struggle bus when I was college, okay. It was good money and now dozens of people have my majestic form immortalized in charcoal.
Penn: So much I could say I just don’t know where to begin…
Gideon: Your sass has finally been overwhelmed.
Callan: You’ve short circuited her. Never thought I’d see the day.
Penn: Give me two to three business days and I’ll be back in fighting form.
Toji: I never have, but since I have a willing model I might have to pick up some charcoal.
Gideon: My majestic form is ready for you, Toji darling.
Penn: Next question. Never have I ever been catfished.
Gideon: Woman, I swear…
Penn: You threw the pitch I’m just swinging the bat, bestie.
Gideon: Sigh. I have. People were doing the most during college.
Toji: I have too, unfortunately.
Gideon: Then we found each other and those catfishes can drown.
Penn: Um, you know catfish…
Gideon: It’s too deep a metaphor for you to comprehend, let’s move on.
Callan: I haven’t, but I’d be interested to hear more about Gideon and Toji’s experiences.
Gideon: It will be a chapter in my memoirs, you can buy it and read it then.
Penn: Free 99 or no dice.
Gideon: Wow. It really be your own people…

I hope you enjoyed a little bit of insight into my characters. Thank you so much for having me, Writerspace! One person who comments will win a $10 Amazon gift card. 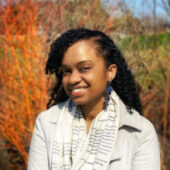 A.J. Locke is an author and artist, originally from Trinidad & Tobago, now residing in NYC with her daughter. She's your typical over-caffeinated artist with too many ideas and not enough time to write them. She slays at urban fantasy but loves exploring other fantasy genres as well as poetry and children's picture books. She's a bookkeeper/child wrangler by day and moody writer by night.

Never Have I Ever…

6 thoughts on “Never Have I Ever…”