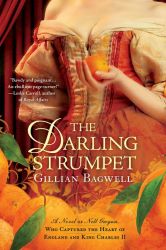 Nell Gwynn, the subject of my novel The Darling Strumpet, was one of the first English actresses. She was a gifted comedienne and had a very likeable sex appeal, and she shot to stardom. Her theatrical career, though relatively brief, took place during one of the most interesting periods in theatre in England, when in just a few years, performance conditions evolved from what they had been during the reign of Queen Elizabeth to what they essentially remained until the end of the nineteenth century, except for the introduction of gas and then electrical lighting.

The period from near the end of the sixteenth century to 1642 was a golden age in theatre. Shakespeare and his contemporaries Ben Jonson, Christopher Marlowe, Thomas Middleton, Francis Beaumont and John Fletcher, Philip Massinger, and many more wrote a vast number of plays for the thriving playhouses. There were several professional acting companies, headed by the Queen’s Men—later the King’s Men, who were supported by first Queen Elizabeth, and then James I and Charles I, and were officially servants of the monarch.

There was an established process for training young actors, who were apprenticed to learn under more experienced players. The most talented of these boys were entrusted with playing women’s roles, because women were prohibited from performing in public theatres. All of the great Shakespearean women’s parts, from Juliet to Cleopatra to Lady Macbeth, were performed first by boys and young men. The playhouses were patronized by all classes of Londoners, and the acting companies also performed at court.

Along with many other aspects of daily life, all this changed when Charles I was removed from the throne and Oliver Cromwell came to power. Cromwell ordered the playhouses closed, and many of them were torn down.

For eighteen years, there was officially no theatre in England. The actors were prohibited from engaging in the only profession they knew, and clandestine and private performances were sometimes raided, and the actors jailed and their audiences fined.

In1660, England had had enough of Puritan rule, Charles II was welcomed from years of exile, and on May 29, he rode into London on his thirtieth birthday to claim his throne. This restoration of the monarchy—the Restoration—gave its name to the years that followed Charles’s return, including the new era in English theatre that dawned along with the return of the king.

By summer, the acting companies were performing openly. On June 6, Samuel Pepys wrote that the Dukes of York and Gloucester went to see Ben Jonson’s Epicoene, probably at the Red Bull. Performance conditions in these early days were unchanged from what they had been when the theatres were closed, and even from fifty years before that. The Red Bull had been built in about 1608 and the stage faced galleries around three sides of a yard that was open to the elements. The company there was formed from many of the top actors of the old days, who would shortly become the King’s Company. But they were all men, along with a few boys who were being trained.

Soon, Thomas Killigrew and William Davenant were authorized to form the King’s Company and the Duke’s Company, and both companies opened new indoor theatres in buildings that had previously been tennis courts. The king authorized women to appear on the stage for the first time, so the acting companies recruited and trained a few women, and on December 8, an actress with the King’s Company, likely Anne Marshall, played Desdemona in Othello. It was the first time that a woman had appeared on an English stage, and the occasion was marked by a special prologue.

For a few months, both women and boys played female roles. But audiences found actresses titillating, and soon only women were playing women’s parts. This change sparked another, because now that playwrights knew that women would be playing the roles – and even knew which women they were writing for – women’s parts took on new importance.

At the age of thirteen, Nell Gwynn got a job as an orange seller at the Theatre Royal, which opened in 1663 on the same site in Drury Lane as the present theatre. Her looks and witty banter got her noticed, and soon she was the lover and protégée of Charles Hart, one of the leading actors and shareholders of the King’s Company. She probably made her debut in Thomas Killigrew’s comedy Tomaso, in a small part as a saucy wench, but soon she was appearing in leading roles—many of which were written for her. Her performance as Florimel in John Dryden’ Secret Love made her a favorite of London audiences, and launched a new genre of play, as she and Hart appeared in a series of comedies featuring battling lovers.

Although there are, of course, no photos of recordings of Nell or her performances, she has remained beloved in the popular imagination, partly because she rose from poverty and achieved wealth and fame as the king’s mistress—a real-life Cinderella story—but never put on airs or pretended to be other than what she was. The people’s affection for one of their own who made good is epitomized by a comment by one of my friends in London, an East End electrician, who grinningly called Nell “My favorite king’s bit on the side.”

Nell left the stage when she bore the king a son in 1670. She acted again briefly, but after the birth of her second son, on Christmas Day 1671, she retired from acting permanently. Charles loved her boys as he did all his many children—none of whom were legitimate, and Nell’s older son Charles eventually became the Duke of St. Albans. He married the daughter of the Earl of Oxford and had a large family, and Nell’s descendants include Samantha Cameron, wife of the British prime minister David Cameron.

Gillian Bagwell’s richly detailed historical novels bring to vivid life England in the sixteenth and seventeenth centuries. The Darling Strumpet , which has just been reissued in mass market paperback, puts the reader smack in the tumultuous world of seventeenth-century London, charting Nell Gwynn’s meteoric rise from the grimy slums to triumph as a beloved comic actress, through the cataclysmic years of the last plague epidemic and the Great Fire of 1666, to the licentious court and the arms of the king.

The September Queen (U.K. title The King’s Mistress) is the first fictional accounting of the extraordinary real-life adventure of Jane Lane, who risked all to help the young  Charles II escape after the disastrous Battle of Worcester in 1651, saving his life and the future of the English monarchy.

Gillian’s third novel, Venus in Winter, will be released on July 2, 2013. Based on the first forty years of the life of the formidable four-times widowed dynast Bess of Hardwick, it begins with Bess’s introduction to the court of Henry VIII just as the king weds Anne of Cleves. Bess quickly learns to navigate the treacherous waters, and survives the turbulent reigns of five Tudor monarchs to become of the most powerful women in the history of England.

Gillian uses her years of experience in theatre an actress, director, and producer to help authors give effective public readings, through workshops and private coaching.

Her life-long fascination with British history and dedication to research infuse her novels with a compelling evocation of time and place, and provide fodder for her non-fiction writing, including articles on “Frost Fairs on the River Thames” (http://www.lorisreadingcorner.com/2011/01/guest-post-giveaway-gillian-bagwell-the-darling-strumpet.html), “The Royal Miracle: The Biggest What-If in English History,” 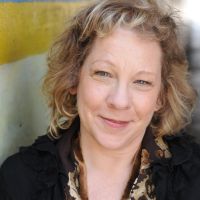 (http://www.historyinanhour.com/2012/07/14/charles-ii-royal-miracle), and “1660: The Year of the Restoration of Theatre.” Gillian blogged her research adventures for The Darling Strumpet (http://www.nellgwynn.blogspot.com) and The September Queen, including the day-by-day events of Charles II’s dramatic escape after the Battle of Worcester (http://www.theroyalmiracle.blogspot.com).

Please visit Gillian’s website, www.gillianbagwell.com, for more on her books and upcoming events. 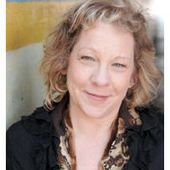 Gillian Bagwell has had a life-long love of books, British history, and theatre, and united these passions in writing her first novel, The Darling Strumpet. She grew up in Berkeley, California, and began her professional life as an actress and moved from acting to directing and producing, founding The Pasadena Shakespeare Company in 1994, and producing thirty-seven productions over nine seasons.

Gillian began researching Nell Gwynn as the subject of one-woman show, but realized that such a brief format couldn’t do justice to the richness of Nell’s life, and started writing The Darling Strumpet while living in London in 2006. Her extensive background in theatre has enabled her to bring vividly to life the theatrical conditions and performances of Nell’s time. During the course of researching The Darling Strumpet, Gillian learned of the unbelievable true adventures of Jane Lane, the heroine of her second novel, The Royal Miracle.