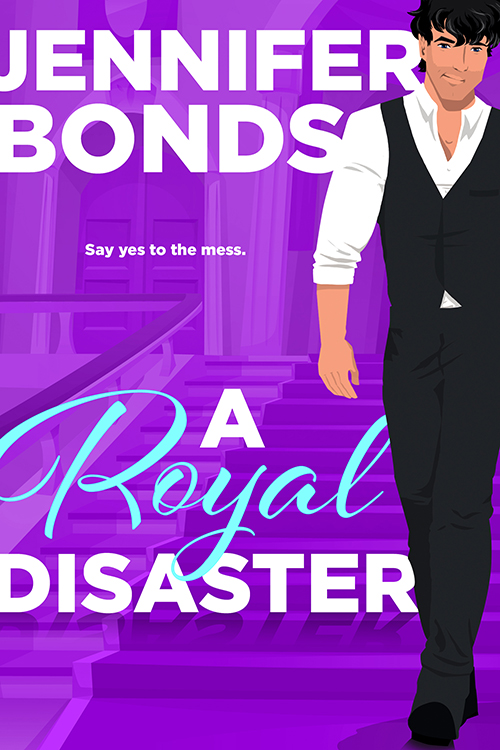 There’s no denying that life in the digital age has its advantages—online shopping, video chats with loved ones (looking at you 2020), and let’s not forget the endless supply of cat memes to cheer you up when you’re feeling down. But all this technology and instant access to information isn’t without its price. Just ask anyone who’s ever been featured on the front page of a tabloid or dragged online.

With great power comes great responsibility, as they say. The origin of the quote may be up for debate, but the meaning behind the words is not, which is an idea I wanted to explore in my new book, A Royal Disaster.

I’ve always been fascinated by the British monarchy, and as I began plotting this series, it was impossible to escape the endless headlines featuring the royal family—some favorable, some…not. So often we talk about privacy rights and the impact of the media on entertainers, athletes, and politicians, individuals who’ve chosen careers in the public eye, but what if you’re born into it? What would it be like to live your entire life in the spotlight with the heavy weight of expectation placed upon your shoulders?

Although A Royal Disaster is a light-hearted romcom, I wanted to show the impact of the media on the royal family and the way it shaped their relationships and perceptions of the world around them. Liam, the hero in A Royal Disaster, is the crown prince of a fictitious nation who’s dedicated his life to serving his people and upholding the lofty standards expected of the monarchy. It’s only when he’s named the World’s Most Eligible Bachelor that a momentary lapse in judgment lands him in the tabloids, putting everything he’s worked for at risk and tarnishing the reputation of the heroine, Elena.

A flash lit up the alley, and his gaze darted to the fence, where a photographer was firing off shot after shot, a shit-eating grin plastered on his face.

The last thing he needed—on a long list of shit he didn’t need—was to be photographed in such an undignified position. With a woman, nonetheless.

A muscle in his jaw twitched.

Their Majesties weren’t going to be pleased. They were not easily amused, especially when it came to compromising photos of their children in the press. After all, it was difficult to claim divine right when one’s progeny were making arseholes of themselves in front of the entire world.

Liam had largely avoided such humiliations, but he wasn’t naïve enough to think this wouldn’t be on the wire within hours. He was the crown prince, and this was exactly the kind of dirt the gossip rags liked to publish. But there was nothing to be done about it now. Engaging the photographer would only escalate the situation. He scrubbed a hand over his face and turned his back to the paparazzo. He might be exposed, but he didn’t have to make it easy for them. “Would it be possible to use the lavatory to clean up?”

The woman studied him for a painfully long moment, and he could almost see the word “no” forming on her lips, but she finally nodded in agreement and gestured toward the back door.

“So, are you a celebrity or something?” she asked, glancing nervously at the cameraman peering over the gate.

Talk about a loaded question. Common sense dictated he should tell her the truth, but he liked the way she was looking at him, like he was a mystery she wanted to solve and not a prize to be claimed, so he kept his answer vague. “Or something.”

Liam’s indiscretion has unintended consequences for Elena, and when she gets dragged on social media, he suggests a fake relationship to help repair her image. Only things don’t exactly go according to plan, and the harder they try to control the online narrative about their budding romance, the more out of control the situation gets, which we can all relate to on some level.

No one wants to go viral for all the wrong reasons—and most of us don’t have to worry about the constant imposition of the media—but despite Liam and Elena’s tumultuous relationship with the paparazzi, A Royal Disaster is a swoon-worthy Cinderella story with happily ever after guaranteed. If you’re looking for a fun, laugh-out-loud escape from the real world, I hope you’ll check it out! 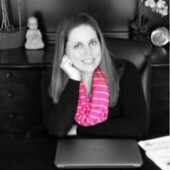 Jennifer Bonds writes sizzling contemporary romance with sassy heroines, sexy heroes, and a whole lot of mischief. When she's not writing or wrangling toddlers, she can be found curled up with a good book and a bottle of wine. Jennifer lives in Carlisle, Pennsylvania, where her overactive imagination and weakness for reality TV keep life interesting. She's lucky enough to live with her own real life hero, two adorable children, and a pair of rambunctious dogs. Loves Buffy, Mexican food, the Winchester brothers, and all things zombie. Sings off-key.