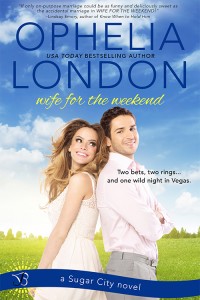 Hi there! Thanks for having me on your fabulous blog to talk about my new novel, WIFE FOR THE WEEKEND. The story is about Jules and Dexter, two kind-of-acquaintances who get stuck at the Las Vegas airport, have a biiiiiit too much to drink, then wake up married with no memory of the night before. Happens all the time in Vegas, right? Thanks to a family bet, being married just made Dex some fast cash. When he says he’ll split it with Jules if she’ll pretend they’re a happily married couple for the weekend of his brother’s wedding in Hershey, PA—which they’re both heading to—money-strap Jules agrees.

I’ve decided to do a little profile sketch of my two main characters. Hopefully you’ll love them as much as I do! 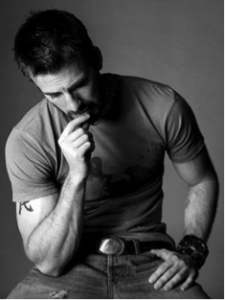 Origin: English, with a little Italian in all the right places

Home base: New York City, but born and raised in Hershey, PA

Kudos: Youngest VP at ET, dates whoever and whenever he wants, voted Elliott brother most likely to die alone but with a smile, winner of the last four sibling bets—and he’s not about to lose not.

Workouts: boxing, free weights and running ‘til he can’t see straight. Dream of swimming in the lake from his childhood in Hershey.

Vice: Workaholic, serial dater, never wanting to settle down with the right woman. Until one stormy night in Vegas… 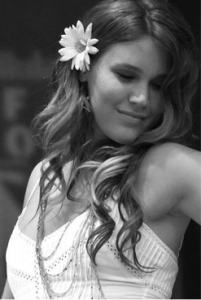 Profession: massage therapist and artist in love with the world

Origin: Irish, with the red hair, green eyes and short fuse to prove it.

Kudos: sold one painting to the Mt Gretna gallery, earns the biggest tips at day job, can go barefoot for days!

Vices: has been accused of being too much of a free spirit, not wearing shoes to weddings, and workaholic guys who can fill out a suit like George Clooney.

Hopefully these little character profiles whet your romance whistle, and you’ll have to know what happens when these two explosive personalities collide.

When it comes to reading romance, are you more about opposites attract or a perfect match?

When bad weather closes the airport, free-spirited Jules Bloom finds herself stuck with the admittedly hot but total suit Dexter Elliott. One night and one large pitcher of “Vegas Sunrise” later, Jules wakes up in a hotel bed with a vicious hangover…wearing nothing but a wedding ring.

Determined not to ruin his brother’s wedding, Dexter strikes a deal with the frustratingly gorgeous Jules to continue their quickie marriage through the weekend. Only she keeps getting under his skin in unexpected ways.
Jules has her own reasons for staying married to Dex but they seem less important with each exaggerated touch and staged kiss. But one marriage, one major secret, and two complete opposites don’t add up to a happily ever after…

USA Today bestselling author Ophelia London was born and raised among the redwood trees in beautiful northern California. Once she was fully educated, she decided to settle in Florida, but her car broke down in Texas and she’s lived in Dallas ever since. A cupcake and elliptical aficionado (obviously those things are connected), she spends her time watching arthouse movies and impossibly trashy TV, while living vicariously through the characters she writes. Ophelia is the author of the Sugar City series, including WIFE FOR THE WEEKEND and KISSING HER CRUSH; AIMEE & THE HEARTTHROB; CHALK LINES & LIPSTICK; DEFINITELY, MAYBE IN LOVE; the Abby Road series; and the Perfect Kisses series. Visit her at ophelialondon.com. But don’t call when The Vampire Diaries (or Dawson’s Creek) is on.

Meet the Beauties of Wife for the Weekend

One thought on “Meet the Beauties of Wife for the Weekend”