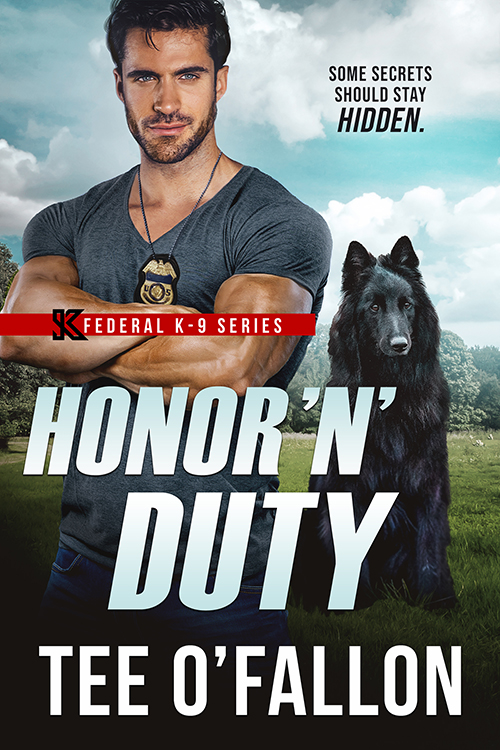 No author wants their heroes and heroines to be cookie cutter versions of characters in a previous book. I like to keep my characters fresh. Whether it’s different eye color, hair color, employment… The same goes for my K-9s. If you haven’t noticed, I’ve done a pretty good job of varying the breed and color of each dog from book to book, along with their jobs. Some are narcotics specialists. Some are trained in search and rescue, or to sniff out accelerants or black powder.

So what breed is Smoke, the K-9 hero in Honor ’N’ Duty? So many people ask me that because it’s a breed you don’t typically see moseying down the street. Smoke, Department of Homeland Security Officer Kade Sampson’s K-9, is a Belgian Sheepdog. Now you may be thinking that’s the same as a Belgian Malinois, but it’s not.

The Belgian Sheepdog, Belgian Tervuren, and Belgian Malinois used to be considered three variations of one breed, known as the Belgian Shepherd. But where the Tervuren and Malinois are usually brown-and-black, the Sheepdog is pure black with the occasional white spot on their chest. The Belgian Sheepdog, aka Groenendael, named after the kennel that originally bred them, was initially a working farm dog, then gained a reputation in Europe as a police dog.

But the fun part of writing K-9 books is that just like humans, every dog has a different personality. Some are serious. Some are sweet. Others are total comedians. Here’s a sneak peek at Smoke, the beautiful, intelligent, courageous K-9 hero of Honor ’N’ Duty:

Laia sighed as she crouched on the floor where Rosa kept holding up her hand for Smoke to high five, which he did perfectly.

Smoke snorted, then lowered his paw, still holding it in the air at an unnatural angle, bending it right behind the metacarpal, the largest pad of a dog’s paw. At first, Laia thought this was perhaps related to why he was limping. Then Rosa met the dog’s paw with her closed fist.

“See what I taught him?” Rosa smiled, revealing a space where one of her lower teeth used to be. “It’s a fist bump. Uncle Kade and I fist bump, so I taught Smoke to do it.” Rosa giggled, fist bumped Smoke’s paw again, then pulled her hand away, waggling her fingers in the air. “Boo-yah!”

Smoke cracked his jaws, uttering a half bark, half howl that sounded eerily like boo-yah.

“That’s very impressive. You could be a dog trainer one day.” Laia was only half kidding. Rosa possessed the same love of animals, dogs in particular, that Laia did.

The dog’s dark-brown eyes watched her closely while she petted the top of his head. His thick hair was long and soft, his ears tall and pointed. There was no doubting his intelligence. It was in his eyes, in the proudly erect bearing with which he held his head. It was almost as if Smoke, too, had been influenced by generations of Sampson military men.

“Mommy, are you still mad at Uncle Kade?”

Yes. “No, of course, not.” In a calm move that belied the frustration ready to burst from her head with more force than a shaken soda can, she brushed a silky-soft strand of hair from her daughter’s cheek.

“I hope not.” Kade had returned, crossing his arms as he leaned his shoulder against the doorjamb. “Because until we figure out what’s really going on here, you’re staying with me. At my house. For your safety and Rosa’s.”

“What?” Laia jumped to her feet. What he was suggesting was ludicrous. Impossible. “No. No way. There’s not a chance in hell—”

“Heck,” he said, his lips quirking as he raised his brows, tipping his head to Rosa and reminding her that she shouldn’t be cursing.

She stepped closer, getting in his face and waggling a stiff finger at him. “Heck, Hades, purgatory, underworld… The only reason I called you was for my daughter’s sake, to keep her safe from whatever’s happening here. I appreciate you coming, but there’s no way we’re staying in the same house with you.”

Kade pushed from the door to tower over her. A challenging gleam lit his eyes, making the amber halos in them burn like a ring of fire. “Wanna bet?”

He was so close, his heat washing over her, his nearness and clean, fresh scent so overwhelming she was forced to take a step back.

Renewed anger and fear stoked hotly up her spine. The anger she understood. The fear…she couldn’t put into words as to why that was. One thing was for certain, though, and that was the neon sign blinking in her head, warning: No, no, and just…no!

Where Kade was concerned, her emotions were all mixed up, and she had to maintain a rational distance from him and keep reminding herself that for years, he couldn’t be bothered with her. Now he wanted them to move in with him?

But he’d played on the one thing that could make her say and do things completely against her better judgment. Rosa.

*I’m giving away a $10 Amazon gift card to one commenter chosen at random. Let me know your thoughts on reading about dogs in books. Anything goes, just keep it clean! 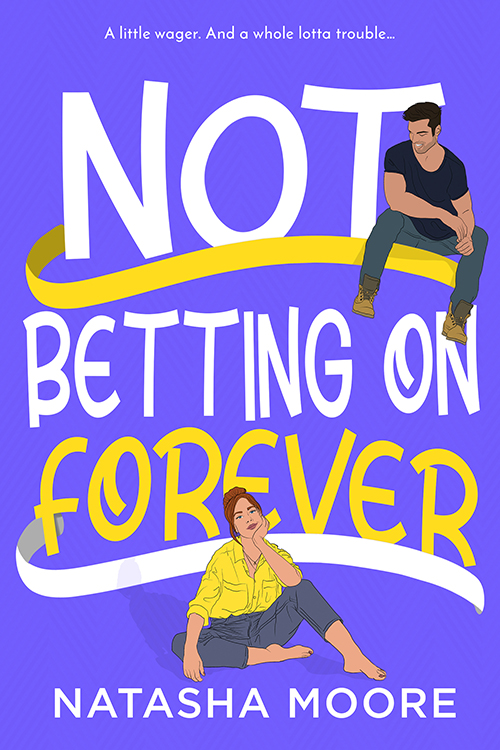