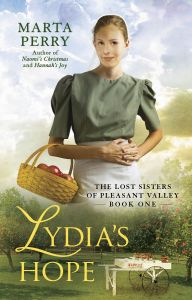 Do you have a sister? If so, you know that despite quarrels, envy, frustration, and all the other negative emotions that siblings can arouse so easily, a sister is still a treasure. Your sister is the person with whom you never have to pretend. She’s seen the worst in you, and she loves you anyway!

What if you were an adult when you discovered that you had not one, but two younger sisters you didn’t remember? That’s the unimaginable truth that confronts Amish wife and mother Lydia Beachy in my new book out the first of June from Berkley Books: LYDIA’S HOPE, The Lost Sisters of Pleasant Valley, Book One. With no memory of her birth parents or the tragic accident that took their lives and her memories, she has loved the aunt and uncle who adopted her as if they were her parents. Now, it seems, they’ve hidden a secret from her all her life. She has two younger sisters: Susanna, who was adopted by an Amish couple in another community, and Chloe, who was raised by their wealthy grandmother among the Englisch.

Angry and confused, Lydia first seeks out Susanna, but stops short of telling her the truth. To track down Chloe, she enlists the help of a neighbor who has spent some years in the Englisch world. Meanwhile, Lydia’s husband is keeping a secret of his own. Lydia yearns to be united with the sisters she has never known, but will revealing herself to them tear their lives apart…or enrich them beyond all imagining?

The story of the three sisters will conclude in SUSANNA’S DREAM, The Lost Sisters of Pleasant Valley, Book Two, which will come out in February, 2014. I hope you’ll enjoy the sisters’ stories. 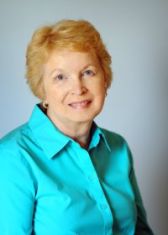 Contact me at www.martaperry.com; booksbymartaperry.blogspot.com; or on Facebook at Marta Perry Books. If you’d like to receive a signed bookmark and my brochure of Pennsylvania Dutch recipes, just send your name and address to marta@martaperry.com. 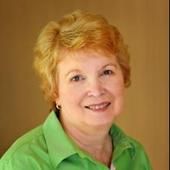 I knew I wanted to become a writer when I was eight years old and picked up my first Nancy Drew mystery. "The Secret in the Old Clock" — remember that one? Somehow that dream was put on the back burner for a long time, but eventually it re-surfaced. I've written everything from educational materials to devotional articles to travel pieces to children's fiction, but the books I'm writing for Steeple Hill's Love Inspired line have to be the most satisfying I've ever done. It's such a joy to tell a romantic story that includes the spiritual lives of the characters. I'm delighted that I'm also writing romantic suspense novels for Love Inspired Suspense. And coming up next year will be a series of three Steeple Hill single titles about Amish characters.

When I'm not writing, you may find me visiting my grandchildren, helping out at church, or enjoying an evening out with my husband and friends. And several times a year you can track me down on my favorite island beach. I'll be the one in the deck chair with a new novel and a blissful expression!