If you’re looking for a firecracker of a story this month, check out one of the July 2013 releases from Writerspace Top Shelf Authors. These include stories like . . . 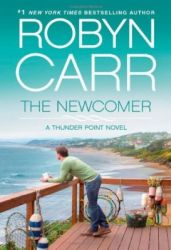 With humor and insight, #1 New York Times bestselling author Robyn Carr explores letting go of the past—and finding something worth building a future on.

Single dad and Thunder Point’s deputy sheriff “Mac” McCain has worked hard to keep his town safe and his daughter happy. Now he’s found his own happiness with Gina James. The longtime friends have always shared the challenges and rewards of raising their adolescent daughters. With an unexpected romance growing between them, they’re feeling like teenagers themselves—suddenly they can’t get enough of one another.

And just when things are really taking off, their lives are suddenly thrown into chaos. When Mac’s long-lost ex-wife shows up in town, drama takes on a whole new meaning. Mac and Gina know they’re meant to be together, but can their newfound love withstand the pressure?

Step into the world of THUNDER POINT, a little town on the Oregon coast where newcomers are welcomed, hearts are broken and mended, and the dramas of everyday life keep the locals laughing, crying and falling in love. 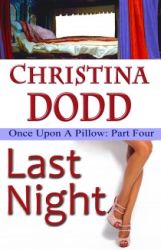 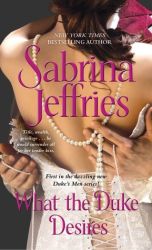 Maximilian Cale, the Duke of Lyons, long ago buried his grief for his missing elder brother, Peter, who was presumed dead after being kidnapped.

When a mysterious note arrives from Tristan Bonnaud asserting that the Duke’s brother is alive, it leads Max straight to the winsome Lisette Bonnaud, illegitimate daughter of a viscount and Tristan’s sister. Soon he and Lisette are traveling to Paris posing as husband and wife, in search of Tristan, who has disappeared. And the longer he spends with Lisette, the easier it is for Max to see that the line between dukedom and desire is easier to cross than he imagined… 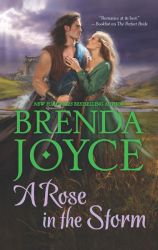 A Rose in the Storm
By Brenda Joyce
Mass Market Paperback
Released 6/25/13
Published by HQN
www.BrendaJoyce.com

With warfare blazing through Scotland, the fate of the Comyn-MacDougall legacy depends on one woman. Recently orphaned, young Margaret Comyn must secure her clan’s safety through an arranged marriage. But when an enemy invasion puts her at the mercy of the notorious Wolf of Lochaber, her every loyalty—and secret want—will be challenged.

And a Kingdom Is at Stake

Legendary warrior Alexander “the Wolf” MacDonald rides with Robert Bruce to seize the throne of Scotland. But when he takes the fiery Lady Margaret prisoner, she quickly becomes far more than a valuable hostage. For the passion between them threatens to betray their families, their country…and their hearts. 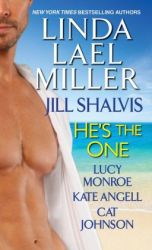 LINDA LAEL MILLER
Batteries Not Required
The only boyfriend Gayle Hayes has is the battery-operated kind. But when she returns to her small Montana hometown, rodeo bad boy Tristan McCullough gives her a whole new lesson in power surge…

JILL SHALVIS
Captivated
James Scott warned his investigator ex-wife Ella to be more careful. Now he finds the irate woman nearly naked and handcuffed to the towel rack in his Mexican vacation condo. He should release her. Then again…

KATE ANGELL
No Shirt, No Shoes, No Service
Violet Cates is done surfing beach bums. She’s ready for a new wave, someone with more ambition than a grain of sand. Like Brad Davis. He looks like a beach bum, but looks can be so deceiving…

CAT JOHNSON
Fish Out of Water
Carla Henricks is a cowgirl through and through, but her lasso has never met an English professor like Mark Ross. It’s true opposites attract. Staying together is the juicy part… 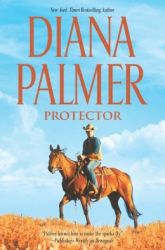 New York Times bestselling author Diana Palmer takes readers back to Jacobsville, Texas, where Hayes Carson is a lawman on a search for justice.

His brother had been the only family he had left in the world. Hayes, a long, tall and serious Texan, has long been suspicious of the blond-haired, bright-eyed Minette Raynor, who is both mysterious and beautiful. And now he’s convinced that Minette was involved in giving his brother the drugs that killed him. As far as Hayes is concerned, neither her looks nor anything else will stand in the way of him righting what is so very wrong.

Minette can’t get Hayes off her mind, or off her back. His investigation of her is a nuisance, but as an undercover DEA agent, that’s the least of her worries. Until she finds herself in great danger, and he’s the only one who can save her. Can she count on Hayes believing the truth—and saving her life? 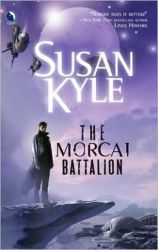 In the very dream of peace lurked a monstrous treachery.

The galaxy is on the brink of disaster, a long-awaited truce torn apart by an unprovoked attack. The colony whose residents represented more than a hundred planets has been destroyed, and the new vision for unity in the universe is at risk. Faced with a war that would mean destruction and chaos, one man has stepped forward to lead those fighting for their lives. Undeterred by insurmountable odds, his courage inspires a team—the Morcai Battalion—to battle for the cause of peace…and love.