Not just the costume stuff I love to buy at Charming Charlie’s but the kind that is behind bullet-proof glass and big, burley guards.  Remember that scene in The Princess Diaries movie? Or in The Prince and Me?  Oh yeah…  cases and cases of sparkling jewels worth the price of a small nation. Le sigh.

When I wrote THE PRINCE’S RUNAWAY LOVER I knew I had to put a scene in with Nick showing Isabel the room of jewels in the Palace of Callanos.  For a few moments, I got to indulge in my love of platinum and precious jewels.

I decided that I’m a tiara girl. I need one for the grocery store and one for the office – and one for the pool, of course.  The smaller crown given to Josephine by Napoleon would be perfect for casual lunches with friends. 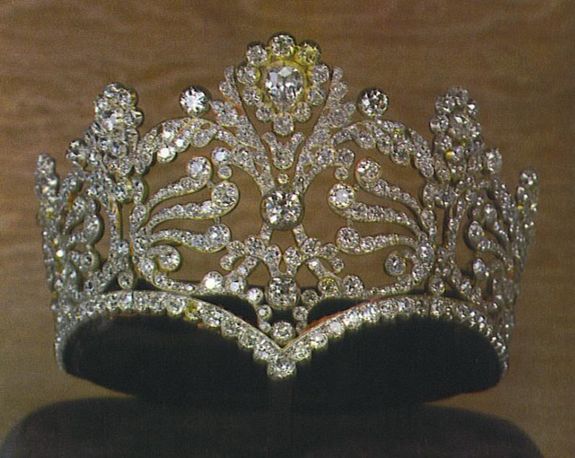 But the Empress Anastasia’s tiara would be my go-to one for the gym. Low profile, sleek – I would wear it like a boss on the treadmill. 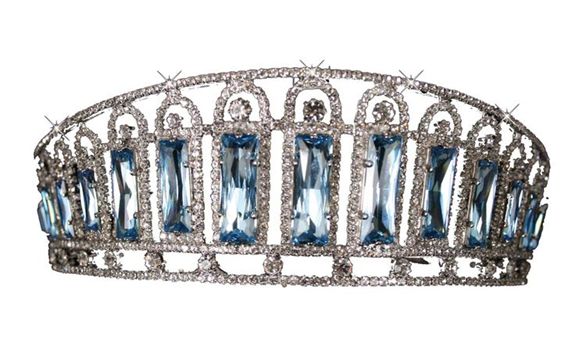 What royal jewels would you want to wear?

He breathed a sigh of relief when the door closed behind her and turned to find Isabel watching him with an exasperated expression on her face. Nick walked over to her, cupping her face in his hands and kissing her. She resisted at first, stiff against him but he coaxed her response with nips of his teeth, soft swipes of his tongue along the seam of her lips. When she finally gave in an opened to him, it was the sweetest reward he’d ever earned.

“They can take my medals and the cover of the Wheaties box,” he said, pressing a last lingering kiss on the dimple to the right of her full lips. “That was so much better.”

“You’re being charming again,” she teased, her smile bursting through in spite of her obvious attempt to stay disgruntled with him. “Do they teach that in prince pre-school?”

“It’s actually a genetic thing. All of the delivery room nurses were wrapped around my finger.”

“You’re an ass,” she swatted at his chest and started to walk away but he pulled her back against him wrapping his arms around her waist.

“As long as I’m your ass,” he said, switching gears when she stiffened at his words. Isabel was not going to respond well to any attempt on his part to keep her around for any period of time. He’d read the memo but he had hard time agreeing to live by the terms with her. But if he had any chance to keep her here, he needed to play it whole lot cooler. “Temporarily your ass. Is that better?”

“My flight leaves in an hour and a half so let’s get this tour underway.”

Isabel followed along, slipping her hand out of his when they left his office. Nick bit back a pang of regret but he knew she was right. The palace had ears, eyes, and the biggest mouth in the Mediterranean.  The private tour would raise eyebrows but doing it hand-in-hand would guarantee him a spot on the front banner of TMZ.

“Will you be gone long? She asked as they entered the public wing of the palace.

“Are you going to miss me?”

“Not if you keep answering my questions with a question.”

“Are you always this grumpy after several orgasms?” She slid eyes wide with shock in his direction and he bit back a laugh. “Because if I have to step up my game, just say the word and I’ll get right on that self-improvement plan.”

She bit back her giggle by biting her lower lip between her teeth and punctuated her disgust with an eyeroll.

“You are a ridiculous man.”

“You are absolutely correct…” He put his hand on the doorknobs for the ornate double doors and pushed them open to reveal a room full of glittering gems, crowns, scepters and assorted gem covered items in glass cases all around the room. “…but I hope that having my very own jewelry store might make up for it.”

Isabel gasped, her hands flying up to cover her mouth. He would never forget the look of pure delight on her face, no trace of her troubles and none of the secrets. She took a couple of steps into the room, lowered her hands and cut him a look that made his dick hard and his heart race.

He grinned. “I think that can be arranged.” 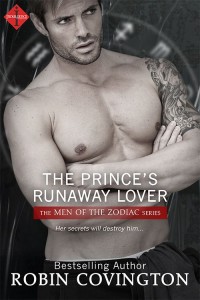 Crown Prince Nicholas Lytton was never supposed to be ruler of Callanos. He was the “spare to the heir,” pursuing a decadent life of the rich and royal—extreme sports, physical pleasures, and glorious irresponsibility. Until his brother died. Now Nick is to be coronated king, and no one believes he’s ready.

The best way to secure his crown is to do the unthinkable…find a queen.

While Isabel Reynolds works in the palace gardens, she has no desire to draw the attention of the way-too-flirty, would-be king. For she’s not the woman everyone thinks she is. Even if she wanted—or was tempted by—the promise of love, it would only end in disaster. Because while Isabel may be able to catch a king, her secrets would only destroy him…

Robin Covington loves to explore the theme of fooling around and falling in love in her sexy, bestselling books. When she’s not writing sexy, sizzling romance she’s collecting tasty man candy pics, hoarding red nail polish, indulging in a little comic book geek love, and obsessing over Dean Winchester. Don't send chocolate . . . send eye candy! Robin’s bestselling books have finaled in the Romantic Times Reviewer’s Choice, the Book Seller’s Best and the National Reader’s Choice Awards. She lives in Maryland with her handsome husband, her two brilliant children (they get it from her, of course!), and her beloved furbabies. Drop her a line at robin@robincovingtonromance.com - she always writes back.

To Bite or Not to Bite…