What better way to get 2014 off to a great start than by reading some fabulous books?

Lucky you: Top Shelf Authors from Writerspace have made it easy to do just that by offering the following new releases this month:

At twenty-five, after five years as her mother’s caregiver, it’s time for Shelby to experience freedom and adventure. Time for travel, college and romance. But when she visits Virgin River, she runs into Luke Riordan, decidedly not whom she has in mind.

A handsome Blackhawk pilot, Luke exited the army after twenty years, four wars and having been shot out of the sky three times. At thirty-eight he’s tough and jaded. His major was in one-night stands, with a minor in commitment avoidance.

Technically, these two are all wrong for one another. But sometimes what you want and what you need are two different things…two very good things.

It’s been thirteen years since Lucy Sheridan was in Summer River. The last time she visited her aunt Sara there, as a teenager, she’d been sent home suddenly after being dragged out of a wild party—by the guy she had a crush on, just to make it more embarrassing. Obviously Mason Fletcher—only a few years older but somehow a lot more of a grown-up—was the overprotective type who thought he had to come to her rescue.

Now, returning after her aunt’s fatal car accident, Lucy is learning there was more to the story than she realized at the time. Mason had saved her from a very nasty crime that night—and soon afterward, Tristan, the cold-blooded rich kid who’d targeted her, disappeared mysteriously, his body never found.

A lot has changed in thirteen years. Lucy now works for a private investigation firm as a forensic genealogist, while Mason has quit the police force to run a successful security firm with his brother—though he still knows his way around a wrench when he fills in at his uncle’s local hardware store. Even Summer River has changed, from a sleepy farm town into a trendy upscale spot in California’s wine country. But Mason is still a protector at heart, a serious (and seriously attractive) man. And when he and Lucy make a shocking discovery inside Sara’s house, and some of Tristan’s old friends start acting suspicious, Mason’s quietly fierce instincts kick into gear. He saved Lucy once, and he’ll save her again. But this time, she insists on playing a role in her own rescue . . .

The death of her friend and mentor, Evelyn Ballinger, brings psychic counselor Gwen Frazier back to the small town of Wilby, Oregon, and brings back memories she would rather forget. Two years earlier, a killer stalked the members of one of Ballinger’s research studies including Gwen. And though she survived while two others didn’t, Gwen knows that Ballinger’s death is related.

Sent by a friend to help Gwen, psychic investigator Judson Coppersmith arrives in Wilby barely in control of his own talent and his own life, haunted by urgent dreams. His attraction to Gwen is primal, but there are secrets he must keep to protect himself from surrendering to her completely, even as their investigation draws them into dreamscapes, into decades of deception, and into the paranormal fires of a desire too strong to resist. . . .

It’s hard to keep a small business afloat—just ask Guinevere Jones, owner of a struggling temp agency. And security consultant Zac Justis isn’t making her life any easier. After he blackmails Gwen into helping him solve a computer crime, she finds herself caught in a web of suspense, danger, and love.

A temp job as an executive secretary gives Guinevere Jones access to high places—and sets her instincts for danger tingling. Convincing Zac Justis to provide security for her client during a meeting on the wintry San Juan Islands gives her peace of mind, but brings them face-to-face with a dead man determined to avenge the past.

On the surface beautiful, quiet Shaye has little in common with dark, dangerous Tanner Davis. He’s a suspicious big city cop come home to the historic Davis family ranch to settle his uncle’s estate. She’s working for an environmental conservancy that acquires and protects old ranches—and she wants to preserve the Davis homestead.

When the suspicious death of Tanner’s uncle at his ranch throws the two opposites together, tempers flare and sparks fly. While they have trouble seeing eye to eye, Shaye and Tanner agree on one thing: they need to uncover the truth.

Combining their unique skills—Shaye’s low-key approach and local connections and Tanner’s experience as a homicide detective—the unlikely pair share long nights in the pursuit of justice. Before they know it, the friction they generate turns to heat, igniting a burning love neither ever expected to find.

They believe passion this intense cannot last. But when Shaye becomes a killer’s target, Tanner realizes he’d give up anything to protect her—including his life.

Cindy McCall wanted only one thing—to be loved for herself rather than for Big Eddy McCall’s fortune.

Trace Rawlings never knew his father or his mother, but he had made a home for himself in the beautiful, treacherous cloud forests of Ecuador.

When Trace accepts a job guiding Cindy McCall safely through the wild forests, he believes he is being paid only for his local knowledge. Cindy believes she has hired Trace for his skill. Both are wrong.

When Big Eddy’s deception is revealed, Trace and Cindy have to fight to hold on to what they found deep in the cloud forest–the dark fire of love.

Martina Logan dangerously shared a passionate affair with her family’s nemesis, handsome Noah Coltrane. But when she became pregnant, Martina was determined to have the baby alone. So, armed with baby booties, she stood her ground.

Seeing this vulnerable beauty, swollen with his child, made Texas bachelor Noah fall head over spurs, and ring in hand, he stormed her door. This was one Logan he was determined to make a Coltrane!

Self-made tycoon Landry Sutton heads to Hangman Bend’s Ranch to sell his land to his brother Zane. Though he’s got cowboy in his blood, Landry plans to return to city life before the dust even settles on his boots. Of course, he didn’t count on falling for Big Sky Country…or Ria Manning.

Ria’s starting to settle into country life herself…until she has a close encounter of the terrifying kind with a buffalo. Turns out the peeping monster belongs to the cowboy next door—and he has her running even more scared than his bison. She wants a home where the buffalo don’t roam, and the men don’t either. Could Landry’s homecoming be her heart’s undoing? 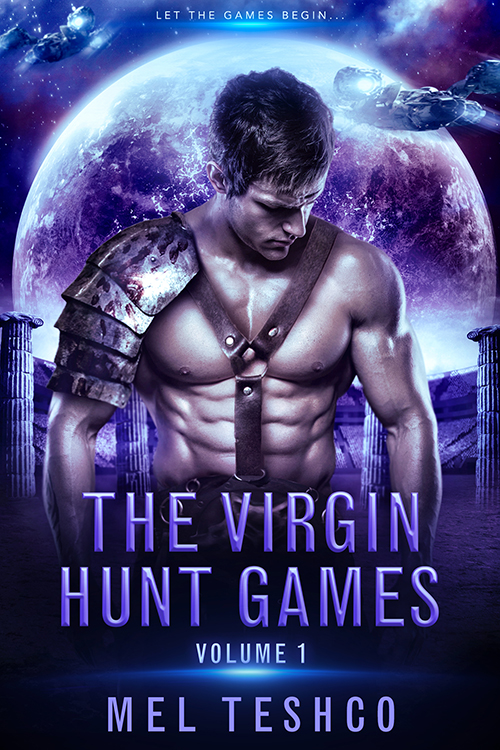 I often get asked, “Do you ever run out of story ideas?” Honestly, not in this lifetime. I have so many ideas running through my head it’s more a matter of being selective and choosing what really talks to me. And also what I hope my readers will enjoy, too. Often the best stories come… Read More