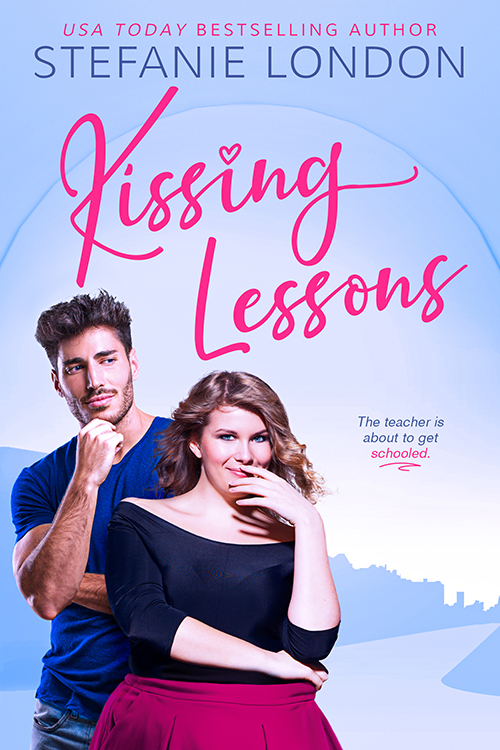 Body image is something that has always been a challenging topic for me. I was always very athletic and active, studying multiple forms of dance, from ballet to jazz to tap to hip hop. I played softball and took part in track and field activities at my school.

But I also developed very quickly and found that there was a lot of focus on my body. Whether it was trying to figure out how to keep my boobs from popping out of a dance costume categorically not meant for someone with my shape, to that period of time where I wore nothing but baggy T-shirts so the boys wouldn’t stare at me. Then there was the toxicity of the dancing environment. I still remember hearing some of the dance mums gossiping about which girls had put on weight over the summer break.

Sadly, if I’m being honest, I’ve spent many years hating my body because I thought it was “wrong” to look the way I do.

Something that’s really helped me to look at my body in a different light has been writing more plus size characters, especially those who are happy with how they look. Audrey, the heroine in Kissing Lessons, is one such character. She’s a curvy gal and she’s put a lot of work into loving herself.

Audrey wrinkled her nose. “I can’t even tell you how many times I faked being sick to get out of swimming. I was pretty sure the teachers thought I was a hypochondriac.”

“I didn’t like being in a bathing suit in front of my peers.” Back then Audrey had been self-conscious of her body, even if she wasn’t as curvy as she was now. “I was the only thirteen-year-old wearing a D-cup bra with booty before booty was cool.”

“Were you teased?” He frowned so seriously and yet so comically that Audrey had to laugh.

“Uh, yeah. I’ve always been on the uh…chubby side.” Audrey had probably left chubby behind twenty pounds ago, but these days she was a lot more comfortable with her body. “Took me a long time to accept myself for how I was. I used to wear really baggy clothes to try and hide myself and I wouldn’t never let anyone take my picture.”

Ronan’s eyes were trained on the road as they drove, but she could see the concern in his eyes.

“But raising my little sisters was actually what made me learn to love myself,” she said. “Especially Deanna. She would hang onto every word I said and observe everything I did, and one day I realized that if I kept hating my body then there was a good chance I’d teach her to do the same. So I decided to change how I viewed myself. It wasn’t instant, by any means, but I worked really hard at it.”

If I have to admit it, there is a fair amount of my own body journey in Audrey’s story. Writing a character who’s put the hard work in to loving herself and who wants to be a positive example for others is something I really connect with.

We often seen plus size characters in fiction in the middle of their journey to self-love, and while those stories are important I think it’s crucial to see plus size women who already love themselves, too. Where the conflict of their story isn’t about their body.

Writing Audrey’s book helped me to have a few aha moments about my own experience as a plus sized woman, and it’s helped me to question some of those ingrained thoughts and beliefs I hold about myself. This is one of the things I love most about writing a deeply character-driven style of romance, is that it makes me look at my own life in a new light.

Kissing Lessons isn’t about Audrey’s weight. She loves herself, loves her body and finds a man who loves it just as much as she does. But Audrey and Ronan’s story is still full of emotional ups and downs! And it wouldn’t be a Stefanie London novel without a healthy dose of humour, too. Watch out for the scenes with Lily, the meanest llama a small town as ever seen. 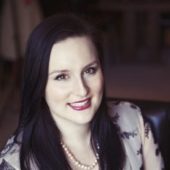 Stefanie London is the USA Today bestselling author of contemporary romance with humour, heat and heart. Growing up, Stefanie came from a family of women who loved to read. Her favourite activity was going shopping with her Nan during school holidays, where she would sit on the floor of the bookstore with her little sister and painstakingly select the books to spend her allowance on. Thankfully, Nan was a patient woman. Thus, it was no surprise Stefanie was the sort of student who would read her English books before the semester started. After sneaking several literature subjects into her 'very practical' Business degree, she got a job in Communications. When writing emails and newsletters didn't fulfil her creative urges, she turned to fiction and was finally able to write the stories that kept her mind busy at night. Now she lives with her very own hero and dreams of travelling the world. She frequently indulges in her passions for good coffee, French perfume, high heels and zombie movies. Recently she gave up her day job to write sexy, contemporary romance stories and she couldn't be happier.

How writing plus-size characters has helped me embrace my body

What makes a book a keeper for me?

Why I love Beauty and the Beast 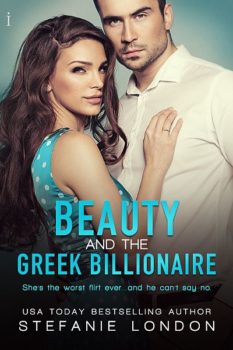