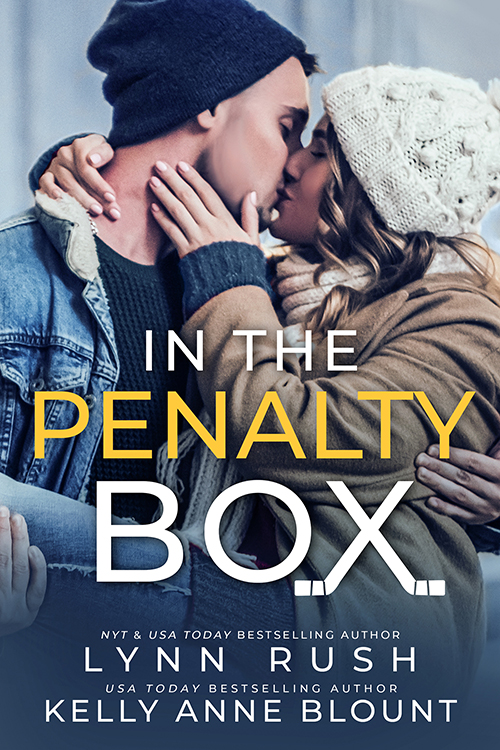 Thanks so much for having us here today! We are so excited to be here and to have the opportunity to talk about our sweet YA romance, IN THE PENALTY BOX! Before we get started on our post, we wanted to let you know that we are giving away a $10.00 Amazon gift card! Details can be found at the bottom of this post.

IN THE PENALTY BOX features Willow Covington, an injured elite figure skater, who’s suddenly thrust into the world of competitive boy’s hockey. As you can imagine, she’s got a lot to learn, including the hockey lingo that the guys throw around on the ice.

The hero of the book, Brodie “Wind” Windom, has been playing hockey his whole life. We’re talking skating before walking, ha ha! He’s more comfortable to the ice than he is on land. So, when Willow comes skating into his life and onto his team, he knows she’s going to need some help– which includes quizzing her on hockey terminology!

We decided to make a fun hockey themed Jeopardy-style game for you all to play along with us, as well a little bit from us (Lynn and Kelly) below!

So…let’s see how much you guys know!

Okay, how’d you guys do? Put your answers in the comments, and we’ll be back to share the answers by Saturday, January 9th, 2021.

We had such a BLAST writing this mash up between The Cutting Edge and Friday Night Lights. Kelly and I have experience with high school and college athletics, so it was a fun draw on that competitive experience throughout this book.

Did you guys know that Kelly actually sustained a significant Achilles injury while we were writing IN THE PENALTY BOX? Due to this injury,  she really was able to identify with Willow’s injury and recovery. Have any of you guys ever experienced a big setback like that in your life? One that you had to fight through? It’s not easy to deal with, that’s for sure.

Willow struggled with coming to grips with her injury, as any athlete would, but a couple key things in her life that helped: Friends and family. You really see Willow’s determination show through while her and Brodie trained together. How hard she was willing to work. Her focus. Her strength. Even while he was stumping her with Hockey Trivia. The cute banter between them was endearing to write.

But we also got to see Willow’s vulnerabilities and insecurities when it came to what life would be like without figure skating when it’s all she’s ever known. I think that was what made Willow such a deep character.

I wrote Brodie’s point of view. It was so fun writing a guy’s point of view and dealing with all the emotions involved with a female coming onto a guy’s team. From the beginning, Brodie identifies with Willow’s passion for the ice. He becomes her biggest cheerleader, even though he knows as they train together, there’s a chance that she could leave him to return to the world of elite figure skating. This dilemma leads to mixed emotions, which are amplified due to a troubling homelife.

Brodie and Willow are focused on their futures. Swearing off distractions seems like the best policy. But, for those of you who’ve already read IN THE PENALTY BOX or a spoiler for those who haven’t yet, this policy gets thrown out the window as Willow and Brodie grow closer.

Even though she has Brodie, Preach, and several of her male teammates on her side, not everyone on the team was as accepting of her, which added an extra layer of tension to be managed on Brodie’s part. As I wrote those aspects of the book, I was able to draw on how I wasn’t always received well on a team, too. I played high school and college tennis, then participated in competitive inline speed skating. My experiences throughout those adventures led to some occasions I wasn’t particularly welcomed by the opposite sex. Especially if I was better at the sport than them.

Brodie’s main goal was having the best hockey team possible so they can win State for the second year in a row. Accomplishing this goal will surely get him noticed by the men’s hockey coach from his dream college, right?

Who else is better to help him achieve this goal than Willow? She’s ridiculously talented and driven. The only problem? Brodie can’t stop thinking about Willow. She’s athletic, hilarious, and she has a heart of gold. He thinks there’s a chance that Willow might feel the same way, but, there’s one more problem! There’s a team rule: No Fraternizing with teammates. If they get caught, they’re both off the team and they can kiss their futures goodbye.

Will the boys’ team make it to State? Will they win? Will Willow and Brodie find true love? To find out, pick up a copy of IN THE PENALTY BOX!

Thank you again to the amazing people at Writerspace for having us! It was so great hanging out with you all! Don’t forget to enter the giveaway and be sure to check back on Saturday, January 9th, 2021, for the answers to our Jeopardy questions!

We are giving away a $10.00 Amazon Gift card to one lucky winner! Every comment on this blog and share of this blog post (you must tag @LynnRushWrites and @KellyAnneBlount) will count as one entry. Please enter as many times as you would like and good luck!

Giveaway Details: This is open wherever Amazon gift cards can be accepted. You must be at least 13 years old to enter and if you are under the age of 18, you must have your parent’s/guardian’s permission to enter.

One last thing, be sure to follow us everywhere online @KellyAnneBlount and @LynnRushWrites for more release week fun and giveaways! 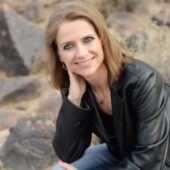 New York Times and USA Today Bestselling author, Lynn Rush, is a full-time writer, wife, and trail runner, living in the Sonoran Desert, despite her fear of rattle snakes. Known as #TheRunningWriter, she can't resist posting epic sunrise pictures while running in the desert with her trail sisters, even if she has to occasionally hop over a scorpion. When she's not running, writing, or reading, she and her Ironman husband are watching movies that fuel her undying love of superheroes, vampires, and all things Supernatural. 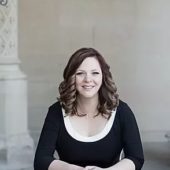 Kelly Anne Blount is a USA Today bestselling author of young adult novels. She loves to alternate writing sweet romances, gritty thrillers, and fantasy books. She's a firm believer in balancing light with dark. When she's not writing, she's probably lost in a book, watching Twilight, or having an adventure with her sweet family, which includes her handsome husband, their darling daughter, and their five furry loving rescues. After living in a palace in Scotland, across from the Caribbean Sea, and in the snowy land of Wisconsin, Kelly and her family reside in beautiful Asheville, North Carolina. She draws inspiration from the places she's lived while world building in her books. Kelly loves connecting with readers on social media! Stop by and say, "Hi!" or ask a question. You can find her everywhere @KellyAnneBlount.

Twenty Facts and a Giveaway!