Rule #1 of bidding on a bachelor: Make sure he’s the right one. 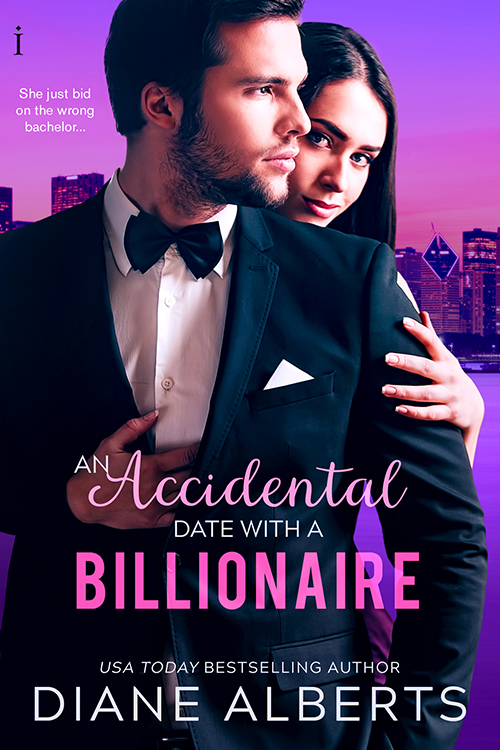 Hello, I’m Diane Alberts (though I also write as Jen McLaughlin) and I’m here today because I had a new book come out this week called An Accidental Date with a Billionaire. It’s the first in a new series of standalone books, and in case you didn’t guess it by the title, the heroine accidentally bids on the wrong bachelor after promising her best friend that she will “save” her brother from being bought by a woman he doesn’t know. The problem is, Sam has never actually met her best friend’s brother, and instead of saving him she accidentally ends up with a very expensive date with Taylor (our hot, wealthy hero).

When writing this book, I set out to create a story that was not heavy on the drama, despite the heroine’s somewhat shady past with her family. I’ve written a lot of romance books at this point in my life (I believe this was my fiftieth, I’ve honestly lost count), and a lot of them have the tortured hero with a tragic backstory that haunts him through life and gives him a free pass to be a jerk to everyone around him—including our heroine. Who doesn’t love a redeemed hero, right?

With this book, though, I decided that it was time to switch up the usual and bring a little twist to the plot, so I wrote a book about a guy who is literally just a good guy, and a girl who is running from something she didn’t want to talk about. In the beginning, she is a bit of a jerk to the hero, much like heroes are sometimes jerks to the heroines before they soften (something we all love to watch, amiright?) and over time she slowly softens into someone who is willing to open herself up to the hero because he’s just such a good guy. Not a whole lot different than watching a hero redeem himself.

Know what I’ve found out over the last fifty books of writing and twenty-five years of reading romance books even when I was too young to actually do so (I snuck my first when I was twelve or thirteen, haha)? We, as readers and writers, are a lot less forgiving of a heroine who is a bit of a jerk at first, then we are of a hero’s bad behavior. There were times as I wrote An Accidental Date with a Billionaire that I worried my heroine was too “strong” or too “stubborn” for her to be likeable, and you know what? I rarely worry over such things when writing my male characters. Like, ever.

It got me thinking, why is that something we focus on/worry about?

Is it because we fall in love with the hero, and therefore get overprotective of him…and want only what’s best for him? Is it his abs, his smile, his charm that woos us and makes us forget? Is it something deeper and more psychologically rooted than I can talk about in my allotted word count for this blog post?

I’d love to have a fun discussion below in the comments about all of this, and am extremely intrigued over why you might turn away from a stubborn or cold heroine quicker than you might a hero. Or, does this not happen to you, and you’re harder on heroes than you are heroes?

Drop a comment below, and let’s get our discussion on! 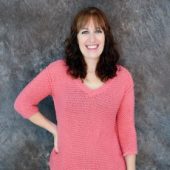 Diane Alberts is a multi-published, bestselling contemporary romance author with Entangled Publishing. She also writes New York Times and USA Today bestselling new adult books under the name Jen McLaughlin. She's hit the Top 100 lists on Amazon and Barnes and Noble numerous times with numerous titles. Diane is represented by Louise Fury at The Bent Agency. Her goal is to write so many fantastic stories that even a non-romance reader will know her name. Diane has always been a dreamer with a vivid imagination, but it wasn't until 2011 that she put her pen where her brain was, and became a published author. Since receiving her first contract offer, she has yet to stop writing. Though she lives in the mountains, she really wishes she was surrounded by a hot, sunny beach with crystal clear water. She lives in Northeast Pennsylvania with her four kids, a husband, a schnauzer mutt, and four cats.

Heroes vs. Heroines: What’s Your Tolerance?

One thought on “Heroes vs. Heroines: What’s Your Tolerance?”