You have nothing to fear from April showers this year. No matter how often you’re caught indoors, you’ll have lots of great reading material to choose from, like all of the following books being released this month by Writerspace Top Shelf Authors.

From #1 New York Times bestselling author  Robyn Carr comes the story of four friends determined to find their stride. Ultimately, they’ll discover what it means to be a wife, mother, lover, friend…and most important: your true self.

Gerri can’t decide what’s more devastating: learning her rock-solid marriage has big cracks, or the anger she feels as she tries to repair them. Always the anchor for friends and her three angst-ridden teenagers, it’s time to look carefully at herself. The journey is more than revealing—it’s transforming.

Andy doesn’t have a great track record with men, and she’s come to believe that a lasting love is out of reach. When she finds herself attracted to her down-to-earth contractor—a man without any of the qualities that usually appeal to her—she questions everything she thought she wanted in life.

Sonja’s lifelong pursuit of balance is shattered when her husband declares he’s through with her New Age nonsense and walks out. There’s no herbal tonic or cleansing ritual that can restore her serenity—or her sanity.

Miraculously, it’s BJ, the reserved newcomer to Mill Valley, who steps into their circle and changes everything. The woman with dark secrets opens up to her neighbors, and together they get each other back on track, stronger as individuals and unfaltering as friends.

Hope Prescott lives in Boston, far from the warm, southern home she recalls. She works hard with one goal in mind–finding her long-lost siblings. Yet her job at the answering service and her own loving nature creates a family of friends, people she knows only by their voices. She especially likes Griswald, gruff old butler for mysterious, wealthy Zack Givens.

Meeting Griswald is a shock; he is neither gruff nor old, but a powerful, handsome man. In fact, he is Zack Givens, cold, heartless–and charmed by the artless young woman who brings him chicken soup, treats him like a friend…and falls in love with the humble man she imagines him to be. When she discovers Zack’s secret and faces his betrayal, she leaves without a backward glance. Can Zack solve the mystery that haunts Hope’s past to prove their futures lie together?

Desdemona Wainwright didn’t want to be in Sam Stark’s office, but her catering business was at stake. Someone had to pay the bill, and she wasn’t going to leave until she had a check from Sam Stark. It wasn’t her fault he was jilted at the altar.

Stark can’t believe he’s sharing details of his life with a caterer. He’s a private person, not one to have long, meaningful conversations with a complete stranger. So when Desdemona asks him, on a whim, to join her that evening for a play…he surprises himself by saying yes. A much bigger shock awaits — he’s about to meet Desdemona’s unusual family…

SOMETIMES LOVE CAN BREAK YOUR HEART…

Kalinda Brady arrives in Colorado with one thing on her mind: revenge against the ex-fiancé who ruined her happily-ever-after. But a chance encounter with artist and fisherman Rand Alastair leaves her torn between her desire to even the score—and an unexpected passion she won’t soon forget. When her ex-fiancé goes after her company, Kalinda must learn to listen to her heart…or risk losing everything.

All Reyna McKenzie wants is a fresh start, and she can’t think of a better locale than beautiful Hawaii…until Trevor Langdon, the man who’d ruthlessly broken her heart, storms back into her life. Six months have passed since Trevor destroyed Reyna’s career, sacrificing their relationship in the process. But now he’ll stop at nothing to win her back, and Reyna must decide if there’s room in her new life for a love that refuses to stay in the past.

After a family tragedy, Kate Donnelly left the Caribbean behind forever. But a series of bad management decisions has left her family’s diving and marine recovery business drowning in red ink. Now her brother pleads with her to come back to the island nation of St Vincent. Without Kate’s financial expertise, the iconic treasure-hunting enterprise started by her grandfather will go under. Unable to say no to the little family she has left, Kate heads back to the beautiful and terrifying ocean that still haunts her nightmares.

Holden Cameron was addicted to the adrenaline rush of active duty—including narrowly surviving an underwater explosives accident. The last thing the former British military diver wants is to babysit a family of thieves on a tropical island—even if they are the world-famous Diving Donnellys. But in his new civilian job, Holden must investigate the suspicious activity surrounding a Donnelly dive to recover treasure from the ancient wreck of a pirate ship.

When equipment, treasure, and even divers begin to disappear, Kate and Holden form an uneasy alliance to uncover the truth. But the deeper they plummet into the mystery, the closer they come to each other. Soon they are sharing their deepest fears and darkest secrets—and a combustible chemistry too hot to ignore.

Diego Laremos had never forgotten the last night he’d spent with Melissa Sterling five years before. She’d fled their home after a bitter dispute, hoping to escape their unhappy marriage. He hadn’t forgiven her for leaving, though he’d hated himself even more for driving her away. Seeing Melissa again had renewed his hope for a possible future together…

Melissa had felt the same way, but she’d lied to Diego in the past. Now she had to prove to him that she was indeed his love—his ENAMORADA—and that the truth could set them both free…to love again.

Tycoon Canton Rourke, was beset and besieged – and all because of his neighbor, Janine Curtis. The woman was out to get him, he was sure of it. He’d come to Cancun, Mexico, with his daughter to relax, not catch bandits, track kidnappers…or save the woman from any other fine mess she landed herself in!

Her neighbor’s opinion was not a secret to Janine. So she was determined to live down to his image of her…while trying to ignore how her knees buckled every time he rescued her. Was she falling in love? The man was a mystery…would a lifetime of love prove an answer?

When Erin left Ty Wade so long ago, she’d vowed never to return. Because of him she’d wrecked her car, her career, and lost his baby. Once a famous model clad in silk and lace, Erin could hardly face the task of mending the tattered pieces of her life. And now Ty wanted her back. Without her, jobs would be lost. The future of the Staghorn Ranch depended on her return. Erin cared deeply for the devoted staff of his ranch. But how could she face the man she most hated—the man with a heart of stone and a will as tough as rawhide?

For Gabby Darwin, working as a paralegal for one of the most famous criminal lawyers in Chicago was a full-time job. J.D. was demanding, and never gave Gabby a thought—until the unforeseen happened and they were on a secret mission to Central America to track down terrorist kidnappers.

There, Gabby saw J. D.’s wildest, most dangerous side. She found out about his mercenary past, and saw real hunger for her growing in his dark, indulgent eyes. And she’d thought he was such a civilized man! Already J. D. had taken Gabby’s heart, leaving her helpless with fear and breathless with desire….

She’d met Eric Van Meer entirely by chance during an unforgettable vacation in Mexico, and with reckless abandon, she’d agreed to marry the mysterious blond stranger. Dani St. Clair, prim southern bookseller, had experienced a passion that exceeded even those in her cherished romantic novels—until a hijacked plane and a daring rescue by Eric revealed his true nature and dangerous work.

He said he needed freedom, yet he’d married her. He said he hated women, yet he tenderly conquered her heart. Was it possible to meet a soldier of fortune on the battleground of passion and win the war of love?

“The boss is fading fast. His last request is that a writer compose his memoirs” was Aunt Lillian’s plea. Helping the elderly oilman seemed natural to Mari. But Ward Jessup was anything but old and sickly….

“Poor little Mari,” her aunt fretted. “I’m worried about her state of mind-deep emotional scars.” Ward’s sympathy went out to Lillian’s niece, and he invited Mari to the ranch. But the woman who arrived was hardly a helpless little girl….

Though they knew they had been tricked, neither could fight the power of Cupid’s magic arrow.

One of today’s most beloved writers, the incomparable Phillips follows up her utterly beguiling hit, Call Me Irresistible (“Phillips at her very best. Romantic, funny, sexy, and poignant” —Kristin Hannah) with a sequel that’s equally impossible to resist. Returning in The Great Escape are some of Phillips’s most adored characters, including headstrong, impetuous ex-president’s daughter, Lucy Jorik, who’s just abandoned her fiancé, Ted “Mr. Irresistible” Beaudine, at the altar. Now she’s looking for adventure—and perhaps a little romance—embarking on a wild and hilariously unpredictable road trip that begins on the back of a rather menacing-looking stranger’s motorcycle. The winner of more Favorite Book of the Year Awards than any other romance author, including Nora Roberts, Susan Elizabeth Phillips offers her fans an Escape to remember, and they’ll certainly want to come back for more!

Friends with benefits was never the plan…

Melanie Jacobs is in trouble. With three jobs—including running her ranch—and dwindling funds, she’s exhausted. Not to mention desperately trying to hide a secret. Unfortunately, her best friend Colton Freeze knows all too well that’s something is going on, and he won’t give up until he knows exactly what he needs to fix.

Then Colton learns the truth—that Melanie’s future happiness rests in the fickle hands of fate, and her chances for having a family are shrinking with every passing day. Her only comfort is Colton, but when a heated argument between them turns into an even hotter kiss, the boundaries of their friendship are erased, leaving only a scorching-hot hunger for more.

Every kiss—every touch—is a stolen pleasure. But will their new friends-with-sexy-benefits arrangement bring them closer together, or destroy everything they once shared? 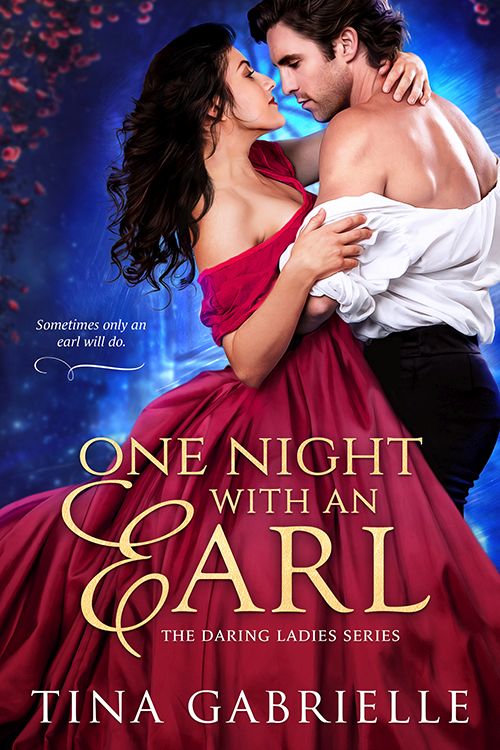