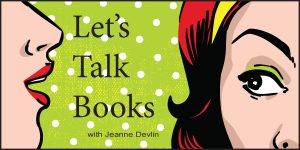 As if knowing that we will soon be bidding lazy summer days good-bye and be in need of a little pick-me-up, some of America’s favorite authors have new books coming this September.

New York Times Bestselling Author Linda Lael Miller starts it all off with the August 30 release of Always a Cowboy, Book 2 in her Carsons of Mustang Creek Series. Drake Carson is the middle of the three Carson brothers and both the quintessential cowboy and the stubborn one of the trio.  Lately, managing the wild stallions on his property has begun to wear him down, and then a so-called “expert” arrives offering her opinion on the matter.  Luce Hale researches how wild animals interact with ranch animals and with ranchers. When the Carson matriarch invites her to stay on the family ranch, she knows doing so will come with frequent encounters with the unwelcoming Drake.  Both think they know who’s stealing the ranch mares, but when Drake realizes Luce is actually in personal danger, everything changes—for both of them. 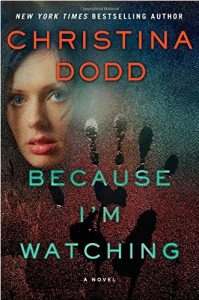 New York Times Bestselling Author Christina Dodd delivers a suspenseful read in Because I’m Watching, Book 3 in her Virtue Falls Series. Madeline Hewitson survived a college dorm massacre and being accused of killing her lover, but now she is haunted by ghosts and tormented by a killer only she can see.  A seasoned military veteran, Jacob Denisov lives alone with his own anger and nightmares, until one day his neighbor Madeline Hewitson drives literally into his house . . . and his life. Jacob sees in Madeline a kindred spirit and the hope that maybe together they can find a way to step back into the light.

He’s a former quarterback for the Chicago Stars. She’s trying to make a success of her own detective agency. Piper Dove’s first P.I. job:  Follow him. The only problem? Cooper Graham has spotted her trailing him and to say he’s not happy about it would be, well, an understatement. New York Times Bestselling Author Susan Elizabeth Phillips brings the no-nonsense sports hero and the feisty female detective together for a romp that moves from the streets of Chicago to the waters of Biscayne Bay in her latest novel, First Star I See Tonight. Can two people who can’t stand to lose find a way to see what matters most?

Have a wonderful Labor Day Weekend — one made better by knowing that more new novels, like the ones above, await your return home.