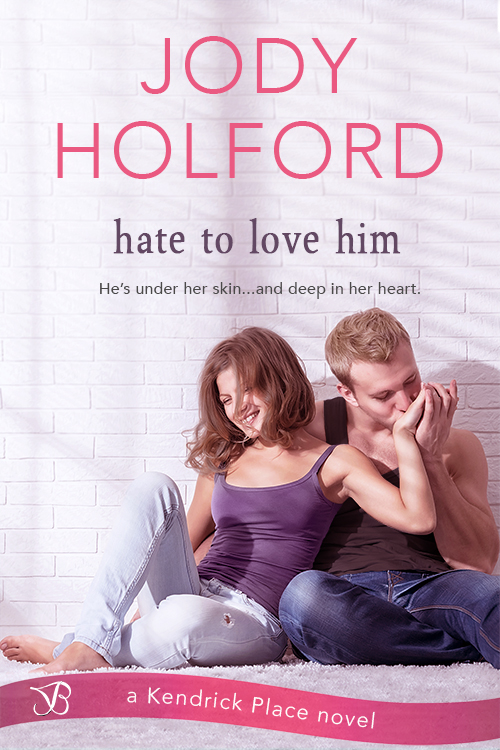 I love when things turn out just as they were meant to, but as “things” are happening, I’m not very good at telling myself, just go along and it’ll all work out fine. I suppose this is the exact reason for the cliché: Hindsight is 20/20.

Last July, I met my agent in New York City at a delicious little chocolate shop (where I was too scared to order the pounds and pounds of chocolate I wished to consume). We talked about our shared excitement over the possibility of Entangled Publishing wanting three stories I’d written. At the time, they were titled: The Apartments.

This July, book three in the Kendrick Place Series, HATE TO LOVE HIM, is releasing. It doesn’t get much more full circle than that. The best part about me coming full circle is that my character, Brady Davis, does as well.

With the connections he’s made—the family he’s formed—in his apartment building, he truly believes he’s moved on from the hurt of his past: his mom dying, his dad not trusting him to take the helm of the family business, his brother dismissing him, and his fiancée wishing he was more. Meeting Mia pushes a lot of those unresolved feelings to the surface for him and forces him to finally deal with the root of his issues: feeling like he’s not good enough. Mia is tired of people—men in particular seeing her through a very specific and narrow lens. She stands up to Brady and tears down the invisible barrier he’s placed between them.

Brady scoffed. “Hardly. You’re an heiress and I’m a mechanic.”

The words burned the back of his throat. Mia reached out and touched her soft fingers to his cheek. “You’re a man and I’m a woman. This is supposed to be a truce. Why don’t we look for more things we have in common, rather than what you think separates us?”

The desire to lean into her hand against his cheek surprised him. He’d love to believe that what made them different wasn’t as important as what made them similar.

Sometimes we’re too close to a situation to see all it is or could be. Other times, we simply aren’t able to see ourselves the way others do. I was lucky that my agent saw my potential as a writer and am thrilled with the result one year later. Brady is lucky that his friends and Mia are able to see past the insecurities he’d never acknowledged to show him how great life could really be.

Even if we don’t understand all of the bumps along the way, it doesn’t mean the road isn’t taking us exactly where we’re meant to go.

Hate to Love Him
By Jody Holford
Release date: July 17, 2017
Series: Kendrick Place #3 (Can be read as a standalone)

Brady Davis is as happy as he is charming. Usually. Unless he’s in the same room with the frustratingly gorgeous antidote to his cheer. Mia Kendrick is headstrong and determined. She’s done with men who stand in her way—even if he has arms like Thor and a smile that makes her dizzy. Whenever they’re together, sparks fly—both the bad and good kind. 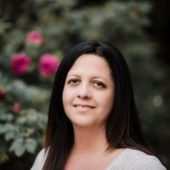 One thought on “Full Circle: July to July with Kendrick Place”