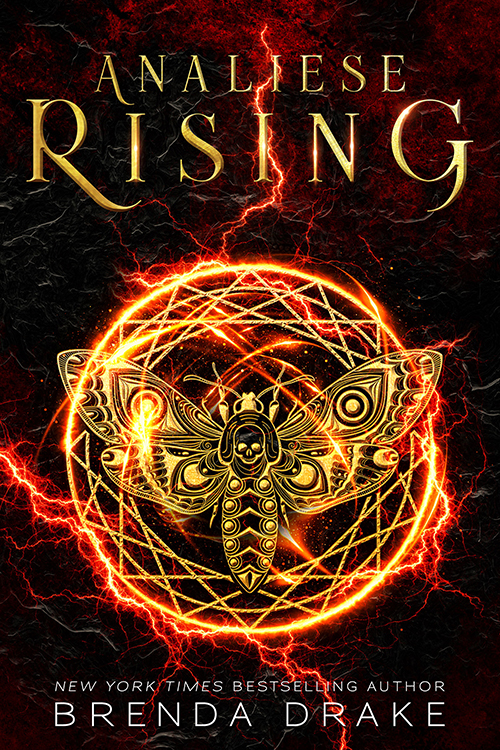 Whenever I’m at a book event, one question seems to spring up: Where do you get ideas for your books? Inspiration comes in various ways—a song on the radio, a current news story, or just while chilling with friends and family. The idea for Analiese Rising came from seeds planted in my past, fertilized with moments and connections of the present, until they bloomed into a story.

I have always been fascinated with mythology. My sons’ favorite god, like many, is Thor. We’ve watched so many movies and read several books with a mythology theme. While watching American Gods on Starz, I was inspired to write a story involving many gods and goddesses from mythologies around the world. I had great fun researching gods outside of the famous Greek or Norse ones. From this love, came the ideas for my Thunderstruck and Analiese Rising books.

My Library Jumpers series came from browsing in my favorite bookstore. I came across a coffee table book on the most beautiful libraries in the world. While looking at all the stunning photographs, I wished I could jump into the page and visit each one. Of course, I then imagined a battle between magical knights and creatures among the bookcases, and that’s how I got the idea for the series.

I’m also obsessed with the supernatural, with ghosts and witches, with séances and tarot cards. My encounter with a séance happened as a young girl when my siblings and the neighbor kids piled into our shed. The doors closed, the lights off, we’d call for Jessie James and Lizzy Borden to show themselves. Noises in a shed tend to be louder in the dark, but we all swore we heard a woman moan. We tore out of that shed so fast, screaming and flailing our arms. It was such a rush.

A few years after the séance, a friend bought a deck of tarot cards at a yard sale for fifty cents. Not knowing how to read the cards, she’d have us each pick one card. That one card determined our fate. I pulled a card with a woman in bed burying her face in her hands with nine swords over her head. My friend said I would die in bed after nine men stabbed me. She was a little morbid with her interpretations. A boy, who drew the Death card, freaked out and cried to his mother. My friend’s mother took the tarot deck from her and grounded her for the week.

Down the street from another close friend’s house, lived an old woman, bent over and crooked from arthritis. We’d walk by her home, and she’d snap at us to be quiet and to stop our laughing. Pointing at us, she would grumble that we were disturbing her rose bushes. She was so scary. My friend insisted she was a witch and had just placed a curse on us.

So when I attended a book convention in New Orleans, I had my tarot cards read in Jackson Square. The reader didn’t look like the stereotypical image I had burned in my mind. She was pretty, with long blond hair, and stylishly dressed. The reading was fascinating. So far, three out of the four predictions she made for me have happened. I’m crossing my fingers hard for the fourth one. It’s a biggie. From this reading, a story idea turned in my head.

A few months later, I attended my publisher’s conference in Las Vegas. There were brainstorming sessions and ideas from my past bloomed within me, mingling with my recent encounter with a tarot reader and memories of my past. My writer friends helped me hash out a plot while in the hotel elevator.

Ideas grow from tidbits of the past, from something as simple as a turn of phrase, from lyrics of a song, from a coffee table book filled with the world’s most beautiful libraries, and just from witnessing the lives of others around you. Stories whisper in your ear like a ghost in a darkened shed, and if you don’t listen and grab the idea, it will be lost in the flip of a card.

And that’s how my books came to life. Analiese Rising is a story filled with romance, gods and goddesses, puzzles, friendships, and family bonds, with a touch of magic. 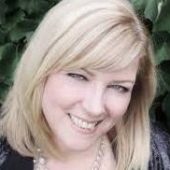 Brenda Drake is a New York Times bestselling author of Thief of Lies (Library Jumpers #1), Guardian of Secrets (Library Jumpers #2), Touching Fate (Fated Series #1), and Cursing Fate (Fated Series #2). She grew up the youngest of three children, an Air Force brat, and the continual new kid at school. She hosts workshops and contests for writers such as Pitch Wars and Pitch Madness on her blog, and holds Twitter pitch parties on the hashtag, #PitMad. When she's not writing or hanging out with her family, she haunts libraries, bookstores, and coffee shops, or reads someplace quiet and not at all exotic (much to her disappointment).