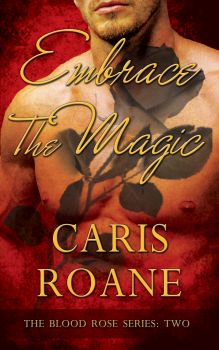 It’s great to be here today at the WRITERSPACE BLOG! For those who don’t know me, I’ve been a writer for *ahem* a long time. No, I’m not going to own the decades, lol!

A-n-y-w-a-y, before I wrote paranormal romance as Caris Roane, I enjoyed many years of writing sweet Regency Romance as Valerie King, publishing over fifty novels and novellas in a line which I still wished had never closed. I loved living in my Regency world which is a big clue as to why I transitioned so easily to paranormal romance. Both genres are about building a world that the reader can bask in for a couple hundred pages!

Also, three of my Regency novels contained characters from mythology: Psyche and Eros, Aphrodite and Anteros. I had a lot of fun mixing it up with that twisted family unit, lol! Then later, I wrote a vampire Regency novella for a Halloween anthology. So you could say that I was already writing paranormal before I ventured into the full-blown and very sexy PNR world that exists today.

I recently released EMBRACE THE MAGIC, as Caris Roane, the second story of the Blood Rose Series that poses the question: What if only one woman could satisfy the chronic and serious, blood-starvation needs of a master vampire? Who would she be? Would she love or hate the idea! Out of that question, my vampire-based series was born.

Here’s an introduction to EMBRACE THE MAGIC!

When a blood rose enters Mastyr Ethan’s world, will he succumb to his deepest need to have his blood-starvation slaked or lose her forever to an enemy intent on possessing her at all costs?

He desperately needs his blood rose…

Ethan, mastyr vampire of the Bergisson Realm, never thought to find his blood rose, the one woman who could ease the blood-starvation he’s endured for decades. But Samantha carries a surprising level of power as her newly discovered fae heritage emerges and she connects with his personal realm frequency, a vibration that ignites his passion. His commitment to ruling Bergisson, however, has priority, even over his driving need to be with Samantha. As desire rises, and Ethan finds himself drawn into the web of his driving, relentless need for her, will he be able to embrace his blood rose or will his guilt over past events prevent him from living life to the fullest?

How can she give up the life she planned…?

Samantha can’t believe she’s a blood rose, a woman who can meet the needs of a starved mastyr vampire. Her plans never included the world of the Nine Realms in which mastyr vampires rule millions of realm-folk, but learning that she’s half-fae has changed everything. As Ethan’s blood-needs become a life-or-death struggle, and cast her into a war against the dreaded Invictus, how can she choose to embrace her new fae powers and change her life so completely? Will she take on the role forever as Ethan’s blood rose? Or will her desire to follow her life’s ambitions force her to choose against love, passion, and unbelievable fae power?

And here’s a very brief excerpt that describes the moment Samantha first sees Ethan. LOVE these moments in any story!

From chapter 1 of EMBRACE THE MAGIC!

Samantha stood very still as she watched the crowd part, realm-folk moving back swiftly, dragging surprised human partners with them, until the new arrival came into view.

A big one, with wild, honey-brown hair, long and somewhat curly, that flowed away from his face, most of it trapped behind in what she knew to be a woven clasp that a lot of the Bergisson Guard wore.

Then time slowed to a halt.

She blinked as a tremor ran through her head-to-foot. She’d never seen a man like this before. He had to be six-five and built, with shoulders that went on and on. He wore a traditional Guard uniform, similar to the outfit Mary’s vampire wore, a black leather look that seemed to loosen Samantha’s knees. 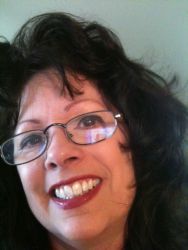 I hope you enjoyed this excerpt from EMBRACE THE MAGIC. To learn more: http://www.carisroane.com/2-embrace-the-magic/ 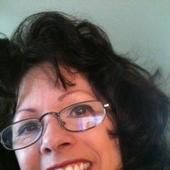 I was ten when I first watched an old movie version of PRIDE AND PREJUDICE and loved it! Movies led to books, which led to writing and after a good long while, publishing. I wrote sweet Regency romance for Kensington for 19 years and recently fell in love with paranormal, although I’ve always had a thing for vampires. I currently write paranormal romance for St. Martin’s Press but I self-publish as well. Building an online platform has been an enormous but rewarding challenge. I think all the changes in publishing will alter how authors approach the business going forward and I for one am thrilled to have so many options.

I’ve been in love with vampires for a very long time and years ago, under the pseudonym Valerie King, I wrote a Regency vampire novella for Kensington that prompted a fan to tell me she hoped it would be made into a movie! How’s that for an accolade?!? But that was long before there was such a thing as a 'Paranormal’ market...and for all that time vampires have been in my blood! Yes...pun intended, or...don’t I wish!

Some of my favorite writers include Gena Showalter, Lara Adrian, Sherrilyn Kenyon, and JR Ward. If you’ve read and loved these authors as I have, then you can guess that my Guardians of Ascension series is centered around powerful warrior vampires and an ongoing battle between good-and-evil.

In addition to these authors, other favorites are: Laurell K. Hamilton who created probably my all-time favorite vampire in Jean-Claude, non? I also love Patricia Brigg’s paranormal work and I’m hoping one day she’ll develop vampire Stefan who has a wonderfully dark aura and who seems as captivated with Mercy as her werewolves are. Kresley Cole wrote one of my favorite vampires in Sebastien, so of course I now have a cat named Sebastien.

Caris Roane has published over fifty Regency romance novels and novellas under the pen name, Valerie King. In 2005, Romantic Times gave her a Career Achievement award in Regency Romance. Having had a long-time love affair with vampires, Caris tackled the paranormal genre and built a unique vampire world based on ascending dimensional earths. Her series is called Guardians of Ascension. 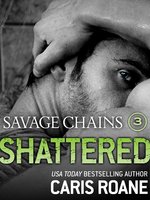 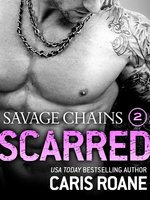 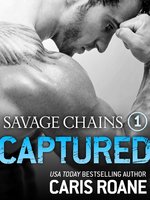 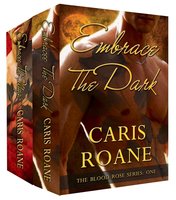 One thought on “Embrace The Magic”