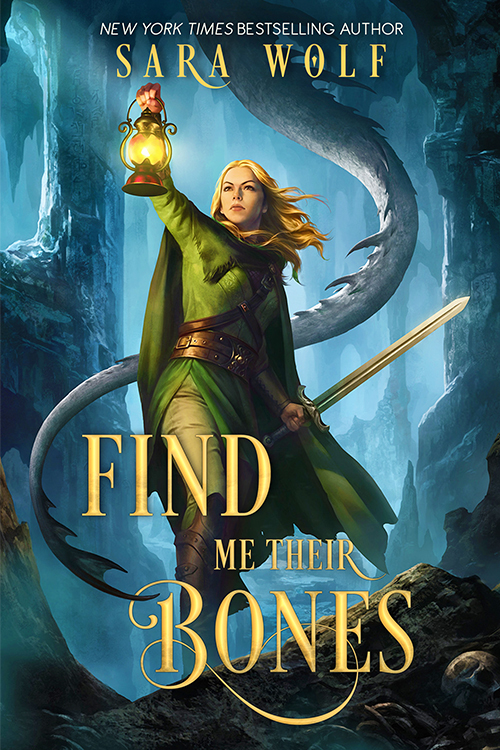 Hey guys! Thank you so much for having me!

It’s officially release week for FIND ME THEIR BONES and I am vibrating into space with the excitement! You’d think after nine books released I’d get over the jitters, but nope! They’re here to stay, baby! And I wouldn’t have it any other way.

Today I’m gonna talk to you guys about something super important to me; characters! If you haven’t read any of my books yet and you love characters first and foremost, you’re in for a ding dang delightful surprise. If you HAVE, you know that characters are the backbone of my writing – my first complete stranger review ever (when I was fourteen) said ‘Great characters, terrible everything else’, and I’ve hung on to that as maybe the funniest and truest review I’ve ever had. I’m learning how to do everything else, though! SLOWLY. And with great care.

So how do I make these characters great? Listen, I only half-know. I’m the sort of writer who doesn’t try to think to hard even though I probably should. I just start writing dialogue and blackout halfway through, and when I wake up there’s a scintillating new character I have to deal with, screaming and pooping their diaper across the page. It is both a divine burden and an infernal curse. I love them all equally, though.

Seriously, though. A lot of lovely people ask me all the time; ‘How do you write your characters? Are they based on anyone?’ And part of me is like, yes. Because they are! They’re based on me, or rather, facets of my personality that come out at any given time. Mostly, I construct characters around feelings I’ve had lately. For instance, Jack from LOVELY VICIOUS was a character I constructed around shutting yourself off from the world because of depression. That’s a feeling I was experiencing keenly at the time (and still do! Though, I’m better at managing it now!). Isis, the girl he falls in love with and plays opposite him, was a character I built around my own desire to break free of that icy shell of depression – I wanted someone like Isis, with all her spunk and fire, to come save me. In truth, she was inside me all along, helping me. Together, they made the perfect pair.

Zera and Lucien from BRING ME THEIR HEARTS and FIND ME THEIR BONES are very similar! I wrote Zera to grapple with my fear of losing my depression, specifically, all the ways I’d built up to cope with it. The ways I built to cope became who I was, and it wasn’t always a good thing. They were temporary bandaids that became foundations, and that’s usually unhealthy. Lucien, in the same vein, is all the good intention of wanting to become a better person – he’s my own inner voice gently and unerringly loving me for who I am, and encouraging me always to become better. Their story is still unfolding, but it’s a beautiful one, and I’m excited for you all to read it in FIND ME THEIR BONES and the third and last book (title TBA!).

One person who comments will win a $25 gift card! 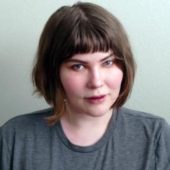 Sara Wolf lives in Portland, Oregon, where the sun can't get her anymore. When she isn't pouring her allotted life force into writing, she's reading, accidentally burning houses down whilst baking, or making faces at her highly appreciative cat. She is also the author of the NYT bestselling Lovely Vicious series.