I’m excited to be here and talk about my new release Vow of Silence. One of the things that I love about this book, and what I think sets it apart from other romantic suspense is the location. I wanted to tell a story that took place in Lancaster County and involved the Amish community. One of the most interesting things I learned during my research was that there are two main Amish groups, the Amish Mennonites and the Old Order Amish. Over time, Amish Mennonite have drifted away from traditional Amish lifestyles and have become more similar to Mennonites than Old Order Amish.

In my study of Amish culture, something I found particularly fascinating was the Ordnung, an unwritten manual that governs all facets of Amish society. The Ordnung exists only in the minds of those who subscribe to its practices. The set of unspoken rules outlines every dictation of Amish life, from generalizations on how to practice religion to minute details about dress, carriage-design, and hairstyle. Violating these rules, some of which differ depending on the Amish district, can result in a member being shunned. 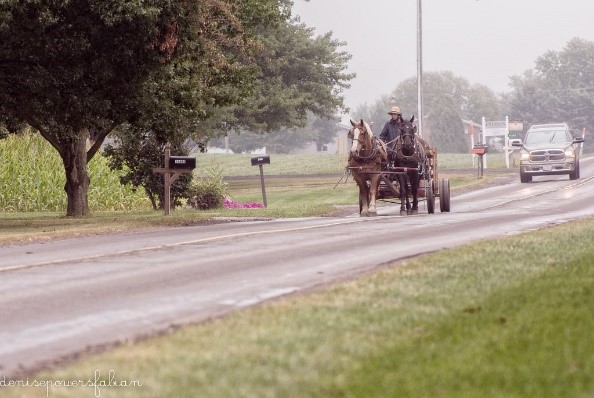 Each district’s Ordnung has evolved over centuries and is gradually amended by church leadership as needed. Since the Ordnung is not written down on any document, the Amish have relied on oral tradition to keep their unspoken precepts alive. The Old Order Amish still use horses and buggies for transportation, speak Pennsylvania Dutch, and avoid technology.

I chose to base Vow of Silence off this group of people because the simplicity and traditions of the Old Order has always intrigued me. I wanted to write a book that tackled the challenges of tradition with the premise of what might happen if the Amish world collided with ours and the violence of our society touched theirs. What would that look like and what would some of those obstacles be?

By far, what sets the Amish apart from many other people in society is that they do not embrace technology. The reason they do this isn’t because they think it’s evil, rather they worry that it will lead to assimilation with the rest of society, and being their own separate independent community is a testament of the Amish faith. For this reason, they do not embrace any sort of mass media like television or 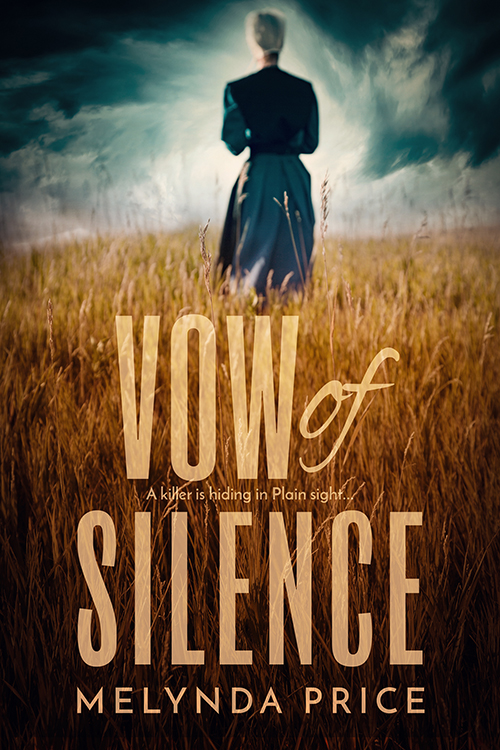 the internet. If they do use electricity, it is often propane, battery, or solar powered and it does not come from public utility lines. A large challenge in writing Vow of Silence was adhering to these limitations while pushing the boundaries of societal norms within the Amish community in a way that made this book feel contemporary and authentic.

One of the ways I was able to blend the Old Order Amish culture with today’s society while maintaining the feel of a romantic suspense, was through the Rumspringa. Starting at the age of 16, adolescents are given a chance to experience the outside world for a period known as Rumspringa. During this time, they are given more freedom from their parents. Since they are not yet baptized, they aren’t under the rules of the church and this gives them freedom from Old Order ways.

Some Amish adolescents wear modern clothes, go to the movies, and drive cars. In some cases, their experimentation has taken a wilder approach and the youth have gotten involved in drugs, sex, and alcohol. Researching the Rumspringa, provided the platform for me to plausibly clash our culture with theirs.

Staying true to the genre I’m known for, Vow of Silence has a dark side, it’s a bit angsty, and very sexy. So many stories written in the Amish setting are sweet, slow-paced romances. The characters can feel simple and one-dimensional. I think it’s a presumptuous error to assume simplicity coincides with ignorance, and it’s a fatal flaw to write a character that appears so. I was sensitive to this and very intentional in developing Hannah’s character.

My goal with Vow of Silence was to write a thrilling Amish-based book that felt contemporary, edgy, and unique. Telling Josiah and Hannah’s story was a roller coaster of emotion and I hope you enjoy the ride as much as I did.

Thank you so much for taking the time to visit me on Writerspace.

Have a wonder day! 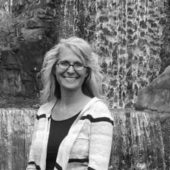 Melynda Price is a bestselling and award-winning author of contemporary romance. Her books have finaled in many prestigious awards such as the RONE, USA Today BBA, Golden Quill, National Readers' Choice, and New England Readers' Choice. Fighting for Control won the 2017 Write Touch award. What Price enjoys most about writing is the chance to make her readers fall in love, over and over again. Her greatest enjoyment is making the unbelievable believable, while taking her characters to the limit with stories full of passion and unique twists and turns. Salting stories with undertones of history whenever possible, Price adds immeasurable depth to her well-crafted books. She currently lives in Northern Minnesota with her husband and two children where she has plenty of snow-filled days to curl up in front of the fireplace with her Chihuahua and a hot cup of coffee to write.

Adapt, overcome, and never give up…