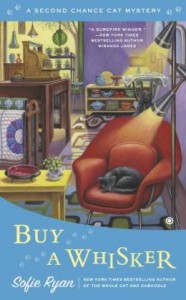 The Second Chance Cat series has, as you can guess from the name, a cat in it. He’s a black cat named Elvis, with an impressive scar on his nose and an uncanny ability to tell when people are lying. The series also has a quartet of senior citizen sleuths: Charlotte’s Angels, better known as just The Angels. Charlotte, Liz, and Rose along with Alfred Peterson—probably the world’s oldest computer hacker—see themselves as a slightly more mature version of Charlie’s Angels. Charlotte and Rose also work for Sarah Grayson who owns a repurpose shop and who keeps getting pulled, reluctantly, into their investigations.

As I’m writing, I often think about my mother’s friends. I would sometimes be recruited to drive them around. These senior ladies had opinions on everything and they weren’t shy about sharing them, including one hilarious and slightly embarrassing conversation about the merits of going commando in an August heat wave. (You might be surprised what side they came down on.)

This is a short excerpt from Buy a Whisker, the newest Second Chance Cat mystery. Rose has been evicted from her apartment and the others are trying to help. While this conversation didn’t happen with my mother’s friends, it easily could have.

I knew she’d only originally agreed to the move to the seniors’ apartment complex to put her daughter’s mind at rest. Getting evicted was the perfect out for her. I looked at her without saying anything. Her cheeks grew pink and her gaze slipped away from mine. I was right.

I looked at the letter again. It was dated the second week of January—two weeks earlier. “How long have you known about this?”

“Why didn’t you say something?”

I turned my head to look at her. “Pots and kettles, Liz,” I said, raising one eyebrow.

Her mouth moved, but she didn’t say anything else.

“I wanted to get my ducks in a row before I told you all,” Rose said, looking around at all of us. She sounded a little less defiant and a little more embarrassed than before.

“And did you?” I asked gently.

She sighed. “Not exactly.”

“Rose, do you have somewhere else to live?” Liz asked.

“Not yet.” Her chin came up. “I’m still weighing my options.”

“Well, while you’re weighing them, you can move in with Avery and me,” Liz said, nodding her head as though everything were settled, which I knew it wasn’t.

“Say yes,” Avery immediately said, a huge smile stretching across her face. “Please. Right now I’m the only one who cooks. If Nonna made a cake, even a dog wouldn’t eat it.”

Liz shot her a look. She could actually cook. She just didn’t see why she should.

“Thank you both, but no,” Rose said firmly. She looked directly at Liz. “How long have we been friends?”

“Not as long as it feels, sometimes,” Liz retorted.

“If we lived together, I’m sure I’d try to smother you in your sleep by the end of the second week,” Rose said, her expression completely serious.

Liz narrowed her blue eyes. “Are you implying I’d be difficult to live with?”

“I’m not implying it,” Rose retorted. “I’m coming right out and saying it. You would be difficult to live with. I don’t want to ruin our friendship, and I don’t want to go to prison because I put a pillow over your face.” She leaned toward me. “Although I could probably get off for justifiable homicide.”

“I heard that,” Liz said. “And I am not difficult to live with.”

Beside her, Avery gave a loud snort.

I knew she wasn’t serious. So did Avery.

Avery held up her hand, the fingers spread wide apart. “Five words, Nonna,” she countered. “You can’t program the DVR.”

“Rose, would you live with me?” Charlotte asked.

Rose half turned to smile at her friend. “Thank you,” she said. “But you don’t have anywhere to put me, and I’m not putting you out of your room.”

An ice dam on the roof of Charlotte’s house just after New Year’s had caused a leak in her spare room. The roof had been patched and Nick had pulled up the soggy carpet, but the ceiling and one wall still needed to be repaired, and given Nick’s schedule, who knew when that would be.

Rose held up a hand, “And before anyone gets any ideas, I’m not living in sin with Alfred. He already offered.”

Avery opened her mouth to say something, but Rose cut her off.

“And we’re not getting married, either, in case anyone has any ideas.” She leaned toward me again. “Remind me that I need to get some Bengay. I think Alfred pulled something getting up off his knees.”

BUY A WHISKER can be purchased in mass marketpaperback or eBook format
for/from: 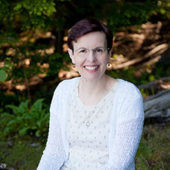 New York Times bestselling author, Sofie Kelly, writes the Magical Cats mysteries, set in the small town of Mayville Heights, Minnesota. As Sofie Ryan, she is the author of the popular bestselling Second Chance Cat mysteries that feature repurpose shop owner, Sarah Grayson, a group of senior sleuths and the world’s oldest computer hacker. Sofie has been a late night disk jockey—which explains her love of coffee—and taught absolutely terrified adults how to swim. Like Kathleen Paulson in the Magical Cats books, she practices Wu style Tai Chi. Sofie is also a mixed-media artist and likes to prowl thrift shops looking for things to re-purpose in her art. 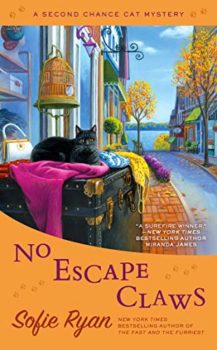 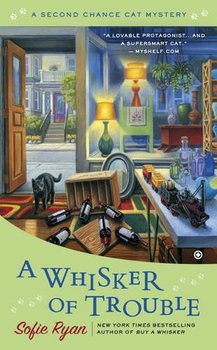 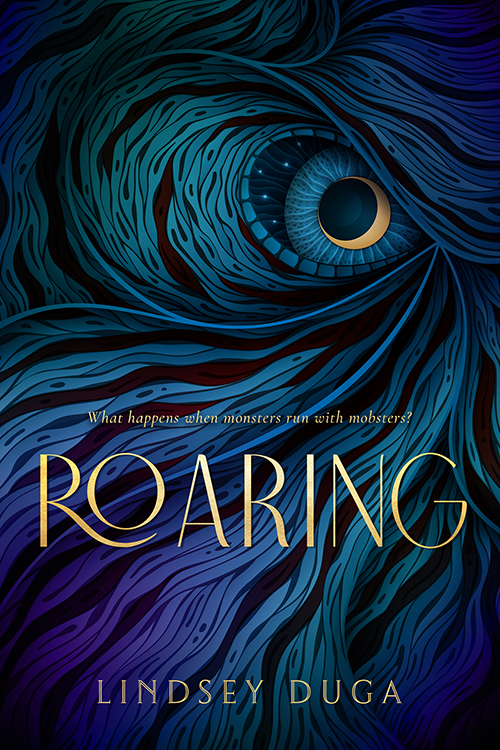