I have an author friend with a creative muse named “Boris.” When brainstorming together we often invoke the WWBD question. She is a talented author and a good friend, so the existence of Boris is an accepted given in our interactions.

Do you find the muse or does the muse find you? While pondering this very question, I decided since Boris was busy musing my friend, I’d settle for Bullwinkle J. Moose. In my mind, WWBD quickly became, “What Would Bullwinkle Do?”

Recalling that I had one of those bendy-rubbery figures of Bullwinkle somewhere in my box of old memories, lost dreams, and sentimental tchotchke, I desperately sought him out. If nothing else, I’d sit him by my keyboard just in case he’d taken up a second career as a muse. When I finally found him, his wiry arms were wrapped around a deck of tarot cards that I forgot I owned.

WWBD indeed? I sat both items by my keyboard and stared into Bullwinkle’s crookedly painted on eyes for inspiration. Nothing. Not one to give up so easily I pried the tarot deck from his hands (hooves?) and gave them a good shuffle. Of course I felt ridiculous, I hadn’t touched those cards since my old existentialism phase.

Swallowing down my embarrassment along with a gulp of cheap wine (Moscato) I laid out a straight three-card spread. I got The World, The Hermit, and the Ten of Pentacles. I had no idea what the cards were supposed to mean. After another gulp of wine (wine, I have decided, is the fuel for mooses and muses), I fired up my Google machine and sought out answers.

There’s a dancing figure on my World card and it turns out it is dancing to the rhythm of life. As a former belly-dancer, I feel connected to this card already. The World card symbolizes a moment of nirvana when “self” and “other” become one linking you will all humanity, environment, and the animal kingdom.

The Hermit card seems to taunt me. Writing is a solitary endeavor; maybe I’m meant to go it alone without a muse. The good news is that The Hermit is associated with wisdom & power. The Hermit must disconnect themselves from the noise created by others to seek the answers within.

The Ten of Pentacles is a busy card; there’s an old man in a colorful robe, dogs, a child, some other people (related?), a peek at a large building in the distance, and a clutter of ten pentacle stars. Something about this card bothers me. It’s chaotic and it’s meaning isn’t as straight-forward as the first two. Apparently, it is supposed to symbolize a life-long journey where everything turns out in the end even though the path was long and bumpy.

Now what? Bullwinkle, stupid smile never slipping, offers no guidance whatsoever. I open the document with my latest work in progress and stare at the blinking cursor. But then my mind starts to wander…damn it, it’s working.

I decide to make the hero of my story hermit-like. He hides from people avoiding all their noise and drama. He walks around at night where he’s sure to be alone with his thoughts. Suddenly I have him on a long, bumpy journey to his happily-ever-after with a heroine who side-steps and sways her way through the rhythm of her life. I’m calling it ABOUT AN EARL. Here’s the buy link if you’re interested: http://bit.ly/ENTAboutanEarl

Maybe Bullwinkle really is my muse. Please don’t mention it to Boris. If you study tarot, I’d appreciate another view on my cards. If you have a creative muse, I’d love to hear about it. Please comment below, I’ll be giving away a $10 Amazon gift card to one lucky commenter. 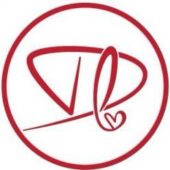 Diana Lloyd, mother of gingers, first of her name, is a stay-at-home wife, a hockey mom, and writer of stories with kissing in them. Diana defends her writing time like a rabid goalie while simultaneously volunteering for things she doesn't really have time for. Diana is a member of Hearts Through History chapter of Romance Writers of America and was a 2017 RWA Golden Heart Finalist. Her Regency romp, HOW TO TRAIN YOUR BARON, the first book in the "What Happens In the Ballroom" series, was released in 2018.