Three bestselling superstars and one exciting new voice in paranormal romance in a hot new anthology.

When it comes to sexy werewolves, fairies, and magic, there's only one place for readers to go this winter: Over the Moon.

Angela Knight ventures to the borders of Mageverse, a land ruled by vampire knights. In "Moon Dance," werewolf aristocrat Elena Livingston seeks the help of cop Lucas Rollings. Though Lucas hasn't been a Dire Wolf long, he's willing to take on her vicious would-be finance in single combat. But that's not all she needs...

Read an excerpt from Moon Dance

And Sunny discovers a Mixed Blood Queen in command of a new realm in Mona Lisa Three.

MaryJanice Davidson returns to the wicked lair of the Wyndham werewolves in Driftwood.

Virginia Kantra finds magic and wonder in a strange fairy kingdom in Between the Mountain and the Moon. 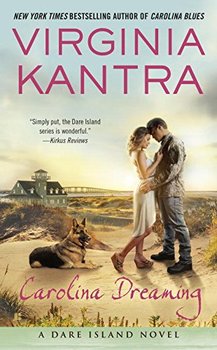